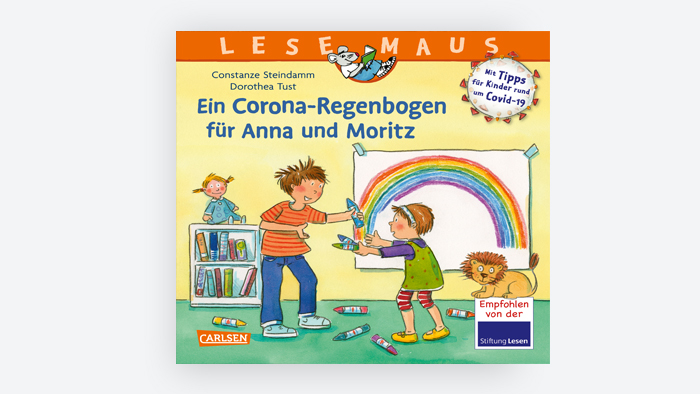 Whenever China is blamed for starting the COVID-19 pandemic, its government reacts. By describing it as the "Chinese virus," former US President Trump drew Beijing's ire for making the country responsible for the pandemic situation. World Health Organization (WHO) experts visiting China were also treated with more than just suspicion when they arrived at Wuhan province to investigate the origins of the virus.

Chinese artist Ai Weiwei, who routinely uses his creativity to criticize the Chinese government, also got a taste of Beijing's disapproval when he aired his film Coronation, which documents the heavy-handed measures taken by Chinese authorities during the lockdown in Wuhan. 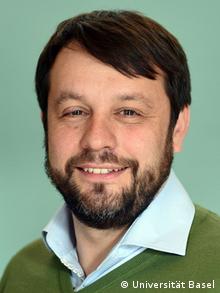 "The People's Republic of China is trying to control how we think and talk about China. They feel there should only be good stories about China," says Ralph Weber, associate professor for European Global Studies at the University of Basel and an expert of Chinese relations.

And that attitude now has an impact on a children's book published in Germany, which stated, "the virus came from China and has spread from there all over the world." Beijing wasn't exactly pleased.

Written by author Constanze Steindamm and illustrator Dorothea Tust, the book, whose German title translates as "A Corona Rainbow for Anna and Moritz," was published by the Carlsen-Verlag publishing house in Hamburg. It aims to provide "the most important tips for daycare centers and elementary schools on how to behave properly during coronavirus pandemic," the publishers said, adding that it was an "affectionate nonfiction story."

Carlsen publishing house explained that the book was about "explaining the far-reaching changes to everyday life during the pandemic as well as the hygiene precautions and behavioral measures that children and adults alike can take to protect themselves from infection."

"It was important to the publishers to offer such a book as quickly as possible in the spring of 2020 to convey these aspects in a way that is suitable for children and based on facts, providing tips for behavior in everyday life."

The Chinese consulate in Hamburg promptly threatened the Carlsen publishing house with filing criminal charges, demanding the recall of the book as well as a public apology.

Carlsen publishing house complied with the demand, telling DW that it had "stopped delivery of the book." A new edition with a different wording regarding the origins of the virus is already in the making.

The publishing house said that the original version had been in line with what was being reported at the time of the release of the first edition, adding that "today we would no longer use this wording, as its meaning has proven to be far more open to interpretation than we had intended."

But why does a powerful nation like China choose to intervene at all with the wording in a children's book, of all things — especially taking into consideration that the book was launched with a relatively small initial print run of just a few thousand copies? And how can it be that a major German children's book publisher agrees to bow to pressure from Beijing, nearly 7,500 kilometers (4,600 miles) away?

The Carlsen-Verlag publishing house is keeping its lips rather sealed when approached for commentary. The same is true for the Bernhard Nocht Institute for Tropical Medicine in Hamburg, which had advised the publishing house on the children's book. 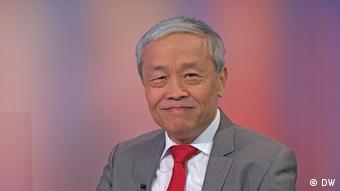 Chinese journalist Shi Ming highlights how politically sensitive the issue truly is: "In the beginning, the Chinese propaganda itself said that the disease had first started in China. It even referred to it as 'Wuhan pneumonia.' But now, it wants to erase the memory of the virus' origins with a worldwide political correctness campaign."

Shi also told DW that Beijing fears its image in the world could suffer, and that immeasurable compensation claims could ensue if the virus was positively linked to China. To combat this threat, China is leaving no stone unturned when it comes to the global narrative on COVID-19.

Ralph Weber, who lived in China himself for some time, says that Beijing rather wants to present a narrative that highlights, for example, "how China fought the coronavirus pandemic with great efficiency." Working on China's image, at home and abroad

But China's strategy goes beyond showcasing hospitals built in a week or lockdowns implemented with military precision: "It also involves telling people in China that things are not going so well in Europe; that the European model needs an overhaul, that it has failed, that democracy as practiced in Europe doesn't work," Weber told DW.

This is exactly how the People's Republic casts itself in a good light — at least at home — making its own brand of authoritarianism look socially acceptable to its own people, says Weber.

The case of the Carlsen publishing house did not surprise the political expert at all; Weber says it is rather part of a pattern: "For a long time now, China has been influencing cultural life in Europe, and perhaps we haven't noticed that so far."

"A lot is being done to ensure that we talk much less today about Tibet, Tiananmen or Taiwan, for example," says Ralph Weber, listing how Chinese authorities from consulates to embassies are trying to create a positive image for example by sending dance groups around the globe or by offering free events at China's worldwide Confucius Institutes.

As a major publisher, could Carlsen have tried to defend itself against Chinese influence? Perhaps, says Weber, "but the question is rather, what would have been the consequences..."

Indeed, some insiders suspect that regime-loyal members of the Chinese community could have made life difficult for the publisher through letters to the editor or bad reviews on book sales portals. This is where the intervention of democratic states is called for, according to the Swiss political scientist: "Nobody will be strong enough on their own."

Coronavirus: One year on from the WHO's pandemic declaration

March 11 marks one year since the World Health Organization described COVID as a pandemic. With vaccine issues still prevalent, the end of the coronavirus is not yet in sight.

Artist Ai Weiwei created the film "Coronation" to reflect what happened in Wuhan, the first city in the world to deal with COVID-19.