Germany is second only to China when it comes to investing in renewable energy. Global spending on small-scale wind and solar energy, two German fortes, has been especially high, according to a new environmental study. 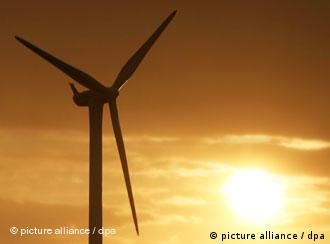 Investment in renewable energy hit a new high in 2010

Investment in renewable energies has recovered from the global economic downturn, with China and Germany leading a boom in the industry.

Germany doubled its investment in renewable energies in 2010 to $41.2 billion (29 billion euros) to move past the United States and into second place worldwide, according to a study released on Tuesday by the Pew Charitable Trusts.

China was named the world's leading renewable energy investor with a $54.4 billion investment, up from $39.1 billion in 2009, according to the US non-profit group's study.

The US increased its investments by 50 percent to $34 billion. Italy was the fourth largest investor in clean energy with $13.9 billion.

Using figures compiled by Bloomberg New Energy Finance, the PEW report estimated that total global investments in the clean energy sector in 2010 reached $243 billion, an increase of 30 percent from 2009 when the sector stagnated because of the global recession. 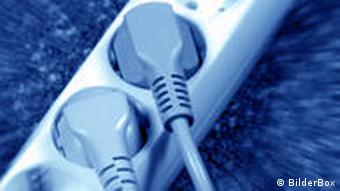 More power is coming from clean energy than ever before

Overall investments in clean energy, which exclude nuclear power and research and development funding, in the Group of 20 major economies rose 33 percent last year to $198 billion amid recovery from recession, the report said.

The G-20 accounted for 90 percent of global investment in clean energy.

The study showed that 40 gigawatts of wind and 17 gigawatts of solar energy were installed during 2010, taking the global clean power capacity to 388 gigawatts. 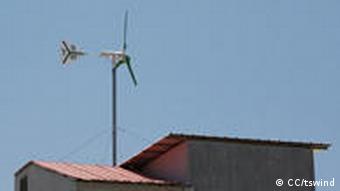 Use of small-scale wind power is increasing

Europe was the leading recipient of clean energy finance with a total of $94.4 billion, led by more than 100 percent growth in small-scale solar installations in Germany and Italy, the report said.

The solar sector, however, also experienced significant growth in 2010, with global investments increasing by 53 percent to a record $79 billion and more than 17 gigawatts of new generating capacity.

Germany accounted for 45 percent of global solar investments in 2010 and was the world leader in photovoltaic solar technology with some 17,500 megawatts of solar capacity.

Among the first countries to introduce feed-in tariffs, Germany has benefitted from the premiums paid to those producing energy from renewable sources by luring companies to the country, the PEW report said.

Despite leading the world in terms of greenhouse gas emission, the study named China "the world's clean energy superpower."

China accounted for more than half of the market for new wind turbines in 2010 and is an important player in the renewable energy market, according to Gsänger.

"China is doing a lot to support renewable energy," he said. "Within four to five years China moved from being a minor market to the top market. China is showing the rest of the world it wants renewable energy, and in terms of wind energy you cannot say that China is in any way neglecting investment."

More than one third of Germany's 21,500 wind turbines are located in the nation's east. This concentration of generating capacity regularly overloads the region's electricity grid, threatening blackouts. (26.03.2011)

Famed for having the steepest wine-growing mountains in Europe, the Rhineland county of Cochem-Zell is engaged in an uphill climb to ward off climate change - by working to become a carbon-neutral region by 2050. (24.03.2011)