China flexes muscles at home and abroad | News and current affairs from Germany and around the world | DW | 15.11.2012

China's new leadership has to walk a fine line between keeping a balance at home and throwing its weight around abroad. The rest of the world will be watching closely, writes Wenfang Tang for DW's Transatlantic Voices. 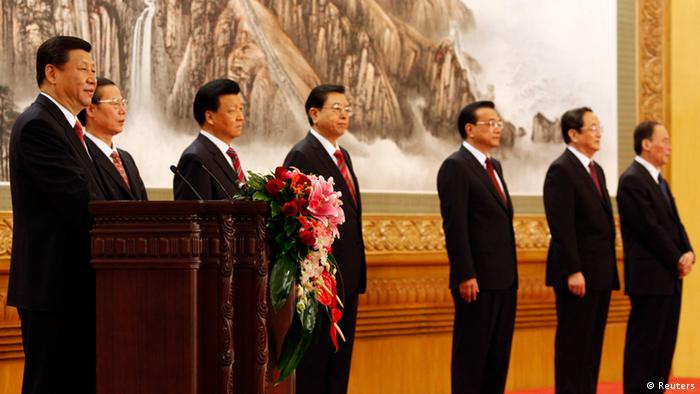 The world has been watching with interest the recent 18th National Congress of the Communist Party of China (CPC) because it will bring in a new generation of leaders who will likely rule the world's second largest economy, the most populous country and the largest authoritarian state for the next 10 years.

While the personalities and past experiences of these new leaders are important predictors of their future behavior and policies, three things will likely happen in the next decade regardless of who is leading the country: China will become the largest economy in the world, China will be pushed to front stage in international politics, and China will slip into a populist authoritarian state.

During its National Congress, the CPC officially set its goal for the next 10 years to develop China into a "moderately prosperous society." Specifically, China plans to double its total GDP and per capita GDP by 2020.

The unstated ambition, however, is to make China surpass the US and become the largest economy in the world, at least when GDP is measured by purchasing power parity (GDP/ppp).

In 2011, China's GDP/ppp was at the level of 75 percent of the US economy. In the future, if China grows at a conservative rate of 6 percent and the US at an optimistic 3 percent, China will surpass the US and become the largest economy in the world no later than 2021.

It is true that the Chinese economy has slowed down in recent months after experiencing double-digit growth in the past 30 years. Critics often cite the problems in China's economy, such as state-sector domination, bad loans, and inadequate domestic consumption. Indeed, the government has lowered its expected target to 7.5 percent for 2012.

Yet most economists seem to agree that there is still room for the Chinese economy to expand, given its previous investment in infrastructure, low debt to GDP ratio, continued supply of low-cost labor from inland provinces, low inflation and most importantly, China's political determination to promote economic development at any cost.

In the 1980s, China's paramount leader Deng Xiaoping used to warn those who ran the country to "stay low and bide your time." He believed that China should stay away from the international spotlight and instead focus on economic development. For Deng, the final say in international politics came from power, not from rhetoric.

Although that time-biding mentality began to fade as China surpassed Japan and became the second-largest economy in the world not long ago, Beijing's new leaders will have to manage a decisive shift into a higher gear when China's economy jumps into the first place ahead of the US. The new leaders will be forced to interact with the West more frequently in international affairs, whether or not they feel ready to do so.

Although they have traveled abroad in recent years and their daughters and sons are studying in prestigious schools in the West, this new generation of leaders grew up before their country was integrated into the world economy. Compared with the leaders in many other countries, they are less comfortable in dealing with the outside world. It is too early to say for certain that they will have the confidence, knowledge and patience in interacting with the West. 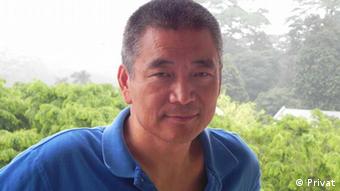 On the other hand, as China continues to rise, its new leaders will no doubt become more assertive. They will likely flex their muscles more often, particularly in response to perceived threats to China's "core interests" of territorial integrity in Tibet, in the Muslim region of Xinjiang, in the South China Sea, and in its territorial disputes with Japan.

With its economic might and the perceived threat from the US "pivot" to the Asia Pacific region, the new leaders will continue to expand China's military modernization programs, including its air force, deep-water navy, space program, and its information warfare capability.

Finally, the new leaders in China will seek to promote regime support through what I call "populist authoritarianism."

Many observers have noted the rise of mass protests in China in recent years. They tend to see these incidents as signs of the weakening of the CPC's rule and the beginning of the collapse of the current regime. They support the "crisis" view by pointing to problems such as mounting corruption, social inequality, environmental pollution, and growing public dissatisfaction with food safety.

Yet many public opinion polls conducted by independent scholars and organizations, including a recent Washington-based Pew survey, consistently show that most people in China are happy and supportive of their government.

So why do mass protests and regime support coexist? One explanation is the populist tactics the CPC uses to tolerate and sometimes even encourage mass protests in order to screen out the unpopular local officials and bad economic projects, hence showing its command of a better way of governance.

A closer look at the recent mass protests shows that most of them are against local economic projects, local environmental pollution, local land disputes, and unpopular local officials. The provincial and even the central governments often directly interfere in solving these problems. They make protesters feel that the higher level governments are responsive to their demands, and protestors in turn are willing to show their loyalty to the regime.

In this process, however, the masses often take justice into their own hands and disregard any rules, regulations and the legal process. The direct link between the top elites and the bottom of society further discourages the development of intermediate social organizations such as independent labor unions, which serve as the buffer zone between the state and its public in a civil society.

In this populist authoritarian state, the CPC will enjoy public support and China will not become democratic anytime soon. Yet such direct political mobilization implies profound political instability, as the enormous political energy the public may unleash can quickly turn into a negative force if the regime fails to respond promptly to people's demands.

It is this inherent political instability that will keep China's new leaders on their toes for the next 10 years, as they seek to apply appropriate weight on the world stage while also maintaining their balance at home.

Wenfang Tang is Professor of Political Science and International Studies and Stanley Hua Hsia Chair of Chinese Culture and Institutions at the University of Iowa.

Many netizens in China's blogosphere have expressed their disillusionment with the party leadership, despite intensified censorship. Few people expect much from the 18th Party Congress. (13.11.2012)

Nothing much is known about China's political elite, except that those in power and their relatives are extremely rich. They have shared out the economic pie between themselves and are unwilling to give it up. (08.11.2012)