The bill is the latest in a string of laws passed by the government to assist in maintaining a crackdown on dissent. Under the law, denial of the actions of heroes and martyrs and praise of invasions on China are banned. 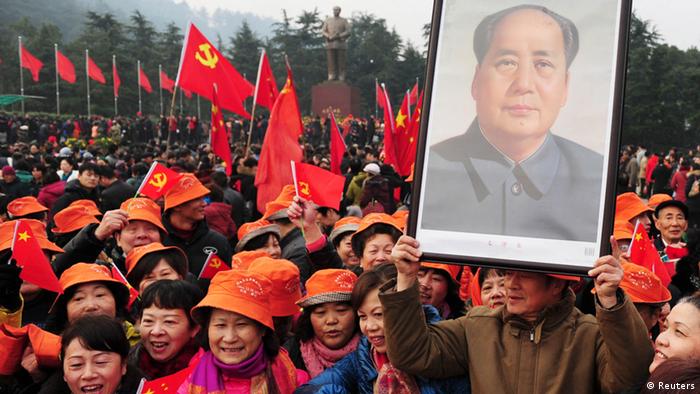 Under the "Heroes and Martyrs Protection Law" it is prohibited to misrepresent, defame, profane or deny the deeds and spirits of heroes and martyrs, or to praise or beautify invasions," according to the official Xinhua news agency's summary of the law.

Those who do so will be punished in accordance with the law and may be investigated for criminal responsibility, Xinhua reported.

Specific penalties that may be handed out under the law were not specified in the statement announcing the law's passing, but it said violators would be pursued by authorities.

The law bans criticism or questioning of the folklore surrounding the 1949 formation of the People's Republic by Communist revolutionaries, and forbids acts that glorify historical events considered unpatriotic, such as Japan's 20th century invasion of China.

The law stemmed from a 2016 case, when a Beijing court ordered a historian to apologize for two essays written in 2013 that questioned if the story of the "Five Heroes of Langya Mountain" — Communist soldiers who jumped to their death from a mountain peak instead of surrendering to Japanese troops — really happened.

Since coming into power in 2012, President Xi Jinping has introduced a number of laws intended to protect China and the ruling party from internal and external threats, as well as maintaining a crackdown on dissent and free speech.

Along with calling for tighter ideological discipline across society and more patriotic education, Xi has even gone as far as adding his name and his political philosophy to the party's constitution.

"Xi Jinping Thought on Socialism with Chinese Characteristics for a New Era," is set to be enshrined alongside that of Mao Zedong, the founder of modern communist China. Former President Deng Xiaoping had his name added after his death.

Academics who have criticized Mao have been silenced or sacked, while propaganda authorities have rolled out a series of media campaigns reminding China's citizens of the party's historical accomplishments.

After Mao's reign, China decided to limit leaders' political power and abandon the cult of leadership. But now Chairman Xi Jinping seems to be turning back the clocks, says Matthias von Hein. (26.02.2018)

China's young Communists in it for the glory

With over 80 million members, China's Communist Party is the largest in the world. But its young members are more interested in helping their own reputation than the teachings of Marx and Mao. (27.09.2012)