Two days before the G8 summit, China laid out a climate change plan that stresses economic growth over tough emissions standards, and warned wealthy countries not to interfere with the growth of emerging economies. 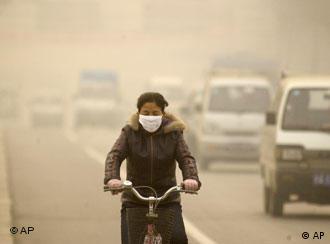 China plans to cut pollution, but won't be held to temperature targets

The Chinese government released its first national plan on climate change on Monday. The plan supported the rights of developing nations to pursue growth and rejected the idea of binding limits on greenhouse gas emissions.

"The international community should respect the rights of the developing countries and allow them enough space for development. The consequences of inhibiting their development would be far greater than not doing anything to fight climate change," said Ma Kai, the minister of China's key Reform and Development Commission.

Ma implied that wealthy nations -- those that have already benefited from emissions-producing industrial booms -- are the ones who should take the lead in cutting greenhouse-gas emissions. 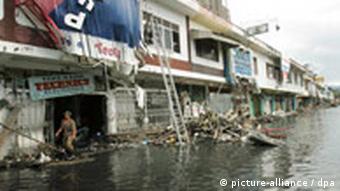 Beijing's plan was released just two days ahead of a meeting of eight leading industrial nations, where global warming is top of the agenda.

UN experts have warned that limiting global warming to two degrees Celsius (3.6 degrees Fahrenheit) is the threshold level to stop the worst impacts of climate change

But while the Chinese plan includes a goal of reducing emissions from key pollutants by two percent a year up to 2010, "our general stance is that China will not commit to any quantified emissions reduction targets," Ma said.

"I'm afraid (that the benefit of a two-degree threshold) still lacks a lot of scientific evidence and dependable and feasible research," Ma said. "There is especially no research that details the economic impact of a two-degree restriction, nor what kind of influence such a target would bring on the development of each nation." 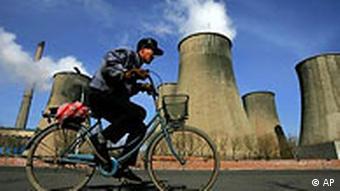 Ma appeared to ignore a May report from the UN's top panel of climate scientists that said annual global economic growth would fall by only 0.12 percentage points if warming was limited to between 2.0-2.4 degrees Celsius.

The UN's International Panel on Climate Change, made up of experts from over 120 nations including China, said nations had the money and the technology to keep global warming to two degrees.

The panel said in an earlier report that increases beyond that threshold could unleash catastrophic consequences ranging from an increase in violent storms to severe drought to rising sea levels.

Ma's comments were specifically aimed at an EU proposal calling for a limit on global warming this century to two degrees, and cutting global greenhouse gas emissions to 50 percent below 1990 levels by 2050. The European bloc hopes to enshrine the proposal in a summit statement of the G8 meeting in Germany this week. 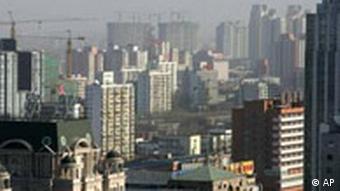 China is the biggest greenhouse gas emitter after the United States.

Meanwhile, former German Chancellor Helmut Schmidt called for an end to the "hysteria" over global warming in the lead-up to the summit. The topic is "hysterical, overheated, and that is especially because of the media," Schmidt told Germany's Bild daily.

There has always been climate change on earth, Schmidt said.

"We've had warm- and ice-ages for hundreds of thousands of years," he said, and added that the reasons behind the multiple climate changes have been "inadequately researched for the time being."

To assume that global climate change can be altered by any plans made at the Heiligendamm summit is "idiotic," he said.

Foreign ministers from Asia and Europe disagreed on Tuesday in the German city of Hamburg on how to respond to climate change, with China telling the EU that nations had "common but differing responsibilities." (29.05.2007)

At a summit starting Thursday, the European Union will seek to thrash out a common policy in fighting climate change, with plans to set tough targets for cutting carbon dioxide emissions. (07.03.2007)

In the surprise announcement, China acknowledged "there is a gap" between current climate efforts and the targets set by the Paris Agreement. The US and China are the world's largest emitters of greenhouse gases.