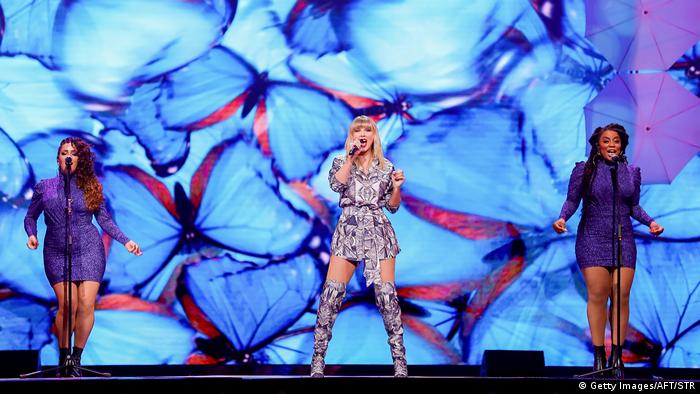 It took only 63 minutes and 59 seconds for sales to hit 100 billion yuan ($14.3 billion). The first billion yuan was spent in the first 68 seconds, according to Alibaba.

Singles' Day has broken sales records every year in its 10-year history. Total sales last year amounted to more than $30 billion, which beats the revenue taken by US retailers on Black Friday and Cyber Monday combined.

A new record is expected again this year, despite a slowing economy partly due to the US-China trade war.

However, the 27% sales growth from 2017 to 2018 was the lowest since the event began in 2009, leading Alibaba, with its main e-commerce platforms Taobao and Tmall, to search for new ways to stimulate consumers' purchasing desires this time round.

The event is named after the calendar date 11/11, with the four ones seen as symbolizing the state of being single. It started out on Chinese campuses as a celebration of the unmarried or unpartnered lifestyle.

This year, the 24-hour shopping fest kicked off with a performance by US pop star Taylor Swift.

Singles' Day is taking place this year for the first time without Alibaba co-founder Jack Ma, who resigned as chairman in September.

In the past, the event has been criticized by environmentalist groups for the large amount of packaging waste generated by the online sales.