Dozens of children and several staff members were wounded in a knife attack at a primary school in south China. The alleged attacker was reportedly a man who worked at the school. 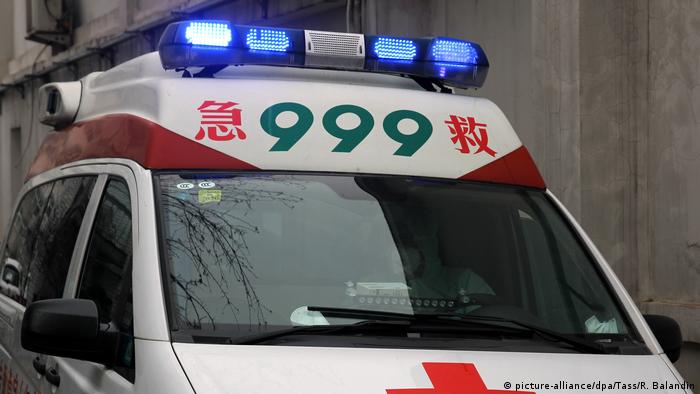 At least 37 students and two adults were injured in a knife attack at a primary school on Thursday, state media reported.

The attack took place at a school in the city of Suzhou in the Guangxi autonomous region, according to reports on Twitter from the Global Times newspaper.

Local authorities later confirmed the attack, saying it occurred around the time when the students would normally arrive for class.

"37 students suffered mild injuries and two adults suffered more severe injuries. All of them were sent to a hospital for treatment, and none of their lives are in danger," the local government said.

Chinese news portal The Paper identified the suspected attacker as a 50-year-old man who works as a security guard at the school, DPA news agency reported.

Police have taken him into custody.

The school’s principal and another security guard were among the injured, The Paper said.

Video footage posted on social media showed children with bandages walking or being carried out of a health center, where a crowd had gathered outside.

Stabbings at schools in China tend to be blamed on mentally ill individuals who are frustrated with society.

Due to strict gun control laws in China, many of these attacks are carried out with knives or home-made explosive devices.

In the aftermath of a spate of deadly school attacks in 2010, China moved to upgrade security at schools by installing gates and hiring security guards.

A woman in China slashed kindergarten students with a knife as they returned to their classroom after morning exercises. China has experienced a number of knife attacks on children in recent years. (26.10.2018)

A man has killed at least three people after stabbing eight children and one teacher at a primary school in eastern China. The man is said to have jumped to his death from a fourth-floor window after the attack. (01.09.2014)