A woman in China slashed kindergarten students with a knife as they returned to their classroom after morning exercises. China has experienced a number of knife attacks on children in recent years. 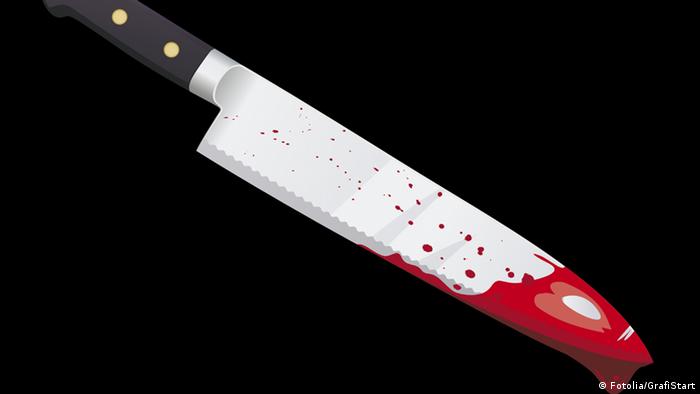 A 39-year-old woman injured at least 14 children in a knife attack at a kindergarten in China's southwestern Sichuan province on Friday, authorities said.

The woman slashed the children as returned to class from their morning exercises about 9:30 a.m. (0130 GMT), police said on their official account on China's Twitter-like Weibo.

The children were evacuated for medical treatment after the police arrived at the scene. Images and video footage posted by local media outlets showed children in blood-soaked clothes and some with knife wounds on their face.

The woman who carried out the attack is currently in police custody and an investigation is ongoing. The motivation for the attack is unclear.

A spate of attacks

Violent crime is rare in China compared to other countries, but has experienced a number of knife attacks in recent years with the blame largely being laid on the mentally ill or people bearing grudges.

In June, a man used a kitchen knife to attack three boys and a mother near a school in Shanghai, killing two of the children. In that case, police said the perpetrator was unemployed and carried out the attack "to take revenge on society."

In April, a 28-year-old man killed nine middle school students as they were returning home. The killer, who said he had been bullied when he attended the school, was executed in September.

In January 2017, a man armed with a kitchen knife stabbed and wounded 11 children at a kindergarten in southern Guangxi Zhuang autonomous region.

A man has stabbed at least 11 children after "sneaking into" a kindergarten in southern China, according to the Chinese media. The police arrested the 41-year-old alleged attacker, but his motives remained unclear. (04.01.2017)

Four people have been sentenced on charges of terrorism in China after a knife attack that left dozens dead and injured. Beijing has blamed tension and violence in its restive Xinjiang region on increasing Islamism. (12.09.2014)

Police in China are searching for a man who stabbed four school children to death in the southern Guangxi Province. It's the latest in a string of violent knife attacks on children in the country in recent years. (26.09.2014)