Protests and rioting have intensified in Santiago, where students are opposing a hike in the price of subway fares. Authorities enacted a state of emergency after a night of vandalism and violence. 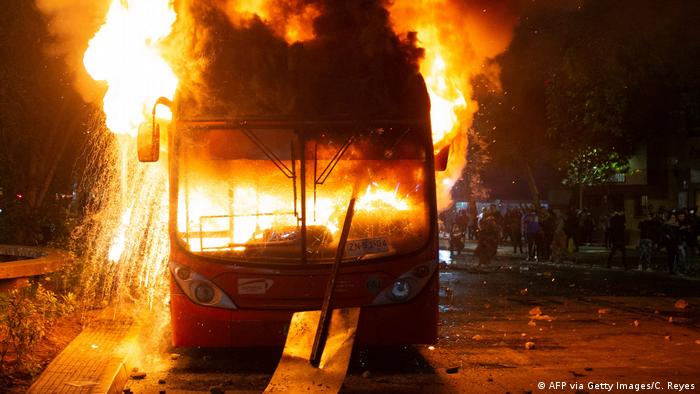 Chilean President Sebastian Pinera declared a state of emergency in parts of Santiago early Saturday morning after protesters started fires at subway stations around the capital.

Student-led protests in reaction to a 4% hike in subway fares have disrupted the city since Monday. What started as mass fare-dodging among hundreds of students turned into violence later in the week, with protesters shattering glass and throwing debris onto the rail tracks. Two buildings in the city center and at least one bus were set on fire.

Students set up barricades and started fires at subway entrances on Friday afternoon and evening, prompting transportation authorities to shut down all lines. Thousands of commuters were stranded on their way home from work.

The government sent soldiers to patrol the streets of the capital for the first time since the military dictatorship of Augusto Pinochet ended in 1990. 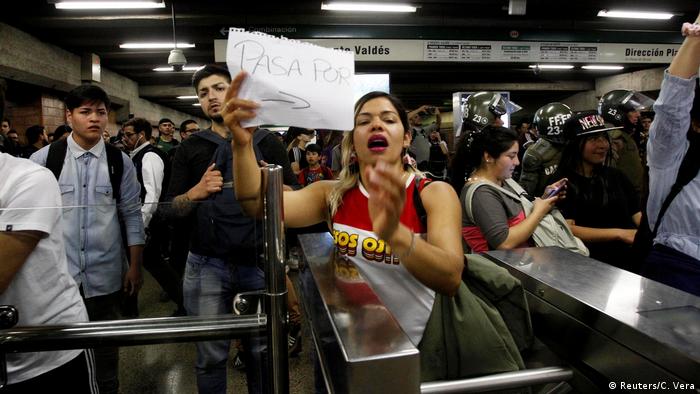 The president said the state of emergency was meant to ensure "the security of residents, protecting goods and the rights of each one of our compatriots who have seen complications from the actions of true criminals." The move gives police extra authority to restrict rights to assembly and movement.

Police already arrested 133 people on Thursday for vandalizing subway stations. Under state security law, people who damage the subway system or prevent it from operating could face three to five years in prison if sentenced.

The leader of the subway workers union reported that at least 16 employees had been injured during the protests. The subway system is likely to stay closed through at least Monday. 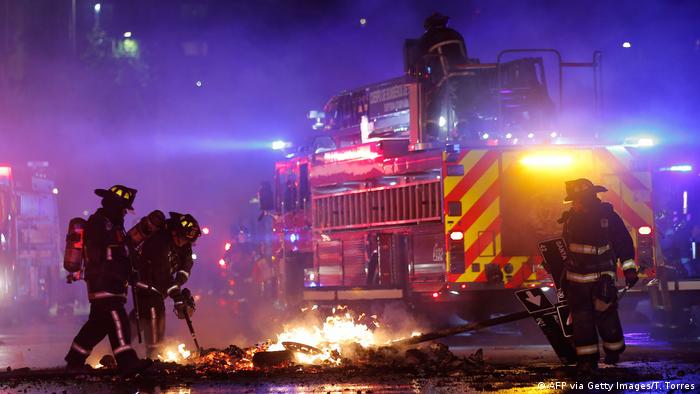 The price hike raises the cost of subway fares from approximately $1.12 to $1.17 (€1 to €1.04). Metro officials say the hike was necessary due to the rising costs of fuel and maintenance as well as the devaluation of Chile's peso currency.

Chile is among the wealthier nations in Latin America, but there is significant economic inequality among its citizens.

Some student groups have called for protests to continue.

Pinera condemned the protests in a radio interview on Friday, saying, "The subway is vital for all the inhabitants of the Metropolitan Region. We all have the right to express ourselves, but not to destroy."