The government has issued a state of emergency and extended a curfew for the second consecutive night in Santiago. It's unclear if reversing transport fare hikes will calm violent unrest that has left three people dead. 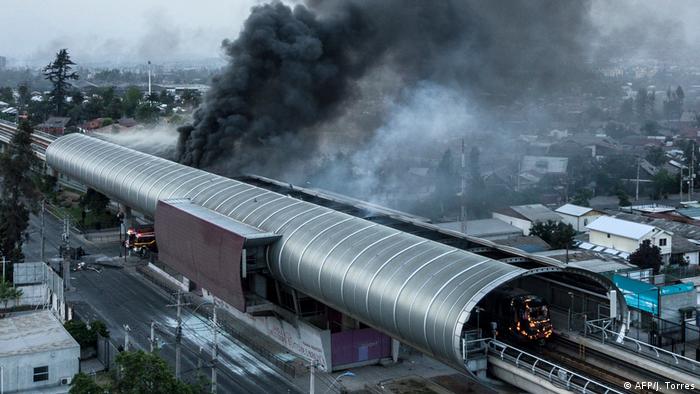 Three people died in a fire at a looted supermarket in Santiago early Sunday amid violent clashes between protesters and police.

They were the first deaths in almost a week of demonstrations against a hike in public transport fares.

Chilean President Sebastian Pinera on Saturday announced he would reverse the price increase, a day after declaring a state of emergency to quell the unrest.

"We are going to suspend the metro fare hikes," Pinera said in a televised statement. "I have heard with humility the voice of my compatriots." 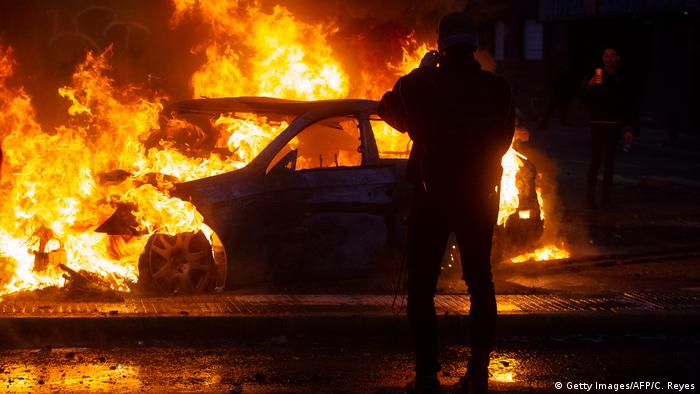 Despite Pinera's statement and a government state of emergency, protesters continued to march through Santiago even after the announcement.

Authorities in Santiago, the capital, extended a curfew for the second night in a row after Sunday's clashes in an attempt to contain the violent demonstrations, looting and arson.

The protests began on Monday over an increase in metro fares from the equivalent of $1.12 to $1.16 (an increase of €.02), but morphed into an expression of broader discontent at the cost of living in one of Latin America's wealthiest and most unequal nations.

What started as mass fare-dodging led by students turned into violence and vandalism in the course of the week, with fires set to metro stations and damage done to others in the capital, Santiago. About 9,400 military personnel have been deployed in a bid to keep the peace, according to the Department of Defense.

Pinera acknowledged that demonstrators had "good reasons" to protest.

"But nobody, nobody, has a right to behave with the brutal illegal violence of those who have destroyed, set fire to or damaged more than 78 stations of the Metro of Santiago," the president added. 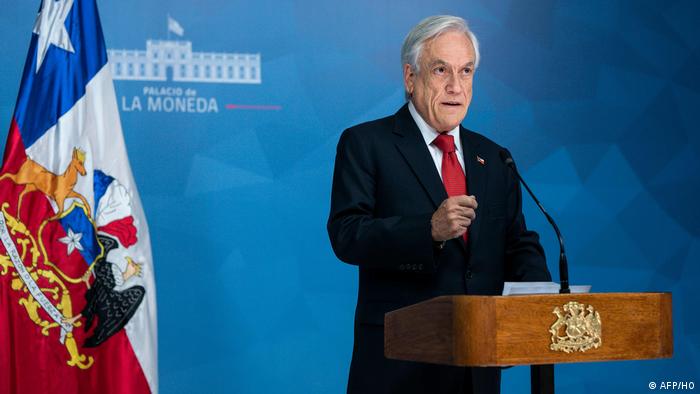 Santiago's mayor, Karla Rubilar, told reporters on Sunday that two people burned to death in a fire at a store controlled by US retail chain Walmart, while a third person died in hospital.

Officials said 156 police officers and 11 civilians have been injured and more than 300 people arrested.

It was unclear if the concession on transport fares would appease protesters.

Pinera announced a state of emergency on Saturday morning and soldiers patrolled the streets for the first time since the military dictatorship of General Augusto Pinochet ended in 1990. A curfew was imposed on Saturday night into Sunday morning.

On Friday, the Santiago Metro said it had stopped operating all six lines until at least Monday due to damage, stranding thousands of commuters.

Officials said the fare hike was necessary because of rising costs of fuel and maintenance as well as the devaluation of Chile's peso currency.

Iran turns down nuclear talks with US 3m ago

Myanmar: At least 18 dead in crackdown on anti-coup protests 1h ago