More and more parents are selling their children out of economic desperation across Iran. Unfortunately, the government is suspicious of NGOs wanting to help. 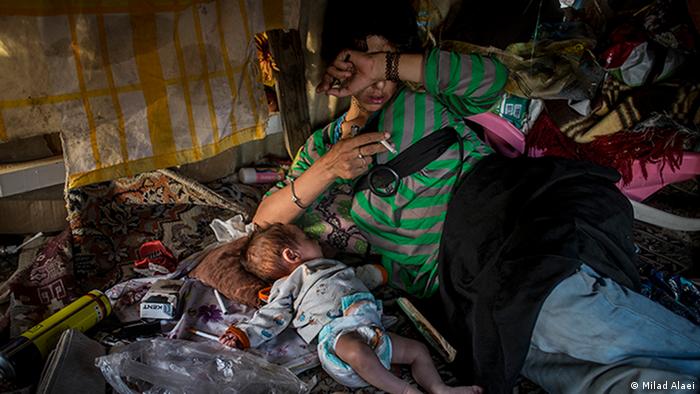 There is much to buy on the streets of Tehran. Iran's capital offers alcohol, drugs, sex, healthy kidneys and even infants. "It isn't new that babies are sold on the street," Shiva Nazar Ahari told DW. "It is on the rise, however. Desperate people aren't only selling their organs, but also their kids."

The 32-year-old activist lives in Tehran and has been an advocate for women's rights and street children over the last decade. In the past several months she has seen the issue being taken up more by society in general.

In October, Habibollah Massoudi Farid, vice chair of the state welfare organization, confirmed what had been the focus of internet sites and respected newspapers for months: Parents selling their children. 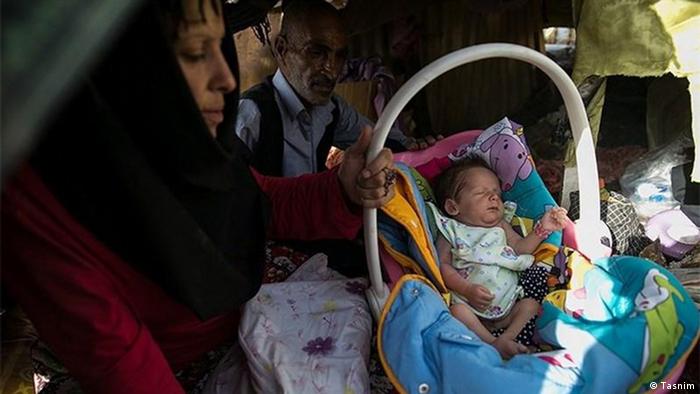 A drug addicted mother offers her baby for sale in Tehran

The drug-addicted and homeless as well as prostitutes are known to sell their babies near Tehran's hospitals shortly after giving birth to them, said Fatemeh Daneshwar of the city council in September. Bands of beggars and drug dealers buy the children for between 25 and 50 dollars.

"The babies are often HIV positive, or themselves addicted. Unfortunately, many don't live very long," Daneshwar said. She has called on city residents to inform the authorities when they see beggars with small children, rather than give them money. A young mother and Tehran resident, Bahareh, cannot understand that. "Every day I see dozens of women begging on the street with poorly clothed children or babies. Are the authorities blind that we have to call them?" she told DW. "They are everywhere." 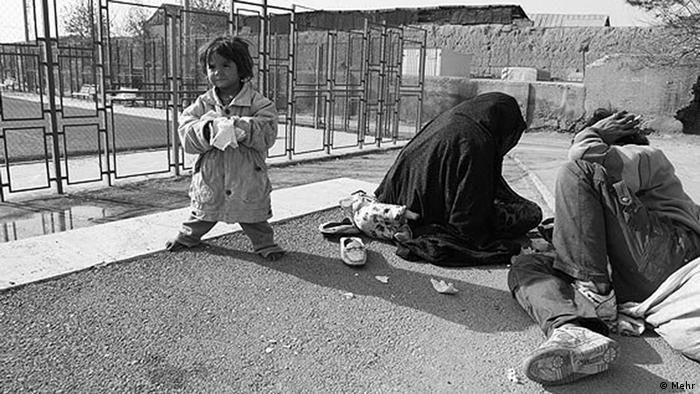 A homeless family in the Iranian capital

Countless job seekers come to Tehran, home to about 14 million people, from poorer parts of the country. Many are quickly disappointed. Iran's economy has languished for years. The anticipated improvement, thanks to lifting of international sanctions following the nuclear deal in 2015, has not yet materialized.

October oil exports were three times higher than at the same time last year, yet only half of the approximately 1.2 million jobs needed to keep pace with young people entering the workforce every year are created, according to official statistics. Women are especially affected. Some parts of the country see unemployment among women as high as 70 percent. The jobless in Tehran often turn to begging, prostitution or drug dealing.

Drugs are a booming business, despite the threat of death, if caught and convicted. One hundred people start using drugs every day and 70 percent of them become addicted, according to an official government report. Three million of the country's nearly 80 million people are estimated to suffer from drug addiction. Nine percent of those are women. 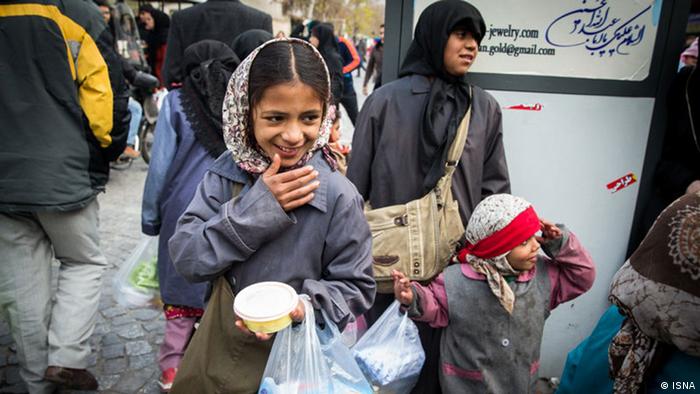 "Not every mother or family who sells her baby or child is drug addicted," said Mahoud Lotfi of the Tehran NGO, "For Children's Rights." "Many families suffer from extreme poverty. They are desperate. They sell their children in the hope they will find a better future. The children often end up with beggars. Or they become street workers."

State authorities alone cannot manage these problems, said Shiva Nazar Ahari, however, the authorities are loathe to tolerate activists like her. Shiva has been imprisoned several times, including on charges of "spreading propaganda against the system," for which she spent nearly all of 2010 in prison, barred from completing her studies.

"We have to be very careful and avoid what the authorities find unfavorable," she said. "Every organization not under the government's umbrella is undesired. But the government has to trust us. We just want to help."

Books in Iran, in general, are subjected to a strenuous approval process. But, the glorification of violence, even in children's books, does not appear to be a problem. (27.10.2016)

Official Iranian media say Tehran has hanged a nuclear scientist for spying for the US. However, the circumstances of his life and death remain mysterious. (07.08.2016)