Books in Iran, in general, are subjected to a strenuous approval process. But, the glorification of violence, even in children's books, does not appear to be a problem. 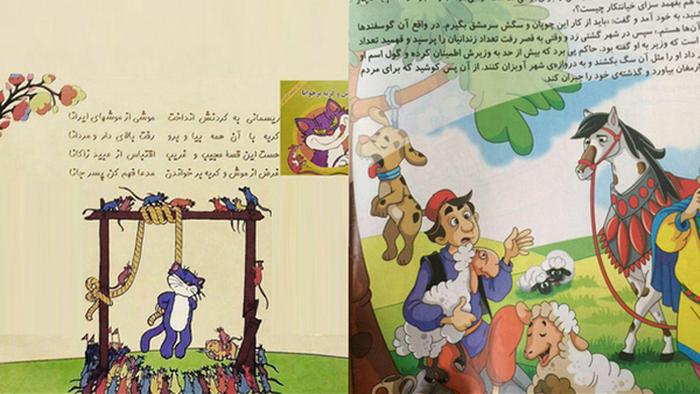 The dog was a traitor, one of the wolf's accomplices. The punishment: execution by hanging. The same fate was meted out in another story to the defeated cat enemy. These are some excerpts taken from children's books in Iran.

"I look very carefully at what I buy for my 8-year-old daughter. I have to make sure the books she gets don't celebrate violence," Shohreh (name changed) told DW. The graphic designer from Isfahan described a boom in literature for young people in Iran. "Children's books sell much better than all other books. I know many parents who prefer giving their kids books, although they themselves don't like to read."

Iranians prefer watching television. Books are not particularly popular, even though 80 percent of the population is literate. Official data, though contested, suggest Iranians read 70 minutes per day. That includes textbooks and religious reading. 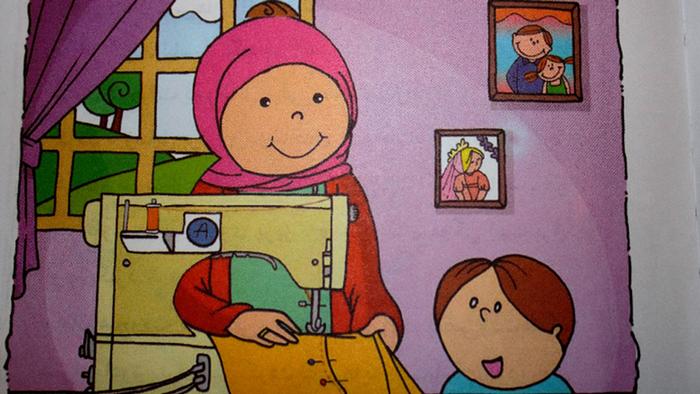 The headscarf was drawn later in this picture. The hair is still visible.

Entertainment books and novels are expensive. Their content is heavily controlled and must be approved by a supervisory board at the ministry of culture. Children's books are no exception. They, too, must meet the tough criteria established to uphold Iran's religious values.

In real life, Iranian women have to cover their hair in public but are free to dress as they please at home. Illustrations, however, must have women in headscarves regardless of location. Women drawn without one must be redrawn if the book is to win approval for publication and sale. That approval can be revoked anytime, including after publication.

Nearly 1,000 people were executed in Iran in 2015, many in public and in the presence of countless onlookers who came from all walks of life. 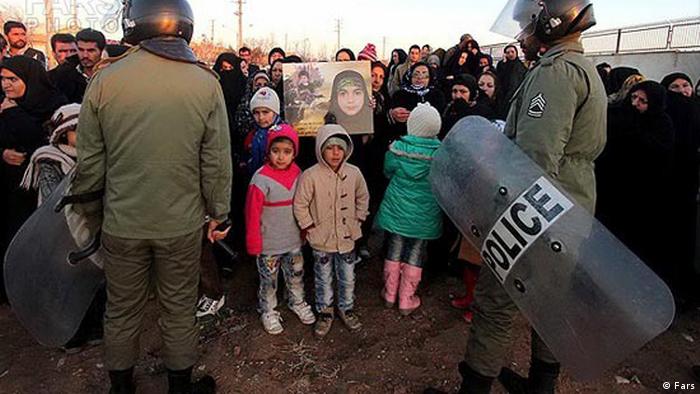 These children attended the public execution of a rapist

"Society is being intentionally desensitized," Mohammad Mostafaie told DW. The human rights lawyer and children's rights activist specializes in cases regarding the execution of minors, which is allowed in Iran once they reach 18.

Mostafaie was forced to flee Iran in 2010, but remains focused on opposing his homeland's death penalty. He views violence in children's books as highly dangerous to a society that lacks freedom of expression.

"Statistics show that violence particularly within families has strongly increased," he said. "There are many causes for this. Violence in public is certainly one of them. People exposed to so much violence don't shy away from using violence themselves. This must be countered, not celebrated everywhere."

An Iranian court has sentenced two US-Iranians to 10 years in prison for spying, Tehran's prosecutor said. The father and son have been in the notorious Evin prison since the beginning of the year. (19.10.2016)