Cheetahs losing race away from extinction as African habitat shrinks

Britain-based zoologists have warned of a global fall in the number of cheetahs, the world's fastest land animal. They've urged conservationists to recategorize the big cat as an endangered species. 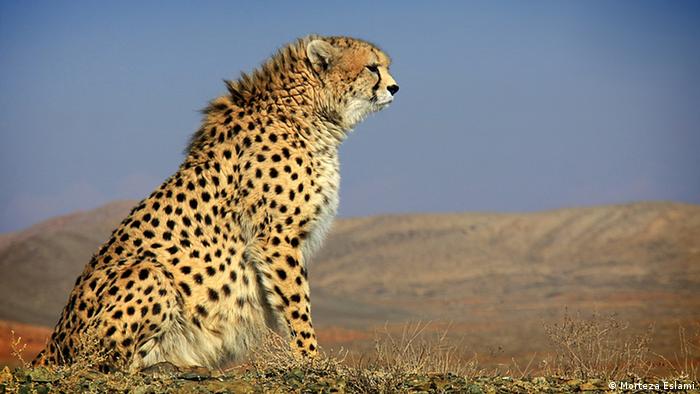 Just 7,100 cheetahs are estimated to remain in the wild, according to a study published on Monday.

The report warned that the predator has lost 91 percent of its historic habitat due to human encroachment and suggested the trend was likely to continue unless firm action was taken.

While Africa is seeing a large decline in cheetah population, the only cheetahs in Asia can be found in part of Iran, where fewer than 50 individual cheetahs remain, according to the study.

"This period is really crunch time for species like cheetah that need these big areas," said Sarah Durant, a cheetah specialist at the Zoological Society of London and the lead author of the report. 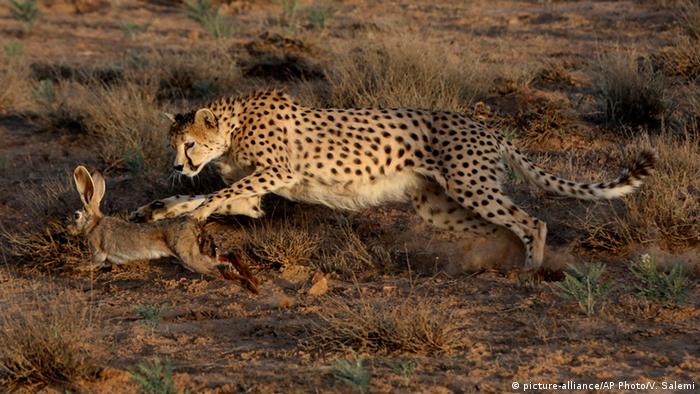 Some 50 cheetahs are estimated to still live in Iran

The report, co-written by the Wildlife Conservation Society (WCS) and Panthera, called for the cheetah to be redefined as an "endangered" species instead of the less serious "vulnerable" category on the International Union for Conservation of Nature's (IUCN) Red List of Threatened Species.

Researchers said it had proven difficult to gather hard evidence on the cheetah due to its secretive nature. Conservationists suggested that the predator's vulnerability to extinction had been overlooked and was much higher than previously thought.

More than three-quarters of cheetah habitats fall outside wildlife reserves and other protected areas, the report said, which makes it difficult for conservationists to secure a strong future for the animals.

The study's authors urged governments to provide additional funds and resources to help implement programs to reduce the illegal trafficking of wild cats.

For many endangered species, the race is on control illegal trade before they go extinct. Two high-profile topics being discussed in Johannesburg involve changing the level of protection for African megafauna. (28.09.2016)

Last week, Cambodia seized 1.5 tons of illegal ivory and animal parts including cheetah skulls which had arrived from Africa, destined for China.

The bones are used in traditional Chinese medicine and the cheetah's skin and meat are also highly prized.

Apart from the less than 50 remaining in Iran, cheetahs have been virtually wiped out in Asia, the study estimated. More than half of the world's remaining cheetahs live in southern Africa, including in Namibia and Botswana.

The authors were hopeful that decisions made at the CITES CoP17 world wildlife conference in Johannesburg in October would lead to a reduction in cheetahs and other live cats being trafficked out of the Horn of Africa region.