Cheap meat hard for German farmers to swallow | Germany | News and in-depth reporting from Berlin and beyond | DW | 02.02.2020 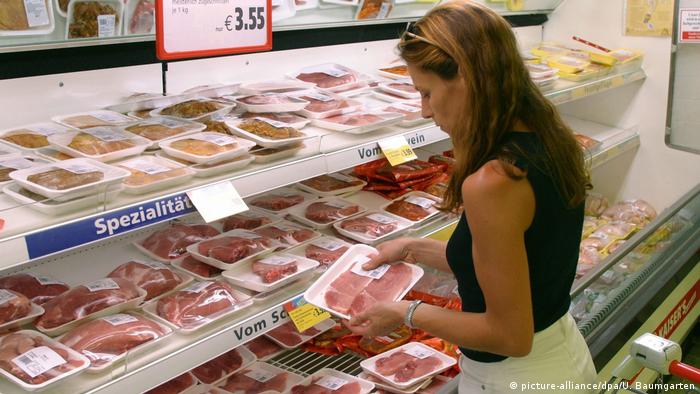 "It's like David and Goliath when farmers negotiate with retailers," said German Minister of Food and Agriculture Julia Klöckner of the ruling Christian Democratic Union (CDU). Over the past several months, several farmers' protests directed at new environmental protection laws as well as pricing policies at Germany's big food discounters have caught the minister's attention.

The problem isn't new; fights over fair pricing for dairy products made national headlines not so long ago. At the time, dairy farmers complained their profit margins were so slim that they often had trouble covering production costs. That is why Klöckner now wants to introduce EU rules designed to curb "unfair competition" and dumping prices into German law — a move that is being fought tooth-and-nail by discount sellers.

On Monday, representatives from the retail sector and the food industry will sit down at the negotiating table in Berlin's Chancellery and make their cases. German Chancellor Angela Merkel called the summit to talk with both sides about "fair pricing." Klöckner and German Economy Minister Peter Altmaier will also take part in the talks. The meeting will focus on the issue of "how adequate prices can be established for high-quality foods on the German market," according to government spokesperson Steffen Seibert.

But the big question is how to do it. Germany's four largest supermarket chains dominate the market. They account for 85% of the German food market and 70% of the meat they sell is offered at a discount — which puts even more pressure on producers.

In 2018, Germany's largest meat producers sold products worth some €27 billion ($30 billion). At the same time, breeders and slaughterhouse workers remained woefully underpaid and animals continued to be forced into ever-smaller spaces in enormous industrial meat factories where they were quickly fattened up before being slaughtered and processed. 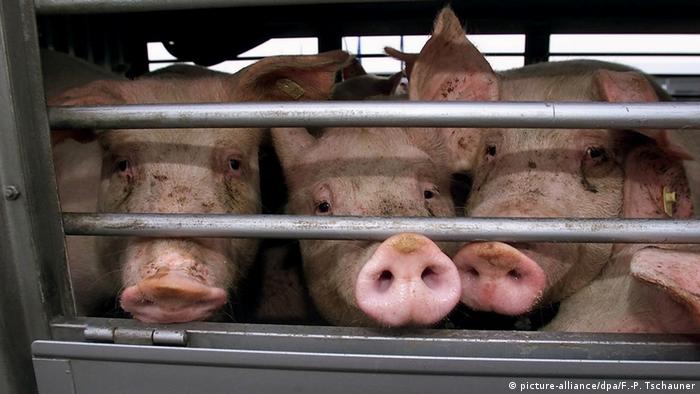 People in Germany eat millions of animals each year

There are historical grounds for Germans' love of meat. One is certainly the fact that the Sunday roast was a sign of growing prosperity in the lean years following the Second World War. Despite trends toward vegetarian and vegan nutrition, Germany's appetite for meat remains unwavering. People in Germany devoured almost 30 million pigs, cows, sheep and goats in the first six months of 2019 alone — putting it atop the international average, according to German government statistics.

Consumers have also grown accustomed to the cheap meat on offer at the country's massive discount supermarkets. On average, although people in Germany consume more food, they spend less and less on it each year than their European neighbors. And that already low expenditure has been sinking consistently over the years.

Who pays €15 for an organic, free-range chicken?

There are, of course, meat producers and businesses that take a different approach. "Good butchers really do exist," as the website for Jörg Erchinger's butcher shop in Berlin's upscale Prenzlauer Berg neighborhood reads.

Erchinger works with regional farmers and their products are all free of additives. The animals are raised under humane conditions and Erchinger regularly visits the farmers he buys from. But those standards have a price. Erchinger said to the stewing hen he is currently offering "costs between €15 and €16 a kilo ($7.55 to $8.05 per pound), discounters will sell you a kilo for €2.99 ($1.35 per pound)." 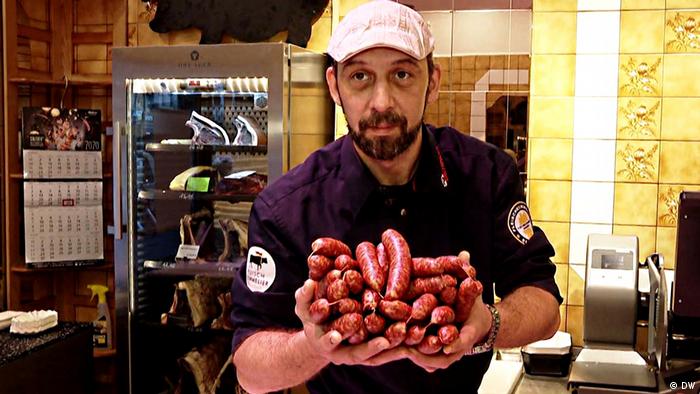 In other words, Erchinger sells to a specific clientele, one that — unlike the broad majority of consumers in Germany — places a high value on quality food and is willing to pay more for it.

"We see that our customers think about what they want to buy and how much of it they want before they come to the shop," Erchinger said. "Our customers are very conscientious about how they look at meat and at food in general. We have customers who only eat meat once a week. People don't need to eat a steak, a schnitzel or other meats every day."

Erchinger said he sees himself as a traditional artisan and added that, as such, he does not feel well represented by the government: "We need to show politicians the way forward so they can defend our interests in Germany and across Europe. Unfortunately, the industrial meat industry's lobby is so massive that its interests are defended rather than ours."

Read more: Visiting vegan: Could you give up animal products for a week?

Quality meat once a year

Klaus Gerlach, director of the Berlin Butchers' Guild, agreed. He pointed to another reason small butcher shops working with regional producers have difficulty competing on the market. He told DW less and less cooking is happening in most German kitchens, especially where both partners work, and that most families are only willing to pay a bit more for high-quality meats on Christmas and other holidays. 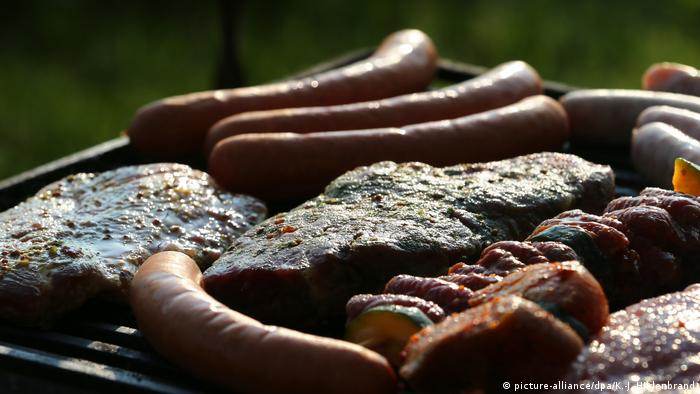 Unless it's a special occasion, people in Germany tend to cook up the cheap meats

He also lamented the exceedingly aggressive price policies of Germany's big discount supermarkets. Gerlach said discounters put so much pressure on small producers that they are often driven out of the market. He also pointed out that small butcher shops located in city centers cannot offer parking — making logistics difficult for deliveries and customers. Gerlach said that is one reason the Berlin guild only currently has 20 just members compared to more than 100 just a few years back.

One demand now on the table is that of increasing the sales tax on cheap meats from 7% to 19%. Experts estimate that would generate some €3.5 billion in revenues — money that could be invested in improving conditions for animals. The environmental group Greenpeace has also called for the introduction of an animal welfare tax and for the exemption of organic producers who already follow animal-friendly practices from such a tax.

Thus, there will be a number of issues to address at Monday's summit. The government has already sought to dampen expectations by announcing that the meeting is simply the first of many, and Germany's big discounters announced that pricing would be their priority.