Venezuela went to the polls on Sunday to pick Hugo Chavez' successor. Observers are keeping tabs on the possible impact on US-Venezuelan ties, which reached their nadir during the Chavez era.

When Chavez tapped acting President Nicolás Maduro late in 2012 as his new vice president he chose someone who had spent the past six years as the top diplomat of chavismo to the world, and so US policymakers held out some hope that Maduro might yet find some common ground. That's especially true given the complex, symbiotic trade relationship between the two countries.

Polls are not reliable in Venezuela, but they have shown Maduro leading opposition candidate Henrique Capriles by a wide margin. Capriles lost the October 2012 presidential race to Chavez - but only by 11 percent, the closest any challenger came to defeating Chavez in 14 years of presidential contests. Nonetheless, Maduro is expected to benefit from a sympathy vote in the wake of Chavez's death, and plenty of resources, given that under chavismo, the line between party politics, personality cult and government patronage blurred beyond recognition.

But Capriles's surprisingly aggressive campaign may be one reason why Maduro has escalated the anti-American rhetoric in the past month.

Patrick Duffy, the former US ambassador to Venezuela from 2007 to 2010, cautions that the rhetoric of the past two months means that US policymakers shouldn't be optimistic about the chances for improved bilateral relations in the event of a Maduro victory.

"He was always very much in sync with President Chavez, and that included President Chavez's public, virulent, anti-American rhetoric," Duddy told DW. "He is running as a representative of chavismo and a central part of the chavista foreign policy, particularly when Nicolás Maduro was foreign minister, was the effort by the Chavez government to forge relationships in part specifically to confront the United States and to limit the reach and influence of the United States within the Latin American region and around the world." 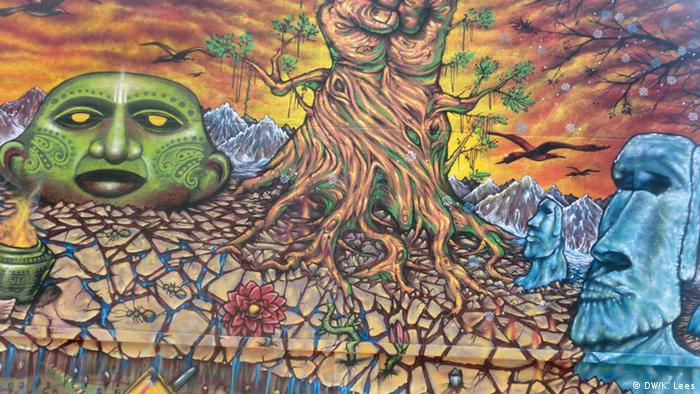 Graffiti in Sabana Grande, a neighborhood in Caracas depicting Chavez, the tree of life

That Capriles would be a much friendlier Venezuelan president from the US perspective is a moot point. He's called for a more balanced foreign policy that turns away from Syria, Iran, Belarus and other rogue states, and in the current campaign, he's argued hard that Venezuela should stop subsidizing Cuba - in the form of around 150,000 barrels of oil a day to Cuba in exchange for medical and other professional services. Though Duddy didn't make that explicit, he had warm words for Capriles.

"He's an energetic, highly intelligent, concerned public servant," Duddy said. "I would note he's frequently vilified in the presidential campaign as a representative of the right, [but] he actually represents a coalition of parties that span the political spectrum. I haven't been there for his national campaigns, but what I have read [in] the positions he's articulated suggests he is committed to continuing the successful social programs, the misiones, that the Chavez administration has run."

In other words, even if Capriles turns out to be a moderate or even a progressive in the mold of former Brazilian president Luiz Inácio Lula da Silva, he's a progressive that the United States can do business with.

Miami businessman Luis Ramírez worked in the Venezuelan oil industry for over 20 years before leaving Venezuela in 2005 for the United States and now serves as the president of the Venezuelan-American Chamber of Commerce, an organization formed in 1991 that today works to facilitate trade between the two countries.

Ramírez noted that in commercial terms, the United States and Venezuela are becoming ever more interlinked. 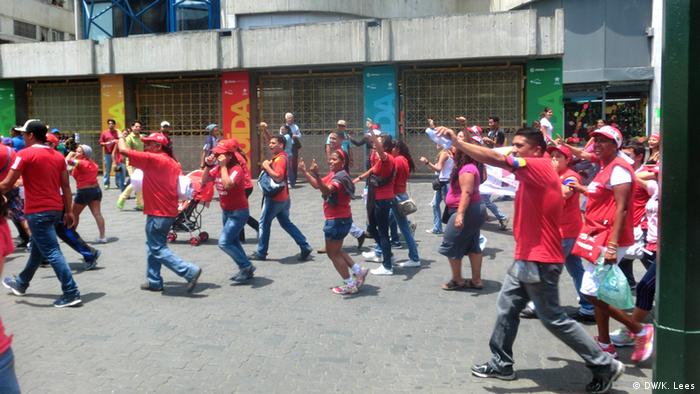 Maduro's supporters are confident their candidate will win the election

"In commercial terms, I think that Venezuela today does more business with the United States than at any time before," Ramírez said. "The reason is that Venezuela has been in need of imports more and more, because local production has been decimated over 14 years. Many companies have lost competitiveness because of the exchange rate control."

His comments highlight the complexity of US-Venezuelan ties. That complexity has two very different aspects, based on both exports and imports.

Venezuela's obvious top export is oil - and the United States is its top customer, and that's been true during both the Bush and Obama administrations, even when relations were at their worst. The United States purchases up to 900,000 barrels of oil a day from Venezuela - it officially funds around 40 percent of Venezuela's export receipts. Given the complex financial arrangements between China and Venezuela and Venezuela's subsidies to Cuba and to the rest of Central America and the Caribbean, US demand for oil has directly funded Chavez's government, despite the rhetoric against the supposedly evil, imperialist gringo empire.

But precisely because of Venezuela's dependence on the oil industry, the other sectors of its economy have atrophied, especially under the business climate during the Chavez era, when domestic and foreign businesses alike were subjected to ad hoc expropriation. That's made Venezuela increasingly reliant on imports of staples, such as food and even fresh produce. Venezuela is even starting to import refined oil products, in part due to a gasoline subsidy that keeps gas prices at the lowest level worldwide.

It's uncertain whether that growing dependence would improve ties with the US - it's easy to envision a fall in gas prices or a financial crisis result in even more brinksmanship in a Maduro administration as a distraction from harder budget choices.

Residents of the South Bronx, a synonym for urban decay in New York, held a memorial service for the late Hugo Chavez. The Venezuelan president gave them money, fuel and the feeling not all politicians are the same. (29.03.2013)