Romanians have been expressing their indignation at the French satirical newspaper Charlie Hebdo. The publication had likened the country’s popular tennis champion Simona Halep to a Roma scrap metal collector. 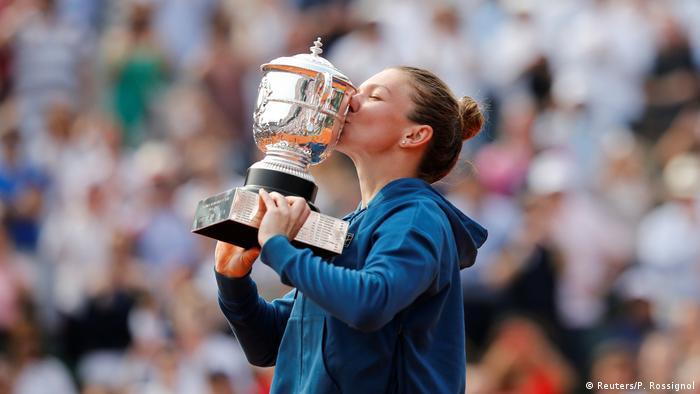 Halep, who clinched the French Open title last Saturday and enjoyed a hero's welcome on her return to Romania, was sketched in black and white holding her trophy aloft and shouting "Old Iron! Old Iron!"

The image prompted angry responses on social media, being thought to allude to the fact that some members of the Roma community have traditionally made a living from gathering scrap metal.

The drawing was described as a "racist slip-up" that showed a lack of respect for the tennis champion, and an "offense to Roma, Romanians and Simona Halep." It even prompted a "Je Suis Simona" meme, echoing the online "Je Suis Charlie" (I am Charlie) campaign of solidarity that followed a 2015 jihadi attack on the Paris offices of Charlie Hebdo in which gunmen killed 12 people.

Halep on Friday said she did not want to comment and was not in a position to do so.

France's ambassador to Romania, Michele Ramis, said the cartoon "doesn't at all represent French public opinion," but defended "freedom of expression and a free press."

One French tweeter said the main problem with the cartoon was that it was not particularly amusing.

"I am Charlie, and always will be, and it’s not offensive to @Charlie_Hebdo_ to say that sometimes they aren't funny, like this one here, for example."

The ethnic Roma people, some of whom prefer to be called Gypsies, comprise about 3 percent of Romania's population of nearly 20 million.