PSG travel to the Spanish capital looking to maintain their perfect run in this season's Champions League. But bubbling under the surface is the issue of Neymar, which is proving to be Thomas Tuchel's biggest challenge. 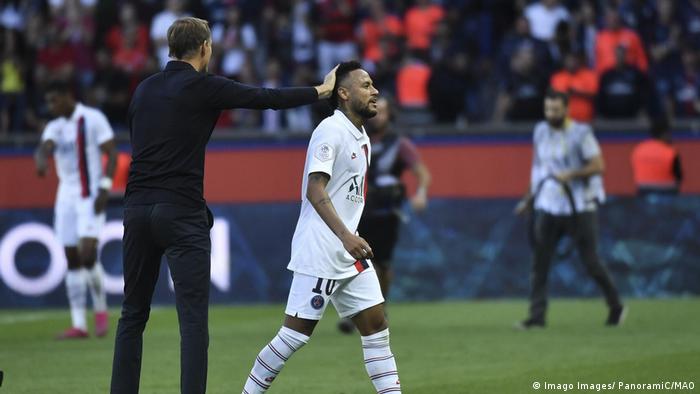 Paris Saint-Germain are flying in the Champions League. Four wins from four, five points clear at the top of the group, 10 goals scored and none conceded — things couldn't be going any better.

But someone is giving Thomas Tuchel a headache. Neymar was publicly rebuked by his German coach for attending the Davis Cup tennis tournament in Madrid as a guest of his former Barcelona teammate Gerard Pique.

"What can I do?" the former Mainz coach asked. "I'm not his father. I'm not the police. I'm the coach.

"As a coach, am I happy with this trip? No, not at all, it's clear. Is this the time to get mad? No, no, it's not the moment. He was very professional here for two weeks. He did more than the others," said Tuchel, who drew 2-2 twice with Real Madrid when he was coach of Borussia Dortmund.

Neymar has only played six times in a season interrupted by a hamstring injury picked up at the start of October. He returned to the team on Friday night, but was substituted in the 65th minute after an underwhelming performance — and he was jeered off the field by some of PSG's own supporters.

That antipathy is in part due to his failed attempt to secure a move back to Barcelona last summer, but there are also long-held reservations among fans over his attitude and commitment to the club.

Ahead of PSG's eagerly anticipated trip to Madrid to face a Real Madrid side who continue to perform well below par, Neymar's PSG and Brazilian teammate Marquinhos defended his compatriot.

"Neymar has lived things that have matured him as a person, and as a player," the PSG vice-captain said. 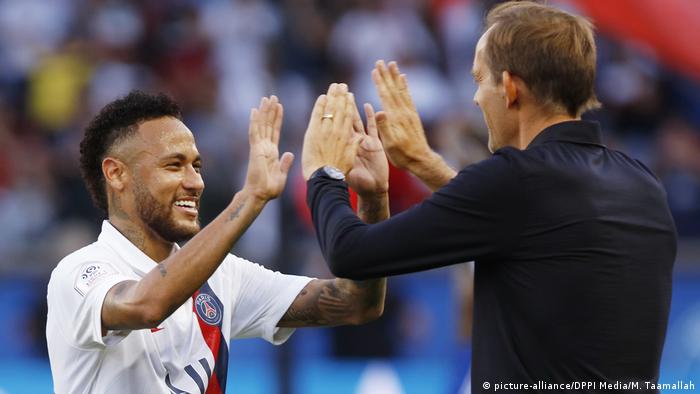 Better times: Neymar and Tuchel are all smiles, but the Brazilian has struggled in a PSG shirt.

"He is someone who doesn't do things by halves," Marquinhos declared. It shows on the field. When he takes the ball he wants to be decisive. Once he's on the pitch, even after all that happened during the transfer window and the other stories, he's back on the pitch to win, to score, to make a difference. He's not hiding. He proves that he is totally committed alongside us."

Marquinhos also believes that Neymar's trip to Madrid for the Davis Cup has been blown out of proportion because of the player's stature and says Neymar has grown up.

"There are other things to say as well. He worked well during the week, he did everything right," said Marquinhos.

"I think we should put more emphasis on the good things he does rather than the negative things. If you put all this in the balance, the positive things that he does are superior but there are always some negative points that people want to talk about because it is Ney! And when you speak about Ney, it resonates around the world."

PSG are already qualified for the knockout phase of the Champions League and a point would secure them top spot in the group. Whether Tuchel can extract the best form from the world's most expensive player feels a lot less certain.

A lack of wealth and a host of other restrictions haven't prevented Mainz becoming an established Bundesliga side. After the club secured its eleventh top flight season, DW’s Felix Tamsut argues others should take note. (20.04.2019)