Julian Draxler and Thomas Tuchel on Neymar, egos and team spirit at PSG

With Paris Saint-Germain's season opener a few days away, the future of Neymar dominates talk. German coach Thomas Tuchel wants the team to pull together while his compatriot Julian Draxler spoke about the impact of ego. 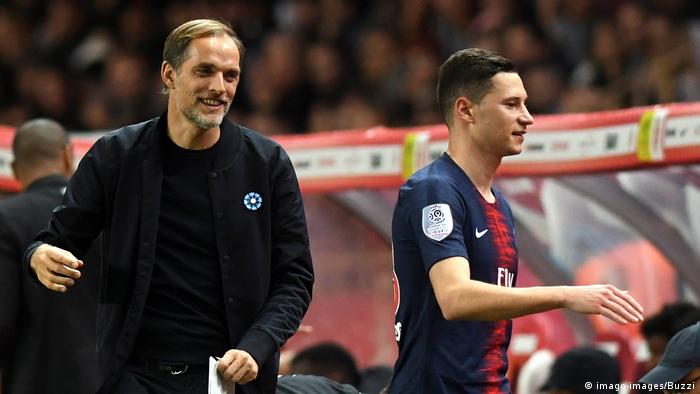 To death and taxes we can now add transfer speculation hanging over a big European club in preseason. Gossip may be par for the course, but the circus that surrounds Neymar, and the expectations on Paris Saint-Germain, mean the pressure is building at the Ligue Un club before the real stuff has even begun.

While the rape case against the Brazilian superstar was closed on Monday, he was the center of attention for more familiar reasons after PSG beat Sydney FC in a friendly in China on Tuesday.

Neymar has made little secret of his desire to return to Barcelona but his coach, Thomas Tuchel, would not be drawn on the future of his injured forward, saying he had "no news" on the world's most expensive player.

"For me, he's our player... it (his future) is a question between him and the club," was all the German tactician would say.

With Saturday's Trophee des Champions (Super Cup) match against a Rennes side that shocked the Qatari-backed outfit in winning the French Cup last season on the horizon, the former Borussia Dortmund head coach urged his side to start pulling in the same direction.

The openness of Tuchel's side and a disconnect between his all-star front three, which also features Kylian Mbappe and Edinson Cavani, and the rest of the team has been a problem in the Champions League, the only prize on which PSG are truly judged. The capital city club have failed to get past the round of 16 in the last three seasons and were dumped out at the Parc des Princes by a distinctly average Manchester United side last term.

Julian Draxler, who has been forced to reinvent himself in a more central role since the arrival of Neymar, would potentially be among the beneficiaries if the Brazilian were to return to the Catalan side. He too has been linked with a move away and admits the Champions League failures bother him.

"It's two-and-a-half years now since I arrived and I won a lot of (domestic) titles so I am happy about that," Draxler said on Monday. "I became a better player than I was before, so that's positive, but what is negative is what we achieved in the Champions League. 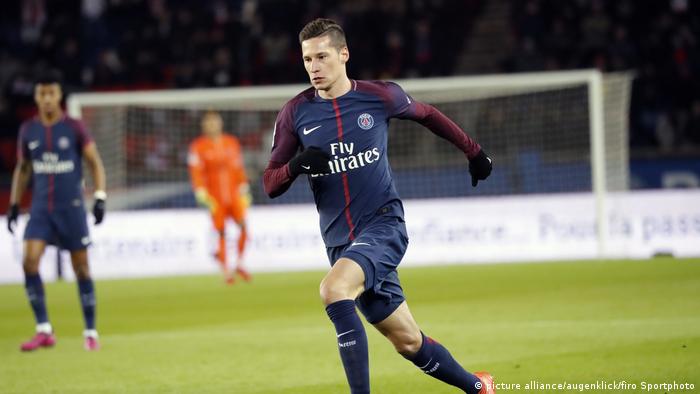 Julian Draxler has mixed feelings about his time in Paris

"We did not go far in the Champions League and that was one of the goals when I signed...It hurts a lot, it hurts still that we did not go through," the 25-year-old said.

Although Draxler also lauded some of his attacking teammates, he admitted that sometimes the egos attached to the talent can be difficult to deal with.

Egos come in to play

"All of them are exceptional players," said the former Schalke and Wolfsburg man. "But of course they have their own minds, their own heads, they live football, they want to score every game, so they have an ego.

"So sometimes it's not easy for the whole team, but if you are lucky enough to play alongside these players, it's just a pleasure every day."

At a club as tumultuous as the Ligue Un winners, proving yourself each season is a given. Draxler expects more from himself this campaign with his spot in Joachim Löw's Germany XI far from secure and Euro 2020 on the horizon.

"I am almost 26 and I think the best years of my career are coming now, I hope so," he said. "Now I am at a good age: I have experience but I am still young. Hopefully the fans and the club will see the best version of Julian in the next season."

Those fans will also want to see the best of PSG in Europe. With or without Neymar.

Paris Saint-Germain coach Thomas Tuchel was without two of his famous front three ahead of a daunting trip. But the astute German boss proved he's not reliant on big money signings, leading his side to a 2-0 away win. (13.02.2019)