After being excluded from Borussia Dortmund's squad on the weekend, Jadon Sancho now has a chance to step up. With big names missing the Champions League trip to Inter, expectations for the young Englishman are high. 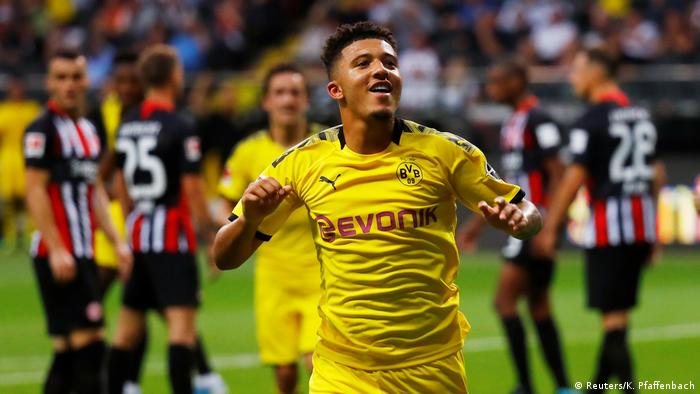 Jadon Sancho has the perfect platform to get back into the good books at Borussia Dortmund as they travel to Inter Milan for their Champions League clash on Wednesday.

The 19-year-old had €100,000 ($111,000) docked from his pay for returning late from international duty with England and was also excluded from Dortmund's Bundesliga squad to face table-toppers Borussia Mönchengladbach on the weekend.

Missing that clash against the surprise Bundesliga leaders, which Dortmund won 1-0 without Sancho, probably hurt more than any monetary fine. While it may have been an appropriate sanction, now is the time for redemption.

With Sancho's punishment out of the way it's up to him to prove he's worthy of a starting place in Lucien Favre's team – with how he conducts himself both on and off the field.

Despite a drop in form recently, the quickfire forward could prove the difference in a tricky Champions League fixture.

After a blistering start to the season with two goals and five assists in his first five matches, Sancho's production has dropped with just one goal and an assist in his last five matches.

Dortmund need their youngest star back in form, especially as they travel to Milan without captain Marco Reus (six goals) and Paco Alcacer (seven goals) due to illness and injury. Since Alcacer's arrival, Dortmund have only had to make do without both of their main attacking stars in one match, which resulted in a tie-killing 3-0 loss to Tottenham in last season's Champions League quarterfinals.

Mario Götze's return from a cold will soften the blow, but Favre's hand will likely be forced to return Sancho to the starting lineup.

Inter Milan have been flying in Serie A under Antonio Conte with seven wins from eight matches using an attacking 3-5-2 formation. They boast the best attack and second-best defense in the league. In the Champions League, they were held to a disappointng draw at home to Slavia Prague but were unlucky to come away empty-handed against Barcelona after adapting to a disciplined five-man defense.

"We need a good performance. We know the two games against Inter are extremely important," Zorc said. "They will probably decide who will progress [to the knockout stage]."

Dortmund will likely aim to force Inter to play their more defensive five-man system at the back, which is where Sancho could prove his worth.

The England international's pace, movement, and ability to take on his man could be crucial to efforts to pull a deep defensive block out of place and create chances inside the penalty area. Since Inter often try to clog up the midfield and push opposition to the wings, Sancho should see a lot of the ball.

Defensively, his presence could also help eliminate the threat of Inter's right wing-back Antonio Candreva, who is particularly dangerous pushing forward. Favre often switches Sancho between the right and left wings throughout matches, meaning both Candreva and fellow wing-back Kwando Asamoah will likely have to adapt constantly throughout the 90 minutes as they aim to keep tabs on the Dortmund youngster. 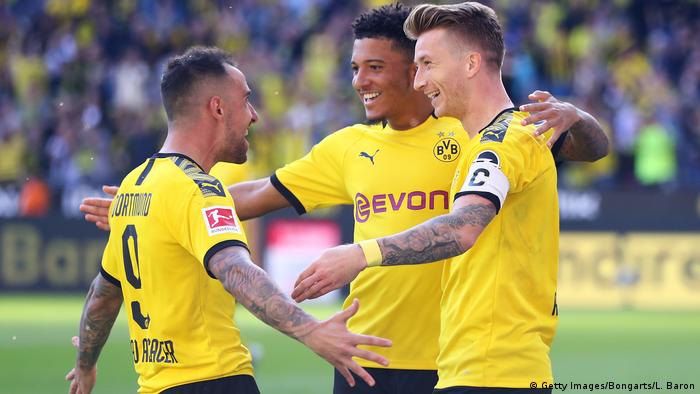 The stage is certainly set for the youngster to produce a perfect reaction to his disciplinary saga.

Young players can be prone to mistakes, especially when their progression has been as rapid as Sancho's. His rise at Dortmund has put a lot of pressure on his shoulders, with the team often looking to him for inspiration in attack.

Both player and club appear to have put last weekend behind them and now it's time to get back to football. Against a tough, defensively sound opponent such as Inter Milan, Sancho will once again be expected to lead from the front.