Once the world's third most expensive footballer, Coutinho's move to Bayern Munich looked a lifeline after a tough time at Barcelona. The Brazilian has rediscovered his mojo ahead of a Champions League clash with Spurs. 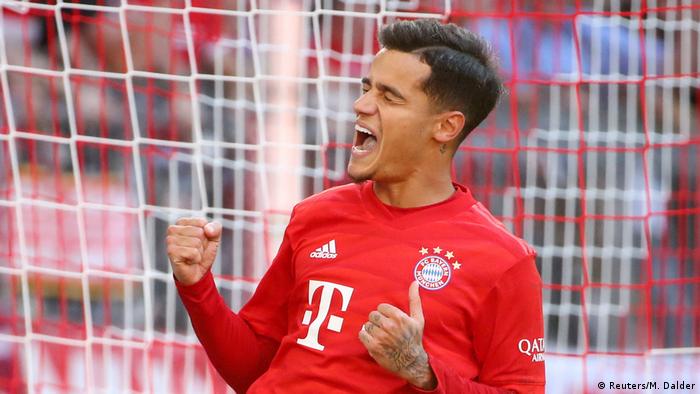 An away win that took them back to the top of the table looks, at first glance, like a great way for Bayern Munich to prepare for a trip to face Tottenham Hotspur in their second Champions League match of the season.

But scratch the surface a little and a 3-2 win over Paderborn that was needlessly nervy for the champions revealed some of the flaws that mean they aren't among the true frontrunners for the Champions League this term. "We should have decided the game earlier for ourselves," said an angry Manuel Neuer afterwards.

One man who must have thought he'd done enough to decide it was Bayern's Brazilian loan signing Philippe Coutinho. The perceptive playmaker ran the show for large parts of the game: picking passes few others could see, threading the needle for Serge Gnabry's opener, striking the woodwork and firing home the second.

After being eased in by Niko Kovac following his arrival after the Bundesliga season had started, the man teammate Benjamin Pavard has dubbed Bayern's "little wizard" has played all but seven minutes of the Bavarians' last three games, returning two goals and two assists. But more than the numbers, he's playing with a verve and freedom that was rarely evident in Barcelona, the club he joined from Liverpool last January for €120 million ($131 million).

"I'm very happy. Bayern are more of a family than my old clubs," the 27-year-old said recently. "I know there is the atmosphere of Liverpool, but it's even more a family here at Bayern. The fans have been brilliant with me and it's great to feel that positive energy."

The feeling seems to be mutual with Robert Lewandowski, who reportedly pushed for the club to sign Coutinho, and Kovac among those to have sung his praises. "The way he takes on the ball ⁠— his movement and short passes, coupled with his footballing intelligence ⁠— he gives us another dimension," said the Croatian coach.

Spurs off the pace?

Despite Lewandowski's record-breaking 10 goals in the first six Bundesliga games, Bayern may need a few more strings to their attacking bow ahead of Tuesday's trip to face last season's beaten finalists.

A stuttering run of form has seen Spurs fall under the English media spotlight in recent weeks but a gritty 2-1 win over Southampton at the weekend, secured despite a dreadful error by goalkeeper Hugo Lloris and the early sending off of Serge Aurier, has taken them to fifth in the Premier League. According to defender Jan Vertonghen, it was just what the doctor ordered.

“Maybe this is what we needed," said the Belgian, who was outstanding in Spurs' home demolition of Borussia Dortmund last season. "We also created a couple of nice chances but from the front to the back, everyone fought so hard and it’s a big win for us." 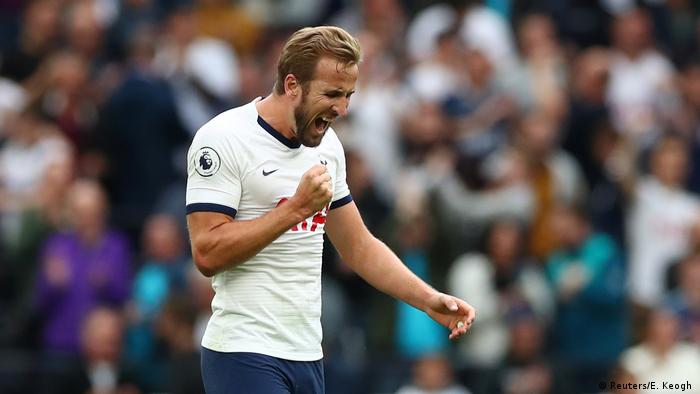 Nevertheless, the drop off in form of Dele Alli and Lloris, Christian Eriksen's expiring contract, questions over Spurs' midfield balance and the quality of their fullbacks gives Bayern more than a sniff in a game that's become critical for Mauricio Pochettino's side after their 2-2 draw with Olympiacos on matchday one.

But in Harry Kane, who Bayern CEO Karl-Heinz Rummenigge described alongside Lewandowski as "maybe the best striker in the world at the moment" and Son Heung-min, the hosts pose a real attacking threat.

As a result, Kovac will be pleased to have Lucas Hernandez and David Alaba both in contention for a starting spot after injury concerns, while Ivan Perisic is available again after missing Saturday's match with illness.

But Bayern's coach will also know that if his club are to maintain a strong recent record in London, where they've won four of their last five matches, a little magic might just be required. They seem to have just the man.

On a weekend when Bayern Munich only beat the worst side in the top flight by one goal, Borussia Dortmund missed the chance to win at home against an injury-hit Werder Bremen. All the latest on the Bundesliga! (29.09.2019)

Champions League: What the German clubs can learn from matchday 1

The opening matchday of the 2019-20 Champions League saw a mixed bag of performances and results for the German clubs. Bayern Munich's new signings caught the eye while an old hand impressed for Borussia Dortmund. (19.09.2019)