CDU party conference: Will Merkel get a pass or a warning?

The Christian Democratic Union's party congress in Karlsruhe will be an indicator of just how much support chancellor and party leader Angela Merkel has among her own base. The big issue is the refugee crisis. 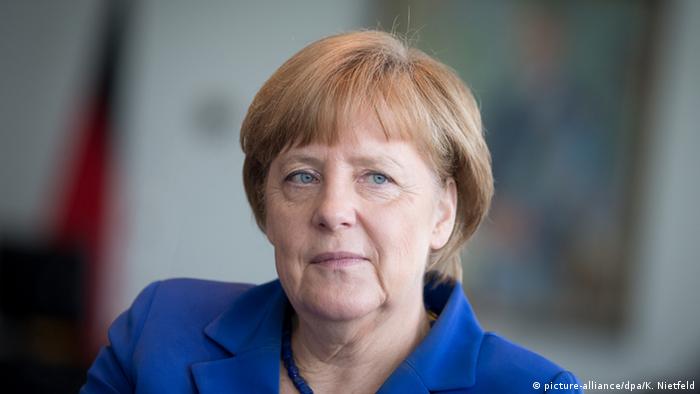 Angela Merkel's decision to take in unlimited numbers of people from regions affected by the Syrian civil war has caused conflict at every political level. Not just within the European Union, nor within the ruling coalition in Berlin, but also within Merkel's own party, the Christian Democratic Union (CDU).

Just a few weeks ago, commentators were speaking about a revolt within the party. Since then, rumors that Merkel would have to step down on her own by the end of the year, or risk being taken down by her own party, have swirled around Berlin.

Now it is mid-December, and the mood in the Union has calmed somewhat. In October, Merkel was personally and publicly berated by the leader of her sister party, the Christian Social Union (CSU), during their party congress. But then the party regrouped. Dealing with the mood in parliament is one thing, dealing with the mood among the base is quite another. That is what the 28th CDU party congress on December 14 and 15, attended by 1,000 delegates from cities and municipalities around Germany, will be about. Thousands of refugees continue to enter the country each day. That is something that concerns local politicians more than anyone else. There are a large number of local volunteers in these municipalities, but also a lot of criticism of the chancellor's refugee policy. At a regional conference in Saxony this October, there was even a sign that read "dethrone Merkel." 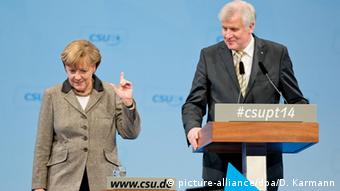 Further, Merkel's stance was a perfect point of attack for the right-wing populist party, "Alternative für Deutschland" (Alternative for Germany). That party has now easily achieved double-digit approval ratings in eastern parts of the country, all at the cost of the CDU. The delegates will bring that mood to Karlsruhe.

Now the chancellor has decided to grab the bull by the horns: On Thursday, the party executive committee presented the press with a quickly written proposal entitled, "The Karlsruhe Declaration." The proposal is scheduled to be discussed for several hours Monday afternoon, following Merkel's own main speech. After discussion, a vote will be taken. One could say that Merkel is forcing a "vote of confidence." In Berlin, Federal Interior Minister Thomas de Maizière said that leadership hopes to use the proposal to head into and out of the party congress in good shape - thus making clear just how nervous the CDU party leadership really is. 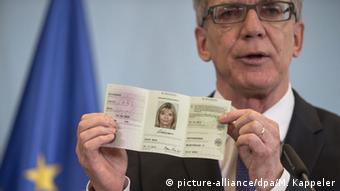 Another proposal is being put forth by the Jungen Union (JU), the youth wing of the CDU. The JU is calling for a round table discussion on an upper limit to the number of refugees allowed to enter the country. However, the JU is not looking to oppose the chancellor head-on.

In the run-up to the congress, JU Chairman Paul Ziemiak said that two signals have to be sent from Karlsruhe: That the party is behind Merkel, and that "Germany's possibilities are limited." One can discuss various legal aspects of an upper limit, but municipalities have already reached a very real one.

In any case, exciting votes can be expected. How much approval will proposals that vary from Merkel's stance garner? Or: How serious are the putsch rumors? Are they real, or are they just a short fit of emotion?

A truckload of measures

Merkel also sees work to be done on the EU level. Here she hopes to push through plans for the distribution of refugees among the member states. But so far, resistance has been stiff on that front. Measures such as the creation of registration "hotspots" at the EU's external borders have gone nowhere.

The clock is ticking. If measures cannot be attained on a European level, then they will have to be tackled on a national level. Merkel herself has threatened to pull out of the Schengen Agreement. Her new proposal reiterates that threat, should the EU fail to secure its external borders. The federal interior minister declined to say anything more on that point, noting that he was optimistic about the future. Let's see how much of that optimism delegates bring with them to Karlsruhe.

The EU's external borders have more holes than a block of Swiss cheese. That is why the European Commission now wants its own border police. Not all member states like the idea. Bernd Riegert reports from Brussels. (12.12.2015)

Can the SPD emerge from Angela Merkel's shadow?

For years, the Social Democrats have been unable to beat Angela Merkel at the ballot box. With the chancellor now struggling due to her stance on refugees, will Germany's second most-popular party finally step up? (10.12.2015)

German state interior ministers have agreed to resume individual asylum assessments for refugees. Some have claimed the controls are crucial for security, while others have criticized the move as a 'gamble' with lives. (03.12.2015)