Catherine the Great and the ′Russian-Germans′ | Culture | Arts, music and lifestyle reporting from Germany | DW | 21.07.2013

Catherine the Great and the 'Russian-Germans'

250 years ago, Russia’s tsarina Catherine the Great signed a manifesto inviting foreigners to settle in her country. A German national herself, Catherine's decree marked the beginning of the history of Russian-Germans. 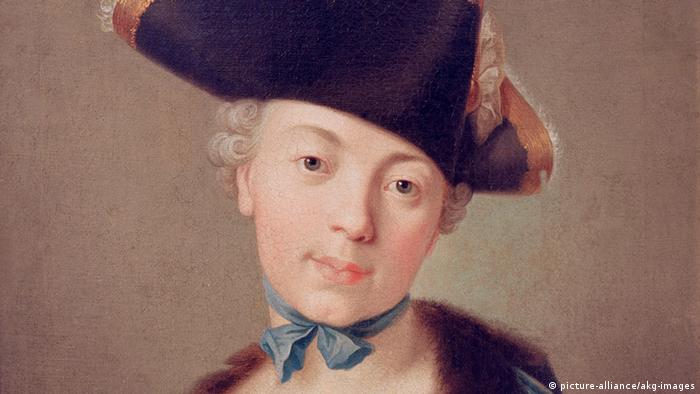 On July 22nd, 1763, a young woman sat down at a neat little table in the cabinet of Peterhof Palace close to Petersburg, got out a quill and signed a ‘ukaz', a decree. "We, Catherine the second, Empress and Autocrat of all the Russians at Moscow, Kiev, Vladimir … We permit all foreigners to come into Our Empire, in order to settle in all the governments, just as each one may desire." The Manifesto is now kept in Russia's state archive. 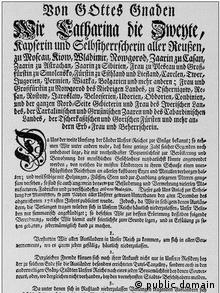 The Manifesto of tsarina Catherine the Second dating from 1763

While the offer was directed at all foreigners, Catherine was targeting Germans in particular. Born in 1729 as Sophie Friederike von Anhalt-Zerbst-Domburg in Stettin in Pommerania, Prussia (today Szczecin, Poland), the tsarina was herself a German national. Afer a coup d'etat and the murder of her husband Peter III. (who was born Peter Ulrich von Holstein-Gottorp and a German prince himself), Catherine came to power in the summer of 1762.

Inviting foreigners to settle in Russia was one of her first official acts. Immigration from the West, says historian Yekaterina Anissimova, meant to the tsarina "the hope of both economic and above all socio-cultural progress of the backward country whose ruler she was."

In her typical poignant style, Catherine the Great described the treasures of her empire with all its rivers and lakes in her manifesto as well as "an inexhaustible wealth of all kinds of precious ores and metals" waiting "hidden in the depth." She also wrote that she hoped for the "development and growth of many kinds of manufacturing, plants, and various installations." Her goal was to stimulate population growth and productive use of "uncultivated" regions.

But of course she was also hoping to stabilize her own rule with the support of new loyal citizens. Russia's nobility were partly against her; the absolute majority of farmers were bondmen and effectively slaves of their noble rulers.

In her manifesto, Catherine promised immigrants from the West numerous incentives: exemption from military service, self-governance, tax breaks, initial financial aid, 30 hectares (75 acres) of land per settler family. In addition, freedom of language was guaranteed - in particular to German immigrants. And above all, the manifesto granted immigrants "the free and unrestricted practice of their religion according to the precepts and usage of their Church."

And come they did…

Freedom of religion was the decisive factor for most resettlers who wanted to leave Europe and its religious wars behind. The Schütz family were among them. In the 1780s, the family moved to Russia from the town of Hahnstätten (in what is today Rhineland-Palatinate), a small Protestant enclave in a largely Catholic region. The family still have the immigration documents where Russian migration officials of the Catherine era meticulously listed the number of "carriages, cows, women and children." The family found a new home in the "Round lawn" colony near Chernigov in what is today Ukraine. 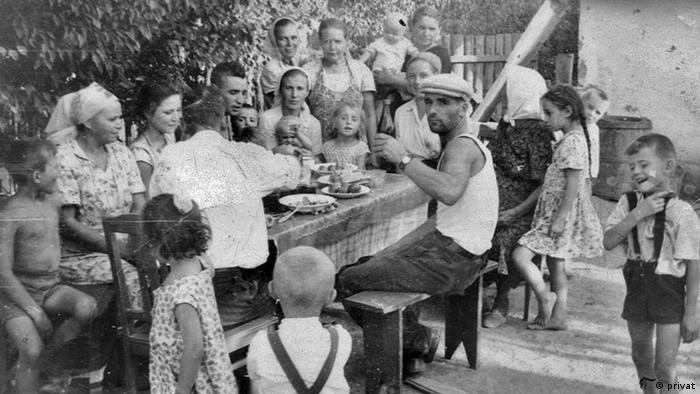 The Schütz family in Kalmykia, USSR, in the 1960s

In the course of the first five years, as many as 30,000 people came to Russia, most of them from what is today Germany. They settled in the St Petersburg area, in Southern Russia, on the Black Sea and along the Volga river. In the Volga region alone, 100 new villages emerged.

After an initially rocky start, the Russian-German settlers quickly achieved considerable prosperity because they were progressive farmers, hardworking craftspeople and efficient entrepreneurs. Napoleonic wars led to a second wave of resettlers, and so by the middle of the 19th century, the number of Russian-Germans in Russia had risen to more than half a million.

From Hahnstätten to Russia and back

The Round Lawn settlement flourished equally. The farmers afforded the latest agricultural technologies, and at the beginning of the 20th century, the local library took out a subscription of a number of German magazines. A few kilometers away there was a Catholic village, with which the Protestant Round Lawn settlers did not have any contact. The settlers preferred to go back to Germany to find spouses for their offspring. But there were regular parties at the colony, and the children went to a German school there.

But the 20th century brought an end to a peaceful coexistence. During the First World War, many resettlers joined the Russian army to fight as soldiers, and still the Russian-Germans were somehow always suspected of being "potential traitors." The German school in the Round Lawn settlement was temporarily closed. 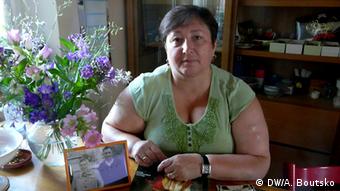 "But those were 'daisies' compared to what would happen later," said Galina Schütz, a descendant of the Round Lawn resettlers. She keeps a private archive with family documents. What followed was a great famine in Ukraine, anti-German pogroms, the colony was turned into a kolkhoz (a collective farm), and the farmers were disowned. And then came World War II. If you spoke German in areas not occupied by Hitler's Nazi forces, you were called a "fascist."

Following a decree issued by the Supreme Soviet of the USSR, all Russian Germans were deported to Siberia in the summer of 1941 – among them the Schütz family. Half of all members of the big family died in the gulag - from starvation and various diseases. After Stalin's death in 1955, the family moved to Kazakhstan and then on to Kalmykia, where Galina Schütz was born 50 years ago.

The collapse of the Soviet Union meant yet another turning point in the Russian-Germans' history. Life "in the backyards of the empire" became increasingly difficult. More than two million Russian-Germans decided to return to their "historic home." Germany, the country of their ancestors, accepted them as "late resettlers." Onl some 800,000 citizens of German descent remain in Russia today – most of them in Siberia.

The Schütz family also left Russia – in 1995, almost exactly 210 years after their departure. They left without "carriages and cows", but they did have many children with them. The family moved to Cologne – which is not far from Hahnstätten. 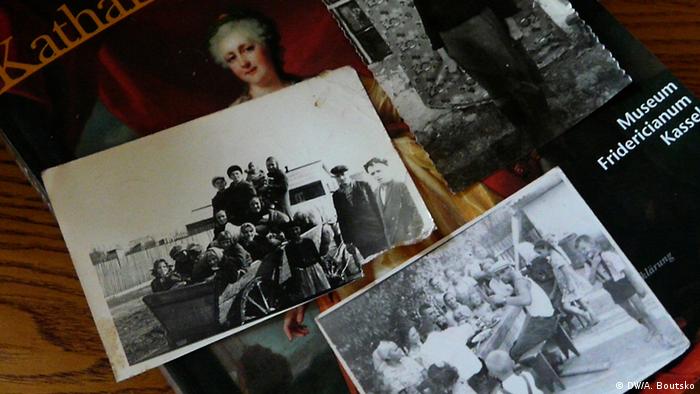 They got off to a rocky start in their "new and old" home country. The language was a big problem. "My grandma Margarethe only spoke Russian when she had to tell somebody off," said Galina Schütz. But Margarethe didn't speak 'high German', Hochdeutsch, she spoke an old dialect: 'Plattdeutsch'. "When we came to Germany, my father, Theodor Conradovic, couldn't watch German television. His dialect from the 18th century had very little in common with modern high German," Galina Schütz recalled. 'Granddad Fedya' found it a little easier to understand Dutch. And Galina, too, had to learn German from scratch.

Is she homesick? "Yes, often," Galina Schütz admitted. In Cologne, she works as a private nanny – something she's always wanted to do. There are moments, she said, when she dreams of the wide steppe with all its flowers, and she also misses her old friends. "But I'm sure that my children and grandchildren are better off here in Germany – here they have a better and a more stable future."

Across time and space: A very European love story

A bronze statue has been unveiled in Kyiv celebrating a very European love story which has spanned more than half a century, crossed borders, and transcended politics. But will the protagonists meet again? (17.06.2013)

The German-Russian friendship is about more than pipelines. A newly opened exhibition in Moscow looks at what else has bound the two countries over the past millennium. (22.06.2012)

The last Russian-Germans prepare to leave a Berlin refugee center

The Marienfelde Refugee Center has been the first stop in a new life for many East German and Russian-German families. As it prepares for closure, its last inmates begin their new lives in their new homeland. (14.06.2010)