French star Catherine Deneuve and other artists wrote in an open letter published in daily Le Monde that the wave of "denunciations" in the wake of the #MeToo movement is a threat to sexual freedom and a "witch-hunt." 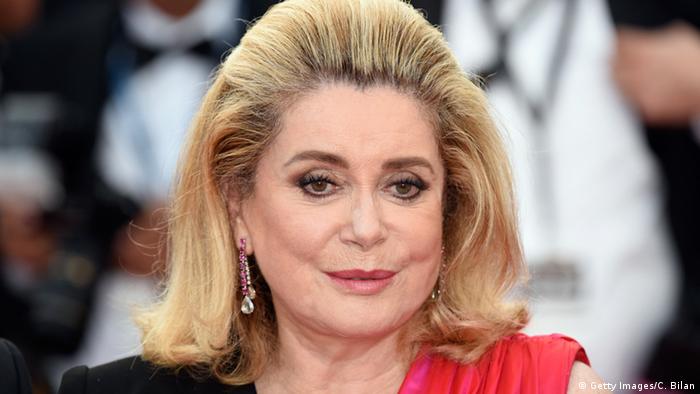 An open letter has been published in the daily Le Monde on Tuesday, attacking feminist social media campaigns like #MeToo and its French equivalent #BalanceTonPorc (Call out your pig) for allegedly unleashing a "puritanical... wave of purification."

"Rape is a crime, but trying to seduce someone, even persistently or cack-handedly, is not — nor is men being gentlemanly a macho attack," the letter says. "Men have been punished summarily or forced out of their jobs when all they did was touch someone's knee or try to steal a kiss." 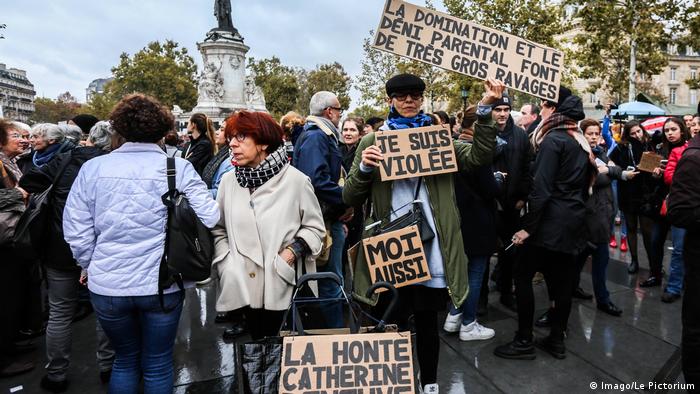 A French #MeToo gathering in Paris, in October 2017: "Shame on Catherine Deneuve" says one protester's sign

The signatories of the letter claim that "a legitimate protest against the sexual violence that women are subject to, particularly in their professional lives," has turned into a "witch-hunt."

"Instead of helping women, this frenzy (...) actually helps the enemies of sexual liberty — religious extremists and the worst sort of reactionaries. As women, we do not recognize ourselves in this feminism, which, beyond denouncing the abuse of power, takes on a hatred of men and of sexuality."

Referring to the #MeToo and #BalanceTonPorc hashtag, she said that she found the method "excessive." "After 'Calling our your pig' what are we going to have, 'Call out your whore?'" she said last year.

Deneuve had also sparked an outcry last March, when she expressed her support for filmmaker Roman Polanski, who is still wanted in the United States for the statutory rape of a 13-year-old girl in 1977. The actress had said in a TV interview that she "always found the word 'rape' excessive" in the circumstances.

They are the first specific allegations affecting the German entertainment industry in the wake of the #MeToo movement: Award-winning filmmaker Dieter Wedel however denies accusations of sexual harassment and assault. (04.01.2018)

It was jokingly suggested during Golden Globes night, then came an electrifying speech by the talk show queen: Within 24 hours, "Oprah Winfrey for president" turned into an actual possibility. Here's how. (09.01.2018)