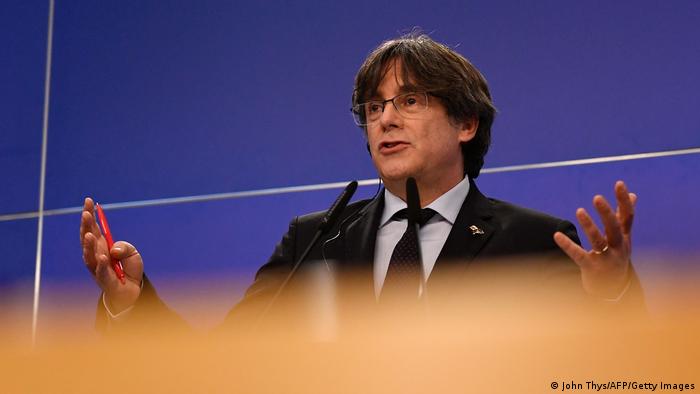 The former president of the Catalan state government, Carles Puigdemont, was freed from detention on Friday by a Sardinian judge. However, he must remain on the island for the duration of his legal process there.

Puigdemont was arrested in Sardinia on Thursday and his lawyers appealed the arrest in front of a court right away.

Lawyer Agostinangelo Marras told reporters in Sassari, Sardinia that prosecutors had not asked for him to be detained and "he could be released from today."

The Italian Ministry of Justice said on Friday that it had no influence in Puigdemont's legal proceeding or the question of whether he should be extradited to Spain.

"The Ministry of Justice clarifies that it has no decision-making power when it comes to an European arrest warrant, as is now the case with Carles Puigdemont," the ministry in Rome said, adding that the case rests solely with the competent court.

Puigdemont went to Sardinia to attend a Catalan cultural event.

Sardinia has strong Catalan cultural roots and its own independence movement. Puigdemont was also scheduled to meet with Sardinian independence sympathizers during his visit.

The Spanish government reacted to Puigdemont's arrest on Thursday by expressing "its respect for the decisions of the Italian authorities and courts."

"The arrest of Mr Puigdemont corresponds to an ongoing judicial procedure that applies to any EU citizen who has to answer to the courts," the Spanish government said in a statement.

"What is obvious is that Carles Puigdemont must submit to [the act of] justice," Spanish Prime Minister Pedro Sanchez said on Friday.

Puigdemont, along with three Catalan ministers, fled Spain in 2017 following an independence referendum for Spain's Catalonia region. That was after the Spanish government declared the vote illegal and charged him with sedition.

Puigdemont is a member of the European Parliament and because of that, was protected from prosecution. But in March, MEPs waived that privilege and he was stripped of his immunity. The separatist politician has lived in Belgium for four years.

Lifting of immunity 'a political decision'

"Yesterday's events clearly show that the Spanish state has not acted in good faith with European justice and do not help to resolve the conflict," he told reporters.

Aragones, a more moderate separatist than Puigdemont, added that "self-determination" was the "only solution."

Puigdemont's arrest comes more than a week after Spain's central government and the government of Catalonia resumed talks aimed at settling a dispute over the region's push for independence. There has been no dialogue for since early 2020. 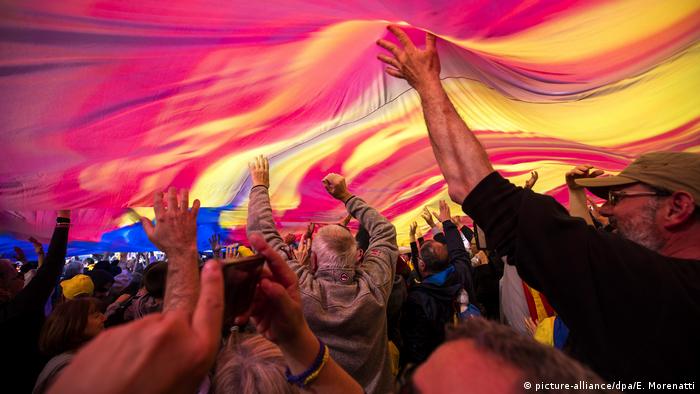 As part of Spain's efforts to ease tensions it has pardoned separatists who had been sentenced to lengthy prison terms.

Earlier in the month there were protests in Barcelona, with tens of thousands of people calling for independence.