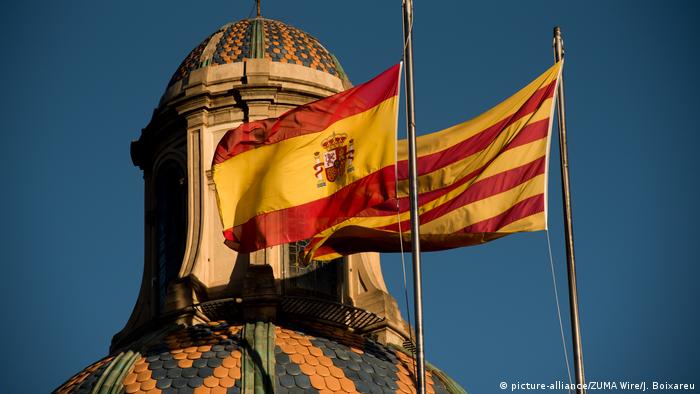 The two sides agreed to reopen negotiations in September on the region's political conflict.

What did the two leaders say about the meeting?

Sanchez said in a tweet regarding the meeting that the Spanish central government is opening "a new stage to seek shared solutions that improve the lives of all citizens."

Aragones said the meeting highlighted differences between the two leaders.

"The first meeting with Pedro Sanchez has shown how far apart our positions remain and the evident differences that exist to resolving the conflict," Aragones told reporters after the meeting.

Aragones has called on Madrid to allow Catalonia to hold an independence referendum, an idea Sanchez has rejected.

"There is a political conflict that must be resolved through dialogue, negotiation, and the will to reach an agreement. And the agreement must be confirmed by the citizens of Catalonia through a vote," Aragones said.

What is the political situation in Catalonia?

The meeting on Tuesday comes after Sanchez recently pardoned nine jailed Catalan separatist leaders in a goodwill gesture aimed at easing tensions between the two sides.

The separatists were sentenced to prison due to their involvement in an illegal Catalan independence referendum on October 1, 2017.

The referendum caused a political crisis in Spain, with the conservative central government at the time sending in police to stop voting in the northeastern region.

Catalan leaders declared the region's independence a few weeks after the referendum. In response, the central government revoked Catalonia's autonomy, with Madrid exercising direct rule over the region of 7.8 million people.

The leader of Catalonia during the referendum, Carles Puigdemont, has fled Spain to Belgium, where he now lives in exile.