Following Cologne's promotion back to the Bundesliga, hostilities are set to be resumed in the Rhineland Derby when Borussia Mönchengladbach come to town. The rivalry between the two clubs goes back a long way. 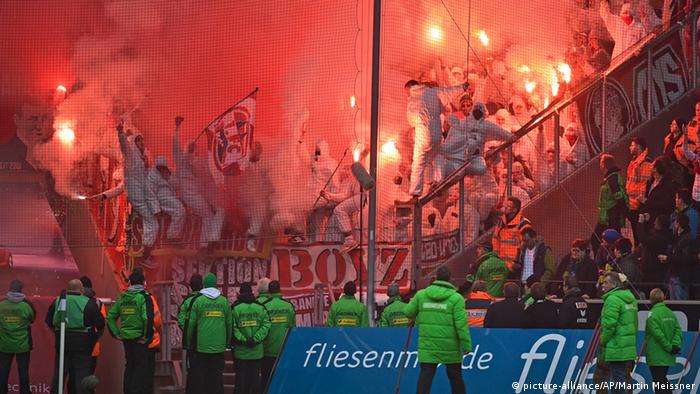 For the first time in two decades, Borussia Mönchengladbach, Bayer Leverkusen, Fortuna Düsseldorf and FC Cologne are all in the Bundesliga together.

The four cities are situated within 50 kilometers of each other along the River Rhine in western Germany, meaning a grand total of 12 Rhineland derbies this season — but some mean more than others.

When asked by Spiegel magazine who they considered their main rivals, fans of Gladbach, Leverkusen and Düsseldorf were unanimous: Cologne. But ask the same question in the shadow of Cologne's towering cathedral, and only one derby really matters: Gladbach.

On Saturday, with Cologne back in the Bundesliga after a year's sabbatical in the second division, the two are set to meet for the 89th time when Gladbach make the 45-kilometer journey from Borussia-Park to Cologne's Müngersdorfer Stadion. It's the largest distance between any of the four Rhineland rivals, but the rivalry is the most intense.

While Leverkusen are generally unpopular due to their financial backing by pharmaceutical giants Bayer, Cologne's rivalry with Fortuna Düsseldorf is more of a cultural one between the two cities. But when it comes to Borussia Mönchengladbach, it's serious – on and off the pitch.

"It's the Billy Goat against the Rhombus," explains Markus (not his real name), a hardcore Cologne supporter, referring to the two clubs' respective crests. "It's simply bigger than the other derbies because it has so much more tradition." 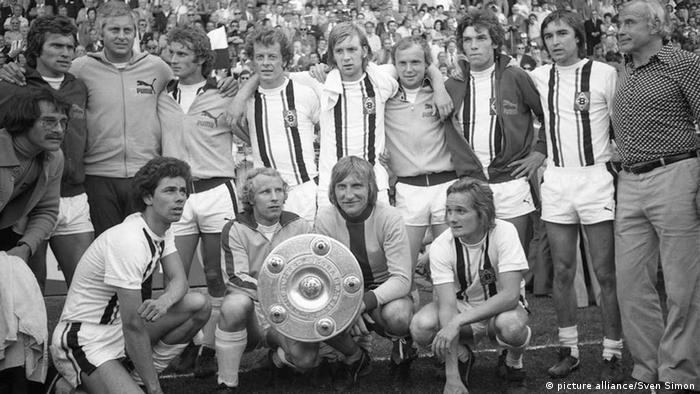 Hennes Weisweiler – a legend at both clubs

Even before the foundation of the Bundesliga in 1963, the two had already crossed swords in the Oberliga West, but the rivalry really took off in the 1960s and 1970s, embodied by one man: Hennes Weisweiler.

Born just south of Cologne in Lechenich, Weisweiler achieved legendary status in Cologne as player-coach. When a local circus presented the club with a billy goat as a carnival gift in 1950, it was even named Hennes in his honor and became the club's official mascot. This season, his successor Hennes IX is on the sidelines.

But Weisweiler achieved even greater success with Gladbach, leading a young team which included 19-year-old Jupp Heynckes and 20-year-old Günter Netzer to promotion to the Bundesliga in 1965. Over the course of the next decade, the "Foals" — so named due to their tender years and fleet-footed, carefree style of attacking football — would go on to win three league titles.

In 1973, they beat Cologne to win the German Cup, Netzer infamously substituting himself on in extra-time before scoring the winner. Two years later, Gladbach became the first German club to win the UEFA Cup, knocking out Cologne in the semifinal en route.  "We've often drawn the short draw against them," laments Markus. 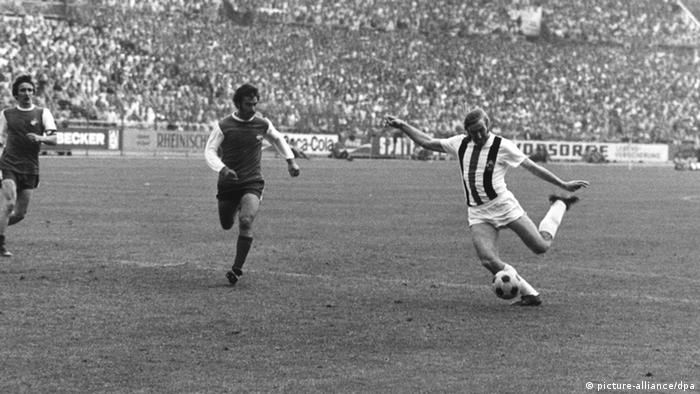 Günter Netzer scores the winner in the 1973 German Cup final

But the tables soon turned when, after a year in Barcelona, Weisweiler returned to the Rhineland, this time taking charge of Cologne and leading the Billy Goats to back-to-back cup wins in 1977 and 1978. The latter was one half of a league and cup double, with Cologne famously pipping Gladbach to the title on the final day on goal difference, despite the Foals beating Borussia Dortmund 12-0. Simultaneously, Cologne beat St. Pauli 5-0. Suspicions of match-fixing were ruled out by the German FA (DFB).

Nowadays, while Borussia Mönchengladbach have established themselves in the Bundesliga and in European competition, Cologne have remained true to their reputation as a carnival club, bouncing back from six relegations in the past 20 years.

They come into Saturday's derby, however, on the back of a morale-boosting late win away at Freiburg — all the more important considering their record 48 Bundesliga defeats to Gladbach, more than against any other club, and next week's trip to Bayern Munich. Gladbach, on the other hand, will be looking to bounce back from last week's home defeat to RB Leipzig; but there are scores to be settled off the pitch, too, with a veritable feud having developed between the two sets of fans.

In September 2014, police made 93 arrests after fighting broke out on the lawn in front of Cologne's stadium. Inside, ahead of kick-off, Cologne ultras presented a choreography featuring the city eagle clutching a decapitated foal's head in its talons.

At the return fixture in February, at the height of carnival season, Cologne ultras traveled to Mönchengladbach in white boiler suits — ostensibly "carnival costumes." When Gladbach scored a last-minute winner, they broke out of the away end and stormed the pitch (see above). 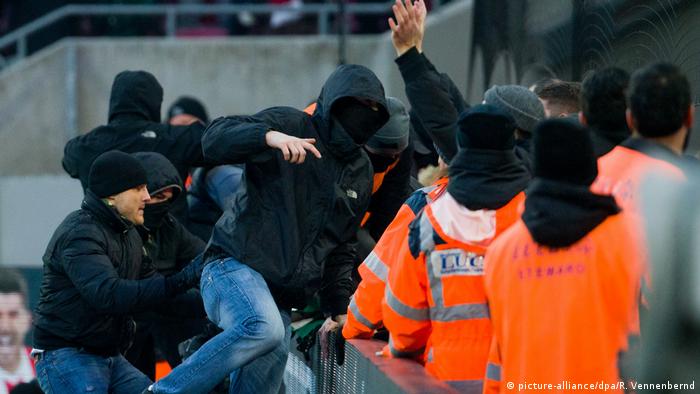 The last time the two clubs were in the Bundesliga, a new chapter unfolded. At half-time, two Cologne ultras disguised as stewards stole a banner from the away end and raced across the pitch with it to the safety of their own terrace. Simon Terrode then netted a 95th-minute winner for Cologne to secure only their second win of the season and compound a bad day all round for Gladbach.

But they got their revenge quickly and in spectacular fashion. Just two months later, Gladbach ultras attended Cologne’s away game at Hoffenheim and, quietly positioning themselves next to the away end, proceeded to use the smoke from the Cologne fans' pre-match display as cover to steal a banner belonging to the Boyz Köln ultras and escape.

The Boyz disbanded, but their banner could make an appearance in the away end on Saturday afternoon when over 5,000 Gladbach fans make their way to Cologne — "all in black," according to a flyer distributed by Gladbach's Sottocultura ultras. The club have also issued advice to their supporters "not to display conspicuous fan material" in their cars and to "avoid traveling from the city center," while over 1,500 police officers will be on duty.

"Sometimes I think Gladbach hate us more than they love their own club," says Markus. "And we have nothing but resentment for them."

In a season of derbies in Berlin, Hamburg, the Ruhr and the Rhineland, this is the first big one.