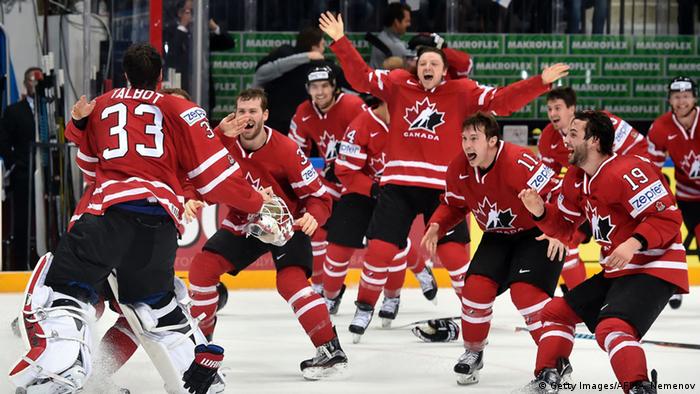 Their 26th world title leaves the Canadians just one short of record-winners Russia, who crushed the United States 7-2 in the bronze medal match earlier on Sunday.

Russia's hopes of a first home triumph since the Soviet Union won in 1986 were dashed by their 3-1 reverse to the Finns in the semifinals.

The U.S., bronze medalists at the 2015 edition were pipped 4-3 by Canada in the last four, who were bidding for a medal at two consecutive world championships for the first time since 1934.

Canadian forward McDavid, at 19 years of age, became the youngest player to win Under-18, Under-20 and world championship gold, while compatriot Corey Perry picked up his third title, becoming the 27th man to achieve the feat.

"We've executed our game plan almost perfectly today and that made the difference," Perry said.

Finland forward Aleksander Barkov added: "We gave everything we have to level but today it was not enough to save the match. Today they played better and won deservedly."

The 81st edition of the world championship will be co-hosted by the French capital Paris and the German city of Cologne next year.