A Canadian court has sentenced a man found guilty of killing men at a mosque in Quebec City to 40 years in prison. The judge found that although Alexandre Bissonnette was motivated by hatred, it was not a terror attack. 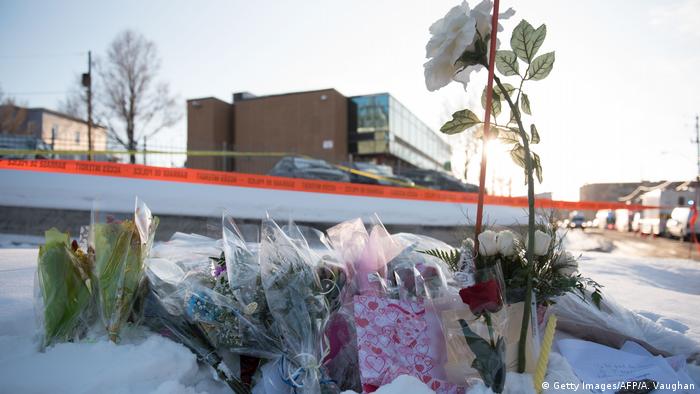 A Quebec City court handed a life sentence on Friday to the gunman who fatally shot six members of a Quebec mosque in 2017.

Alexandre Bissonnette had already pleaded guilty to six counts of first-degree murder and another six accounts of attempted murder.

Judge Francois Huot rejected a request by the prosecution for Bissonette to be given a 150-year sentence, which would have the longest-ever in Canada.

However, he also noted the killer's "visceral hatred of Muslim immigrants" in his decision. Hout ruled on a life sentence with the eligibility of parole only after 40 years.

Bissonnette entered the mosque and opened fire on some 40 men and children who were chatting after the end of prayers. Those who were killed were all dual nationals who had emigrated to Canada in recent decades.

The killer's "highly premeditated" attack would be "written in blood" in Canadian history as one of the country's worst tragedies, Huot said in court.

While Huot said the attack was motivated by prejudice, he said it did not constitute a terror attack. The judge cited Bissonette's mental health issues, including an obsession with suicide.

Bissonnette, a university student at the time of the shooting, became enticed by nationalist and supremacist ideologies before committing the "unjustified and deadly" massacre.

The court ruled that there was a public interest in obtaining evidence for a terrorism case. The decision may impact the willingness of sources to speak to journalists. (01.12.2018)

A boy has been given two years in jail after he robbed a store clerk at knifepoint. Prosecutors said he planned to use the money to join the "Islamic State" (IS) militia. (06.04.2016)