Can tourists coexist with nature on Lebanon's Rabbit Island?

Lebanon's beaches have a serious pollution problem. But off Tripoli's Mediterranean coast, a pristine haven attracts migrating wildlife and daytrippers alike. Can the tourists and turtles find a way to coexist? 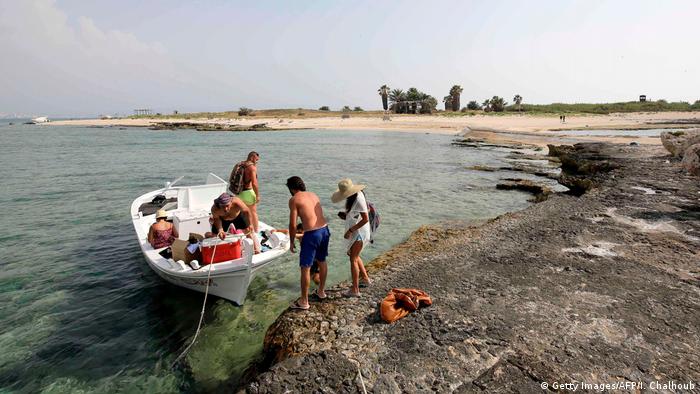 At 6am, the first boats arrive at Lebanon's Rabbit Island, bringing daytrippers eager to secure the best sunbathing spots.

Just visible on a clear day from Tripoli's coast, the 83,000-square foot (7,710-square-meter) island is only a 30-minute crossing from the Lebanese city. And because it's closed for all but three months of the year, Tripolitans make the most of it when they can.

"It's an escape from the pollution of the city and the dirty waters on the shores. There are no fumes, no noise, nothing except the sound of the waves," conservationist Aziz Zok says.

In recent years, the severity of pollution on Lebanese beaches has become striking. Untreated wastewater and seaside landfills seep toxic chemicals and sewage into the sea. Newspaper headlines last summer warned Lebanese not to swim, following the publication of several reports on the worsening quality of coastal waters. 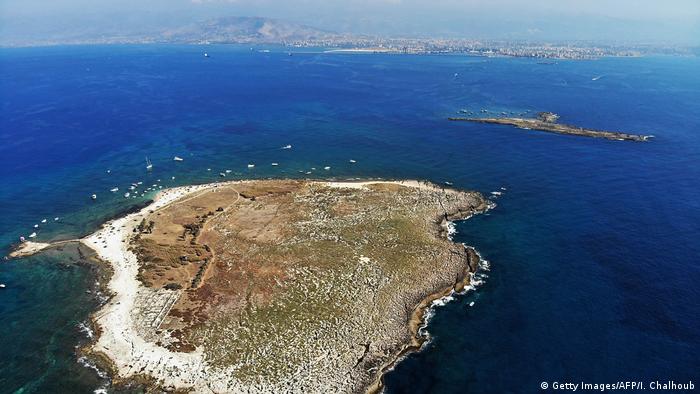 The French first brought rabbits to the tiny island to hunt

This makes the clear shallows around Rabbit Island even more enticing for swimmers and sun worshippers, who count down the days till the visitor ban is lifted. With the season now in full swing and summer temperatures soaring, some citydwellers even pop over with their laptops to work on the beach.

But the mainlanders bring pollution with them.

"We clear at least 400 kilos of rubbish a day in the summer, plus there's the disturbance visitors cause to animals and plants, some of which are only found here on this island," Zok says.

For those in charge of the protected Palm Island Nature Reserve, which comprises Rabbit Island and the smaller Sanani and Ramkine islands, the problem is finding a balance between people's right to visit and the need to protect an endangered environment.

A European-Union funded eco-tourism project is tackling the problem by charging visitors a $2 (€1.80) entry fee to help pay for rangers, rubbish disposal and maintenance of the plants and beaches. 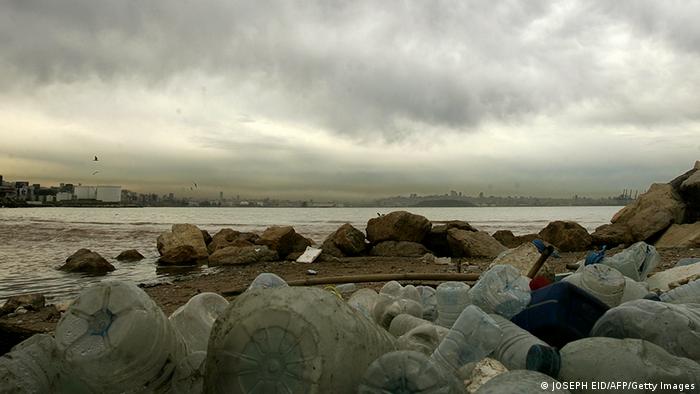 The beach at Beirut, strewn with plastic trash. Lebanon's beaches are notoriously dirty

"You need the income from tourism to maintain sustainability efforts," says Zok, who is field coordinator for the Promapir project, a partnership between Lebanon's Environment Protection Committee and the Office d'Exploitation du Port de Tripoli, a department of the ministry of public works and transport.

Abdelkarim Abdulkhader, who lives in Tripoli, visits Rabbit Island four or five times every summer and is happy to pay the entry fee if it helps preserve the island's nature.

"It's a really beautiful place but you often see broken glass bottles on the beach and people throwing their rubbish in the sea."

He says the initiative is already having an impact and the beach is cleaner than usual. "It's better this year than before," he says.

Officially known Palm Island, the daytrippers' retreat gets its nickname from the rabbits that were brought over in the 1920s in the days of the French mandate and were bred there for hunting. Their holes and droppings are still visible on the island, though sightings of the animals themselves are rare.

Meanwhile, some native species are under pressure. Underwater caves provide an ideal breeding ground for fish, such as sea bream, grouper and parrot fish. And conservationists are concerned the annual human influx scares away loggerhead and green turtles that would ordinarily come ashore to lay their eggs in the white sand.

"Naturally, the arrival of turtles to the reserve is affected by the visitors' use of the entire beach and we have not seen any indication that the nesting process was completed this year," says Promapir program manager Ahmad Halawani.

To prevent visitors disturbing delicate ecosystems and turning Rabbit Island into a rubbish dump every summer, Promapir is installing bins, reinforcing fenced pathways that prevent trash being dropped in animal nesting areas and training local tour operators to raise awareness among their customers. 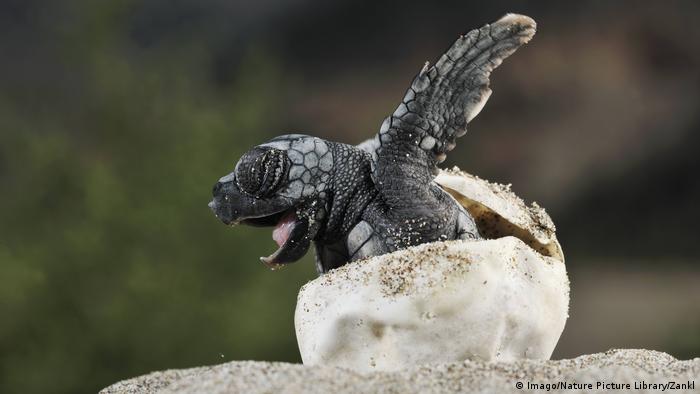 A baby loggerhead turtle hatches from its egg. Visitors appear to have disrupted the reptiles nesting on the island

But some of the most significant developments are taking place under water, where sophisticated sensors are being installed to monitor pollution reaching the island from the mainland coast and concrete reproduction caves are being built to create safe sites for fish to spawn and reproduce.

In addition, visitor facilities are being enhanced with a new eco-friendly floating dock and bathrooms built on the island.

Outside the three-month season, it's hard to imagine the pristine island teeming with picnicking humanity.

Gulls swoop through the sky, their cries competing with the crash of waves and palm trees that creak in the wind. In the undergrowth, crickets leap in every direction, startled by the sound of human footsteps, and rare plants, including the sea daffodil, flower by the water's edge. 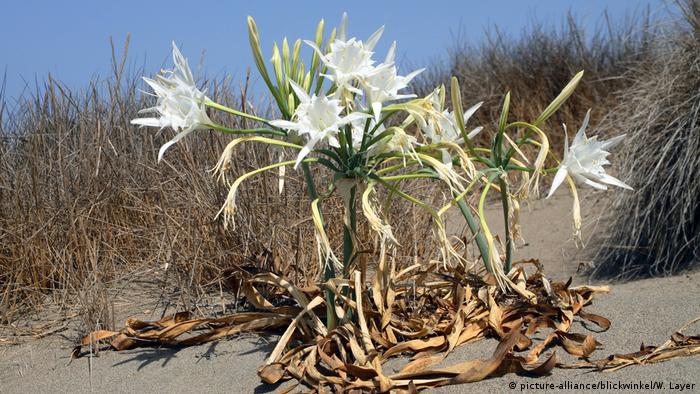 If they look closely, visitors to the island can see rare botanical treasures like the sea daffodil

And there are hidden treasures, too. Ismail Delaty runs expeditions for experienced divers to the waters around Ramkine Island, the smallest in the reserve.

"There's a secret tunnel, wide enough to enter, and just inside you'll find a shoal of soldier fish," he says. "At first all you can see is black, then a bluish light suddenly appears and you go up into a perfect rock pool in the centre of the island. It's nature in its purest form."

Delaty welcomes the project but says it will be difficult to change lax Lebanese attitudes to dropping trash. Since Promapir began in May 2018, he's seen a marked improvement but believes food, shisha pipes and disposable plastic should be banned to ensure rules are respected.

Zok agrees there is still much to be done. "We worked with the budget at hand but we need to do more."

A second phase of the project would increase the number of fenced pathways to ensure that visitors don't stray into prohibited areas.