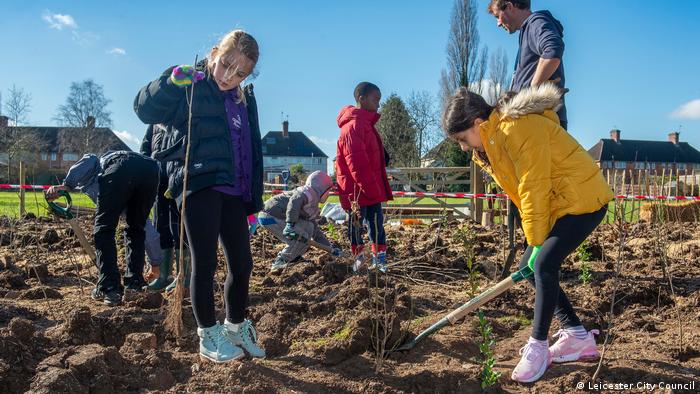 Children in Leicester, UK, plant a tiny forest in their school

In 2014 eco-entrepreneur Shubhendu Sharma gave a TED Talk about the value of the mini-woodland ecosystems he was planting across India. He described how they grow 10 times faster, are 30 times denser, and 100 times more biodiverse than a conventional forest.

He had created them near houses, schools and even factories. Some covered the space of only six parked cars and were so dense you couldn't walk into them. "If you see a barren piece of land, remember that it can be a potential forest," urged Sharma.

His company Afforestt has planted 138 forests in 10 countries around the world.

Tiny forests have been springing up across Europe. Advocates say they are key to boosting declining flora and fauna like birds and insects in cities, and to help reach climate goals by storing carbon.

Belgian biologist Nicolas de Brabandere came across Sharma's work while searching for something he could do to regenerate ecosystems and create jobs. 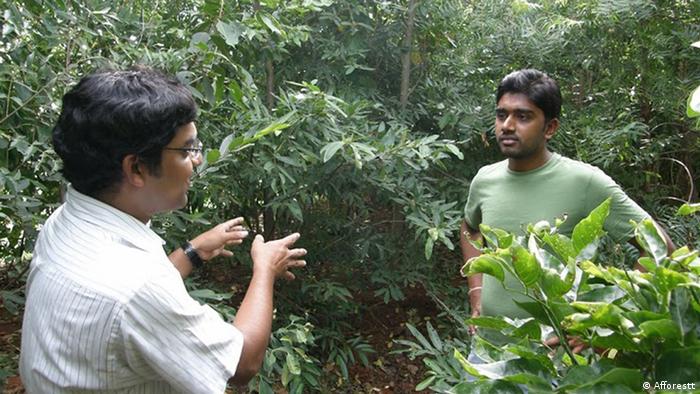 After visiting Sharma in India to learn his approach, he planted his first urban forest in 2016 and has now started a business, growing them in Belgium and France.

One of the first challenges was adapting the Miyawaki method to Europe and its very different soil conditions, species and climate.

"Species that have grown here forever are more likely to do well and be able adapt to climate change," said de Brabandere. "So, I contacted scholars and tree nurseries to identify suitable native tree species and locally sourced materials to improve the soil."

He planted species such as sessile oak, lime trees, wild apple and pear.

The idea has also taken off in Germany, where the first tiny forest was planted in March 2020. The ‘Wald der Vielfalt' — or Diversity Forest — is bigger than most at 700 square meters, and is home to 33 native tree species, mostly maple, beech, oak, ash and lime.

But do tiny forests live up to the hype?

Daan Bleichrodt, who works with IVN, a Dutch organization that connects people with nature, was equally impressed by Sharma's story. Bleichrodt adapted the method to plant the first Dutch tiny forest in Zaandam in 2015, kicking off a movement that has since grown 126 tiny forests. 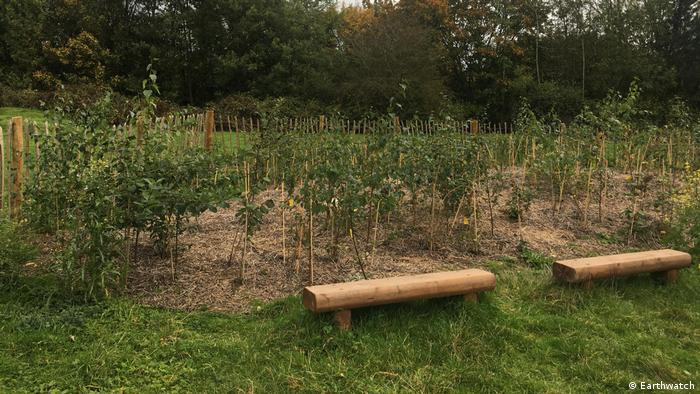 This tiny forest shows progress six months after planting. One of their benefits is their speed of growth

IVN has also planted a "control forest" next to the tiny forest in Zaandam that follows a more natural growth method: it consists of hedges and berry plants to attract birds who then disperse seeds. They hope after a few years it will help them ascertain the impact tiny forests have on air and soil quality, biodiversity and capacity to prevent urban heat island effects.

Researchers from Wageningen University in the Netherlands are also gathering data on the Zaandam control forest and another ten tiny forests in the country, all between 200 and 250 square meters in size.

"Overall, the results are promising," said Fabrice Ottburg, environmental researcher at Wageningen University. "We recorded 934 different plant and animal species, over 6 million liters (1.6 million gallons) of rainwater was collected in the research period, and we recorded a lower temperature within the forests compared to the paved city."

Although the results varied between projects,  they found that a standard sized tiny forest captures an average of 127.5 kilograms (281 pounds) CO₂ annually, a number they expect will increase for up to 50 years after planting. 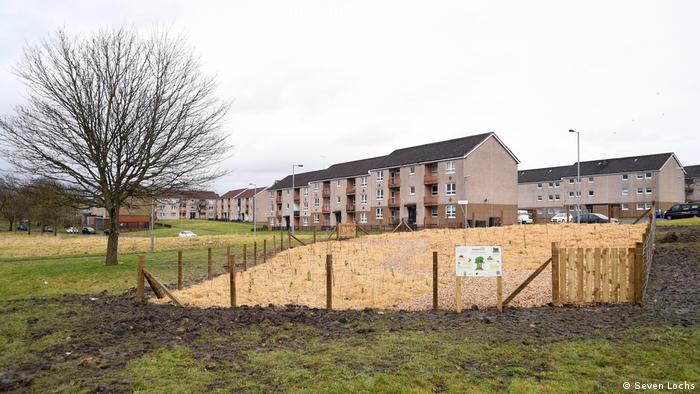 A newly planted tiny forest in Glasgow, Scotland, demonstrates how urban space can be turned green

Competition between species, drop in biodiversity?

Europe's tiny forests are all relatively young. Critical voices, such as Dutch sustainable landscaper Tinka Chabot, have questioned whether they will thrive in the long run.

One issue is that a lack of space could potentially lead to competition between species, causing a drop in biodiversity.

"We do observe that many low shrubs and herbs start to disappear after three years," Ottburg said. "However, that is the case in every ecosystem. As the tiny forests grow, trees will occasionally die, making way for lower shrubs."

In Japan, where the movement is more established, they have discovered that it is soil rather than climate conditions that determines the success of the forests over the longer term.

Tiny forests are not a miracle solution, Ottburg adds. Instead, he believes they should be seen as one of many elements that can make cities greener and attract more plants and animals over time.

"In densely populated cities, it can be difficult to find space for a large new park, while it's easier to create many connecting pockets of nature, including tiny forests, green roofs and natural riverbanks," said Ottburg. 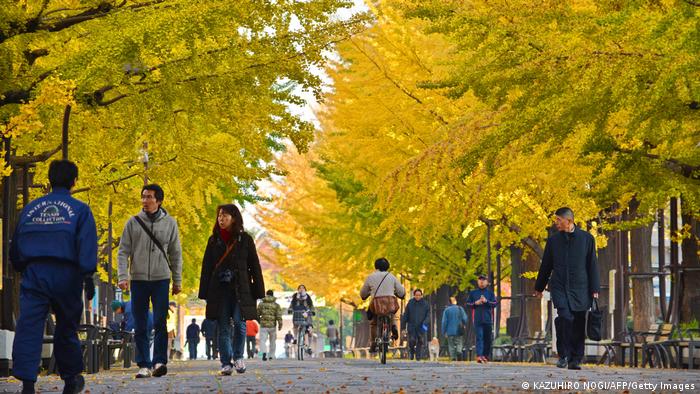 There is also increasing research into the positive impact being in nature has on the well-being of urban communities.

Last year, scientists found that among 9,751 residents of the German city of Leipzig, those living within 100 meters (328 feet) of street trees took fewer antidepressants.

Well-being is one of the focuses of Earthwatch Europe, a British environmental charity. They created the first tiny forest in the United Kingdom in March 2020 and have since added 16 more.

The organization engages local communities in the planting, maintenance and monitoring of the forests, and uses feedback forms to measure people's responses. Spaces are created within the forests to allow visits from schools and organizations.

"Bringing people into tiny forests reconnects them with nature and their neighbors," explained Bethany Pudifoot, a researcher with Earthwatch Europe.

For biologist Nicolas de Brabandere the forests are a way to help people learn about the plants and animals they may have forgotten. On social media he regularly shares educational posts in the hope greater knowledge about urban forests will help the small habitats thrive.

"I find that many are desperate for a practical way to fight climate change and connect with nature. Urban forests offer that," he said. "To me, more than anything, they're a place where people hear birds sing and insects buzz."