Warsaw is expanding its gas import plans with US support. Just little over a two-hour drive from Berlin, Swinoujscie in Poland is at the heart of plans that could shift the balance of power in the EU. 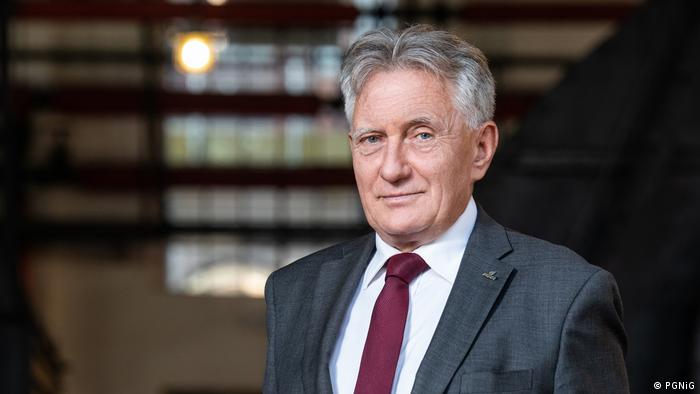 Piotr Wozniak (pictured above), the president of Poland's state-run oil and gas firm PGNiG, is a man with a mission.

"The strategy of PGNiG is to diversify its natural gas supplies, basing it on production from the Norwegian Continental Shelf and LNG imports, complemented by domestic production," Wozniak told DW.

PGNiG signed a 20-year deal for liquefied natural gas (LNG) deliveries from the US in 2018 and said it was spending €200 million ($229 million) buying into a long-term project to deliver gas from Norway. Warsaw then said it would not be extending its 22-year gas deal with Russian gas firm Gazprom in 2022.

"The LNG contracts signed with US partners allow us to purchase natural gas 20-30 percent cheaper than natural gas we purchase from Gazprom," Wozniak said, adding that that the move was important for two reasons. "It is a matter of security and good in terms of supplies ... Gazprom has proved itself to be an unreliable partner for us." 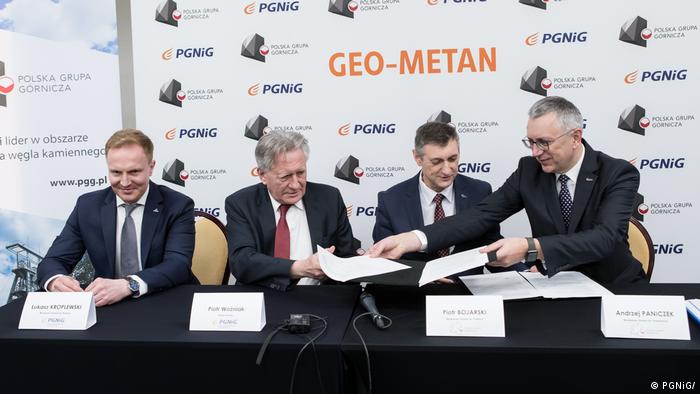 PGNiG and PGG signing a joint cooperation in February

Not much of a surprise there, then.

But some experts believe the only way Poland can break Gazprom's grip on Central and Eastern European gas supplies could be, wait for it, buying Russian gas.

They argue that diversification will be overly costly and could defeat its own objectives if Warsaw doesn't buy Russian gas on the spot market after long-term contracts between PGNiG and Gazprom expire in 2022.

Polish gas consumption amounts to 17 billion cubic meters (bcm) a year, with supply in 2018 from domestic production (3.8 bcm), imports by pipeline from Russia (9 bcm), LNG imports (2.71 bcm) and pipeline imports from Germany and the Czech Republic (1.5 bcm). The share of Russian gas in Polish imports has fallen from 88.9 percent in 2016 to 66.8 percent in 2018, according to PGNiG figures. 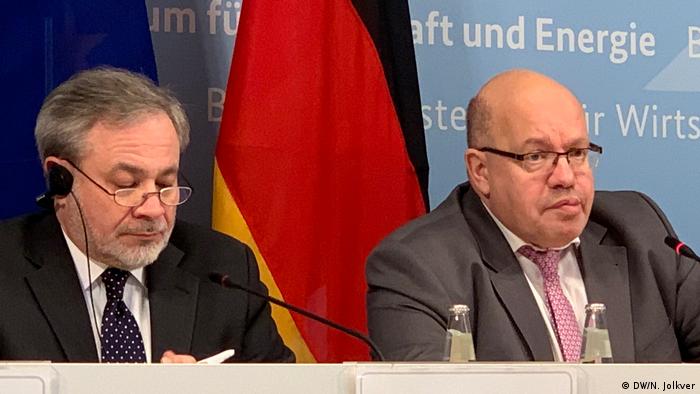 Peter Altmaier and Dan Brouillette in Berlin in February

"The Trump administration strongly supports this project as a way for Poland to diversify its sources of energy and expand access to US LNG abroad as an alternative to Russian gas," US Deputy Secretary of Energy Dan Brouillette told DW.

"The US strongly opposes the Nord Stream II and Turk Stream pipelines as they would deepen Europe's dependence on Russia, open avenues for the Kremlin to spread malign influence and undermine Ukraine," he added.

Swinoujscie: Easy for you to say

Based in Swinoujscie in northwestern Poland, Warsaw's great gas import hope is an LNG terminal operated by Polskie LNG, a subsidiary of Poland's gas transmission system operator Gaz-System. The terminal's regasification capacity is 5 bcm per year, and Polskie LNG plans to increase it to 7.5 bcm, which would satisfy around 40 percent of Poland's annual gas demand.

Asked if the terminal was more of a political choice, given that gas prices are likely to be higher from non-Russian sources, Wozniak said the assumption was false "and the question politically driven."

Now that the US is the world's largest producer of natural gas our abundance of supply is creating more competition to suppliers like Russia, driving down gas prices around the world.

The project would for the first time allow the transmission of gas directly from the deposits in Norway to the Danish and Polish markets, as well as to neighboring countries.

The pipeline is designed to deliver 10 bcm of Norwegian gas per year to Denmark and Poland from October 2022.

The project is considered by the EU as "of common interest" and is deemed "essential to the integration of the European energy networks."

The European Commission last week approved a €215 million grant for the project.

Poland at the heart of a regional grid

Finland could in future receive gas from Norway via a network of pipes. Helsinki and Tallinn are constructing a gas pipeline under the Gulf of Finland to Estonia, called Balticconnector.

But not all are convinced. "I see little if any evidence that Polish policymakers are interested in developing a competitive natural gas market, which is kind of a prerequisite for a natural gas hub," Tim Boersma, the director of Global Natural Gas Markets at the Center on Global Energy Policy, told DW.

"Instead, Polish policymakers have invested heavily in what are generally relatively expensive sources of supply, e.g. oil-indexed LNG from Qatar, and are reluctant to implement EU legislation and open their market for competition."

The aim in Poland, Boersma adds, has not been to grow the natural gas market at the expense of more polluting fuels like coal, but rather to replace Gazprom volumes at all cost.

"In doing so, the Polish authorities are implicitly saying that they do not believe in the merits of EU market integration and liberalization. It is a fundamentally different approach than what Brussels has prescribed for several decades, and one with consequences that I think deserve more attention and thinking than they have to date."

"I find it very difficult to see Poland becoming a major gas hub in central Europe," LNG expert Andy Flower agrees. "The volumes of gas it will be able to import, excluding Russian gas, look to be too small."

Oxford Institute for Energy Studies (OIES), agrees that Poland will not become a hub or a competitive gas market as long as its gas market is completely controlled by PGNiG and the government.

"The decision to use only non-Russian gas will be more based in geopolitics and their experience and attitude toward Russia than actual economic calculus," Anna Mikulska, a fellow in energy studies for the Center for Energy Studies at Rice University, argues.

"But the way I see it, Poland would probably have the best chance of becoming a hub, beyond LNG and Baltic Pipe, if it would negotiate contracts with Russia to bring in Russian gas," Mikulska says.

But few are banking on this happening any time soon.

Overcoming differences between Paris and Berlin, EU diplomats reached a deal on the pipeline, placing stricter regulations on the project. France said it wanted to "ensure European control" of its own energy needs. (08.02.2019)

The recent Ukraine-Russia flare-up adds potency to US claims its gas is a safer, cheaper bet than Gazprom's. But as the Kremlin adjusts to meet new gas demands, the US gas revolution could be far from plain sailing. (28.11.2018)

To compensate for lost Russian imports, Poland is quadrupling its gas import capacity with a pipeline from Norway and an LNG terminal. It could soon be able to help out Berlin, scrambling to replace its own Russian gas.

If Russia turns off the taps, could LNG help boost European energy security? 22.02.2022

Europe's gas reserves are at their lowest in years with winter demand not yet over. As the Ukraine crisis escalates, raising fears over Russian supply, could liquefied natural gas (LNG) fill the gap?