As Germany moves from nuclear to renewable energy, a subsea power cable between Norway and Germany may help keep the lights on whenever nature isn't generating power. 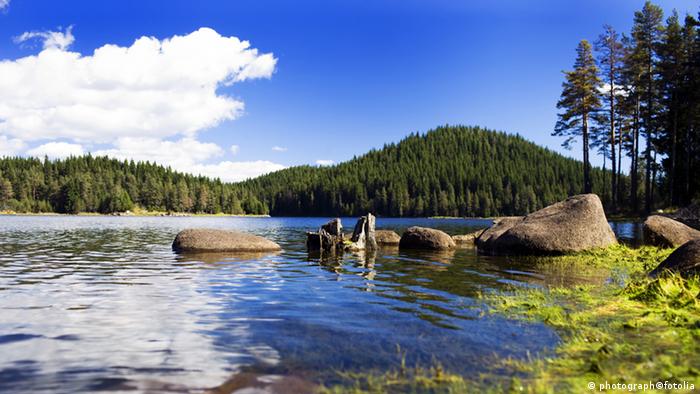 It's night in Germany. There is no wind; the giant wind turbine rotors stand still. There is no sun to operate solar panels. Yet television sets are running and refrigerators humming in brightly-lit households across the nation - powered by green electricity!

It's an environmentalist's dream and it is on the verge of coming true.

Under the name Nord.Link, Germany and Norway have planned a subsea power cable between the two countries that would transmit power from renewable sources in Germany to Norway, store it there and transmit it back when needed.

Norwayhas numerous reservoirs - excess German electricity could be used to fill them with water. And whenever Germany doesn't have enough solar and wind power for its needs, the water retained in Norway could produce energy which would flow back to Germany.

Beginning in 2018, a 600-kilometer long, direct current cable at the bottom of the North Sea is scheduled to connect the German and Norwegian electricity grids. According to the plans, the cable will run between southern Norway and the northern German state of Schleswig-Holstein. It will have a capacity of 1,400 megawatts and will be able to balance fluctuations in the production of wind and solar energy.

The project has been in the works for years but was shelved for a lack of funding. But now the parties have come up with a solution that is to the liking of both sides: Norway's state-run energy company Statnett is to shoulder half of the cost of between 1 and 2 billion euros, while Dutch power provider Tennet and Germany's state-owned Development Loan Corporation (KfW) split the remaining half. 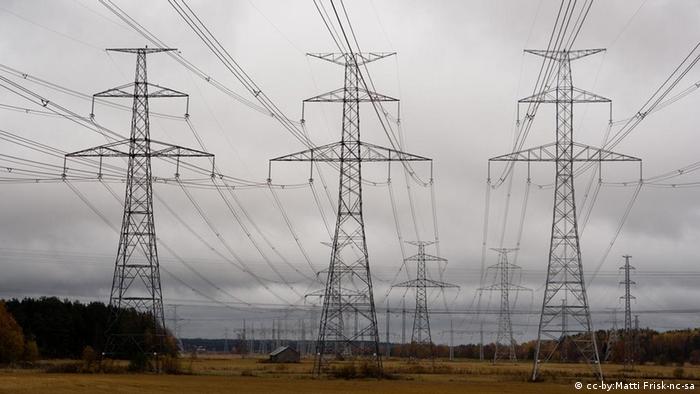 Overhead powerlines are controversial in many areas

There's already a cable between Norway and the Netherlands, and now Germany is to follow suit. If everything goes according to plan, the contracts will be signed in September, and six years later, electricity should flow through the Nord.Link cable. Britain, Scotland and Iceland have also shown a keen interest in using Norway's hydro storage power plants for their own national electricity supply.

Should they, too, be hooked up to the Norwegian network an entire system of cables would line the bottom of the North Sea.

The environmental organization Greenpeace endorses the project on the grounds that it would help increase the percentage of renewable energy in electricity production. "It makes a lot of sense, particularly with regard to offshore wind parks," Sven Teske, an energy expert with Greenpeace International, told DW.

But, said Teske, there will be even more green energy in future, so the capacity of the new cable is still not adequate: offshore wind generation alone is "being expanded to a likely minimum of 20,000 to 25,000 megawatts."

But Nord.Link is a step in the right direction, Teske said: "With an entire network of cables in the North Sea, it wouldn't just be offshore wind energy which could be utilized more efficiently." It would also be possible "to distribute the great solar power potential Germany has, in particular during the summer months." The cable system in the North Sea could even form part of a pan-European network to "hook up with existing storage power plants which already exist in Austria and Switzerland."

That's likely to be much more difficult than the connection with Norway. Nord.Link is invisible, the cable lies at the bottom of the sea. But an overland network would require high-voltage power lines that often provoke massive opposition.

Norway, too, sees protests against such power lines, but they are much more pronounced in densely-populated central Europe. It's not only individuals who are up in arms against these "power highways;" the German Farmers Association has also announced its opposition. "There are plans for 4,000 kilometers of power lines crossing our agricultural areas," the group's president, Gerd Sonnleitner, has said. "We will not put up with that."

Sven Teske says 4,000 kilometers of power cables is an exaggerated figure. It all depends, he says, on "how the mix of energy from different sources is set up."

Central, large-scale power stations will play less of a role in Germany's energy supply as the country switches from conventional to renewable energy. And the more decisively that change is made, the quicker the process will be. Greenpeace says that fewer new power lines would be needed in order to distribute power from many small power plants: they estimate that 1,000 to 1,500 kilometers would be enough.

German energy suppliers are demanding billions of euros in compensation for losses incurred by the phase-out of nuclear power, according to the daily Frankfurter Allgemeine Zeitung (FAZ). (13.06.2012)

Europe's biggest insurer, the Allianz Group, has said it has bought three more wind farms as the company looks to increase its yields on investment. And being associated with renewables is good for the image too. (27.03.2012)

Germany will need to double its electricity storage capacity in the next 15 years to keep pace with its growing demand for clean energy. Deutsche Bank analysts say businesses have been slow to get what it means for them. (29.02.2012)