Europe's biggest insurer, the Allianz Group, has said it has bought three more wind farms as the company looks to increase its yields on investment. And being associated with renewables is good for the image too. 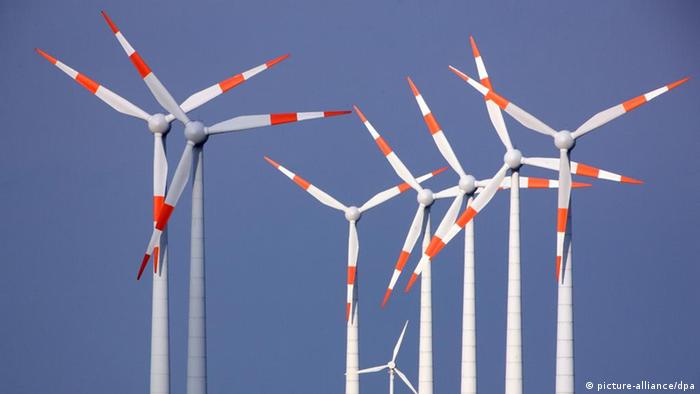 German insurer Allianz has bought three more wind parks in Europe. It acquired two facilities in central France from turbine maker Nordex, the insurance group said in a statement in Munich on Tuesday.

The two parks in the department of Cher have the potential of providing electricity for 11,300 households.

Allianz also bought a new wind park in the western German state of Lower Saxony which is designed to generate enough electricity for 9,000 households.

"We assume that demand for wind and solar energy will continue to be on the rise and that we will expand our investment in this rapid-growth sector," the Chief Executive of Allianz Specialized Investments, David Jones, said in a statement.

Europe's biggest insurer has already invested 1.3 billion euros ($1.74 billion) in wind and solar farms, with the latest acquisitions reported to have cost the company 50 million euros.

The DAX-listed blue chip now owns a total of 34 wind parks which - together with a few solar parks - generate electricity for altogether 350,000 households across Europe, particularly in Germany and France.

"Germany and France are important markets for us," CEO David Jones maintained. "We expect to expand our activities further in these two and other key markets across Europe."

More and more European insurers have been looking for alternative investment opportunities for multi-billion euro annual profits. Focusing on government bonds, which for decades was seen as safe and lucrative, is no longer viewed as a safe bet.

Bonds from secure countries like Germany do not give sufficient yields, while those from governments in struggling economies such as Greece or Spain are now anything but safe. Investing more in renewables has been seen as a sustainable alternative, with profits normally ranging from four to eight percent.