Bundestag re-examines intel failings on NSU | Germany | News and in-depth reporting from Berlin and beyond | DW | 26.11.2015

The German parliament has begun a new investigation into the NSU affair. Even though the Bundestag published a 1,300-page report two years ago, many questions on the neo-Nazi terror group remain unanswered. 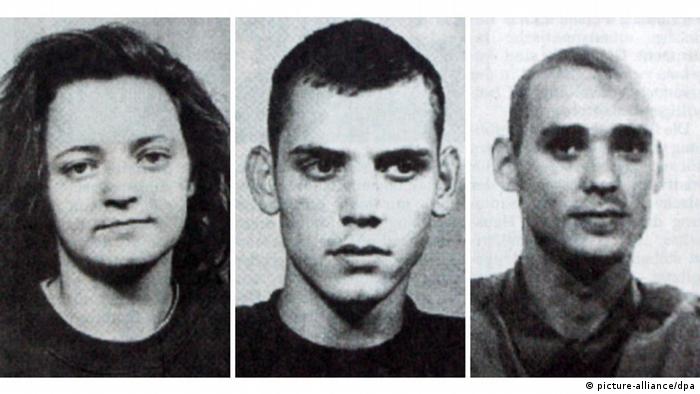 There are still too many questions. The German parliament has already spent 19 months - between January 2012 and August 2013 - plowing through the fallout from the so-called "NSU affair," but a new committee convened on Wednesday to continue its investigations into how the neo-Nazi terrorist group could remain undiscovered for over a decade.

On November 4, 2011, following a dramatic series of events in the small town of Eisenach, central Germany (involving a failed bank robbery, an apparent double suicide and several arrests), the news broke that a murderous group of neo-Nazis calling themselves the National Socialist Underground, or NSU, had been murdering, bombing, and robbing banks under the noses of Germany's police and intelligence agencies for over a decade, despite a large and costly network of informants in Germany's far-right scene.

Two of the group's alleged members, Uwe Böhnhardt and Uwe Mundlos, are thought to have shot themselves in a caravan as they were surrounded by police on that day, while the third, Beate Zschäpe, gave herself up later and has been on trial in Munich since May 2013. 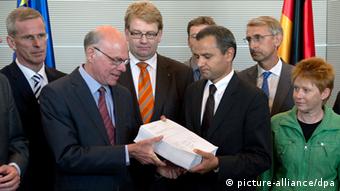 Despite the 1,300-page report that the first parliamentary committee produced in 2013 (not to mention the investigative committees carried out by six state parliaments), the parliamentarians still believe a lot of ground was left uncovered - did the NSU have more helpers than previously believed (some estimates put the number at over 200), and did the neo-Nazis informants really not know anything?

"The last committee could not investigate everything we would like to have investigated simply because there wasn't enough time," said Irene Mihalic, chairwoman of the Green party's faction on the committee. "In the past two years we thoroughly considered whether we needed a new investigative committee, or if we could deal with it in the normal work of the Bundestag," Mihalic told DW. "New questions have arisen, also in light of the trial of Beate Zschäpe in Munich. We just realized that we reached legal limits and that we really need an investigative committee so that we can see certain files."

The NSU is suspected of carrying out ten murders - nine people of Turkish or Greek descent and one police officer - as well as at least five bombings between 2000 and 2007. Several details about these crimes remain unclear - especially the murder of the police officer Michele Kiesewetter, the only killing to have been carried out with a different murder weapon.

"For me the most important question is how did the Verfassungsschutz [Germany's domestic intelligence agency] act?" Mihalic said. "What we know today is that there was a wide network of informants in the direct sphere of the NSU. How could these crimes remain undiscovered all these years, even though the security forces must have been informed about the NSU the whole time?"

The first parliamentary commission report concluded in 2013 that Germany's security forces had made a number of mistakes in investigating the murders: searches were not carried out properly, informants were used poorly, and relatives of the victims were treated as suspects on spurious grounds. 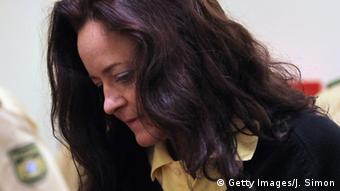 Zschäpe has yet to break her silence in court

Perhaps most damning of all, the Bundestag concluded that the Verfassungsschutz had been guilty of "undeniable failure" because its analyses had been "wrong and grossly belittling" of the potential danger posed by far-right extremism. On several occasions, intelligence agencies had simply refused to recognize neo-Nazi terrorism as a possible motive and explanation.

The first committee concluded that there was no evidence that the security forces had directly supported or protected the NSU, but the informants remain much more murky. "What role did the informants play?" Mihalic wants to know. "They were state-funded neo-Nazis, so to speak. So for us the question is, did this network contribute to allowing the NSU to form? And, what we shouldn't forget in all this, are our security services today, four years after the NSU, well-equipped to counter far-right terrorism? We're experiencing attacks on refugee housing every day."

The initiative to start a new investigation came from all four parties in the parliament, and Bundestag President Norbert Lammert opened Wednesday's session by calling the committee a "rare exception which makes more than clear that we have a common concern."

Meanwhile, Zschäpe is set to break her two-year silence in court on December 8, though Grötsch says this will not immediately affect the committee's work. "We won't let Ms Zschäpe determine what the parliament does in any way at all," he said. "We have our own agenda, and we're going to follow it."

The planned testimony of alleged terrorist Beate Zschäpe has been postponed. The member of a German neo-Nazi group accused of carrying out racial killings was expected to break her silence for the first time this week. (10.11.2015)

Three defense lawyers for Beate Zschäpe have petitioned to be relieved of their duties a day before their client takes the stand. She is a member of a German neo-Nazi group accused of racist killings. (10.11.2015)

Four years after the NSU made headlines, the Bundestag will open a second fact-finding investigation. Marcel Fürstenau fears that it won't bring any new details to light. Nonetheless, it is necessary. (18.10.2015)