Four years after the NSU made headlines, the Bundestag will open a second fact-finding investigation. Marcel Fürstenau fears that it won't bring any new details to light. Nonetheless, it is necessary. 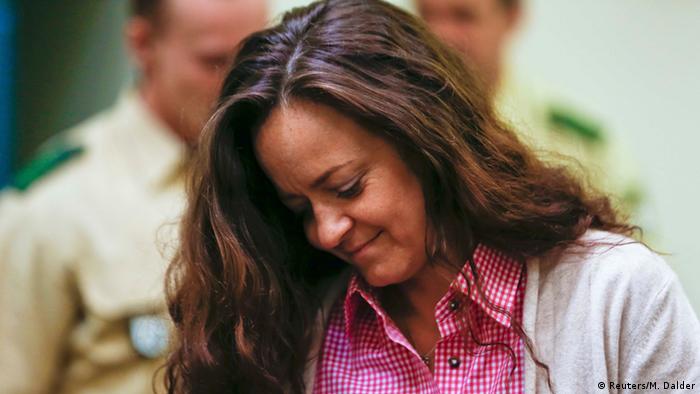 From 2012 to 2013, the first parliamentary committee to investigate the National Socialist Underground (NSU) delivered much more than just an impressive display of busywork. Sixteen months of investigations into a series of racially motivated murders in Germany resulted in a 1,400-page final report. The parliamentarians promised that the document would encourage public debate, with the aim of "adamantly fighting every form of extremism and xenophobia in our country." If that wish had been fulfilled, a second parliamentary committee to investigate the NSU would not have been necessary.

Because it is, we must deduce that things are in a sorry state in terms of any real clarification. Unfortunately, the assessment is accurate on both the political and penal levels. Things are also not going well in Munich, where the trial of Beate Zschäpe (pictured), the only known remaining member of the NSU, has been underway for two and a half years. The parallels between the limits of political and judicial attempts at clarification are astonishing. The limits are of a governmental nature, and they have a name: Germany's domestic intelligence service, the BfV. It was at this agency that the committee's verdict of "complete governmental failure" was directed. For that reason, the parliamentarians offered a number of recommendations; at the top of the list was a reform of the domestic intelligence service.

Politicians officially followed that advice. The state and federal interior ministers agreed to the primacy of the BfV. The move was intended to eliminate future disputes over jurisdiction and lapses in communication. According to the NSU investigation committee, those were the key factors that enabled the terror group to continue its spree of robbery and murder throughout the country for 13 years before finally being stopped. The BfV should be better equipped today on a structural level. An exchange of information, which, at worst, was nonexistent in the past, is now (ideally) guaranteed - thanks to a central database on right-wing extremism.

Yet fundamental questions remain unanswered, and there are still grave doubts about transparency and credibility. What NSU information remains in the authorities' file cabinets? Why is it still being kept hidden from the public? Why weren't records turned over for the trial? Such questions also occupy members of the new investigative committee, scheduled to convene in November.

The panel's designated chair, the Christian Democrat Clemens Binninger, wants to invite dubious undercover informants from right-wing groups to testify before the committee. Several had been forced to testify at the trial in Munich - some many times. During their testimonies, it became increasingly clear that these men were often key figures in the development of neo-Nazi structures. It was in the context of that kind of aggressively racist environment that the trio of suspected NSU murderers had been radicalized. The question of how something like that could happen while the intelligence services were watching, and if that may have in fact been willed, has yet to be satisfactorily answered. And to a great extent, that is because of the actions of politicians who continue to protect undercover informants, some of whom have criminal records.

All of the files that could most likely answer such questions remain under lock and key in the name of source protection. The trial has suffered gravely for that fact. Joint plaintiff attorneys representing victims' relatives regularly fail to gain approval for the disclosure of relevant documents. It seems that federal prosecutors fear that their own case could fall apart if such documents were to be made public. Their case is based on the premise that the NSU consisted solely of Zschäpe and her two now-deceased partners, Uwe Bönhardt and Uwe Mundlos. The co-plaintiffs have doubted that theory from the start, and now the members of the second NSU investigation committee are beginning to doubt it more than ever.

Those doubts have been fueled by the sudden discovery of NSU files that BfV officials claim to have previously overlooked. The mysterious death of the informant "Corelli" also gives rise to questions that the panel will seek to answer. Despite their praiseworthy earnestness, there is no indication that Binninger and his colleagues will bring anything new to light. Nevertheless, their decision is correct and it is important. They are expressing just how utterly discontent they are with the wholly unsatisfactory explanation for these horrific crimes. There is also another matter that is just as important to them: They want to send a signal in these days of burning refugee homes and martial Pegida marches. For that reason alone, this cross-party resolution to reopen a new NSU investigation committee is a very good thing.