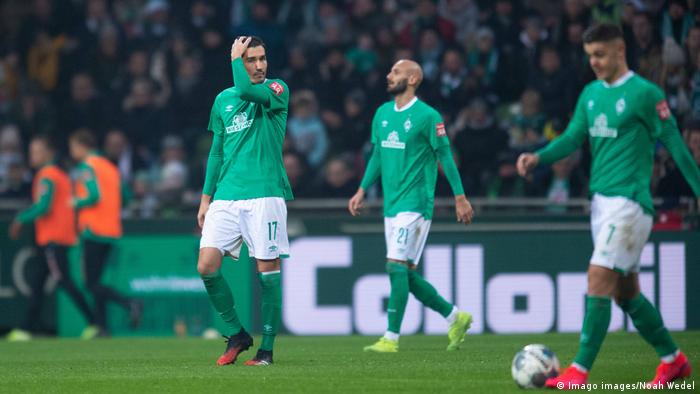 It was a refreshing statement of ambition from a fallen German giant. Werder Bremen, Bundesliga ever-presents apart from one season, have spent the last decade as permanent residents in mid-table. The four-time champions felt it was time to push on.

Germany's ninth biggest football club with over 40,000 members should be aiming high and, in Florian Kohfeldt, they had one of the country's brightest coaching talents at the helm.

Ultimately, they missed out on Europa League qualification by a single point in the league, and were knocked out of the German Cup in the semifinals. "After coming so close, it's only right that we aim for international football again," Baumann said ahead of this season.

This time though, things haven't gone to plan. Saturday's 3-0 defeat at home to Hoffenheim was Werder's seventh loss in their last nine, and their tenth in total this season, leaving them 16th in the Bundesliga – the relegation play-off place.

For a side that seemed well placed to challenge for a European spot again this season, it only seems fair to ask the question: what has gone wrong for Werder Bremen this season?

With only one win (a 3-2 victory over Augsburg on matchday three) and eight goals at home all season, Werder Bremen are unsurprisingly bottom of the Bundesliga's home-form table.

This week's loss to Hoffenheim marked their sixth defeat at the Weserstadion, but it wasn't even their worst, nor their heaviest. Those honors go to newly-promoted Paderborn, who won 1-0, and Mainz (5-0 winners in Bremen).

Away from home, Werder have fared better with three wins, three draws and only four defeats, leaving them tenth in those standings. Their inability to make their home stadium somewhat of a stable place to be is a problem. It's certainly not a case of home sweet home this season. 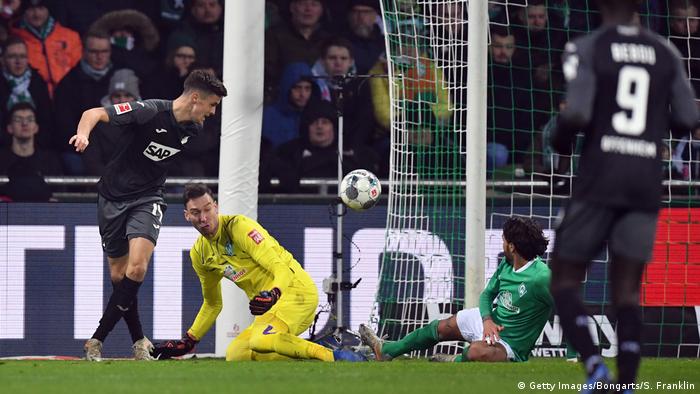 Werder conceded their 42nd, 43rd and 44th goals of the season against Hoffenheim, leaving them with the joint-worse defense in the division, matched only by the equally leaky Mainz. In fact, last week's 1-0 win over Fortuna Düsseldorf was Werder's first clean sheet in 18 games – a league record this season.

They've been especially vulnerable from set-pieces and that's precisely where the opening goal on Saturday came from. Werder failed to clear their lines from a corner, Andrej Kramaric kept the danger alive and Davy Klaassen, in an attempt to clear, contrived to lob the ball over his own goalkeeper and into the net.

"I don't want to sugarcoat it but we can't work on them any more than we already do," Kohfeldt insisted back in October, regarding his team's defending from dead balls. "But it's costing us points."

Indeed it is, and they're not learning.

As Bremen have plummeted down the table, it's only logical that questions are beginning to be asked of the young head coach himself, promoted from within after the departure of Alexander Nouri (also an internal appointment) in October 2017.

The club's decision was vindicated when the then 35-year-old led the team from second-bottom to the safety of 11th, earning him the German Football Association's (DFB) coaching prize as Werder remained unbeaten in their last 12 home games. Evidently, their home form wasn't always such a problem.

Unfortunately for Kohfeldt, this season appears to be following a similar trajectory to other young internal appointments in the Bundesliga: a short-term boost brought about by tactically progressive coaches who understand their clubs and have a good relationship with their players, followed by stagnation. 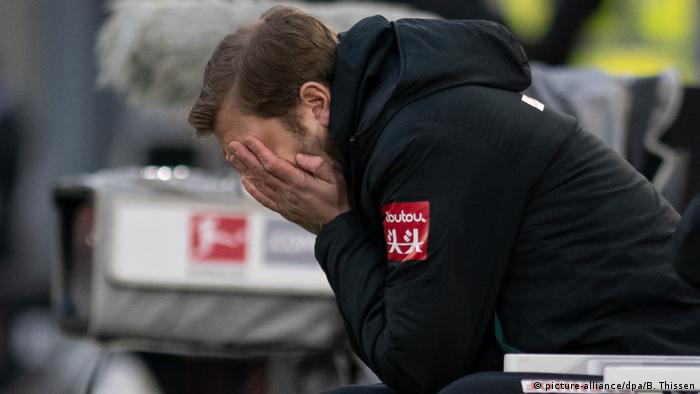 For every Jürgen Klopp, Thomas Tuchel or Julian Nagelsmann in German football, there's an Alexander Nouri (Werder), a Sandro Schwarz (Mainz), a Christian Titz (Hamburg), an Andre Schubert (Gladbach), an Ante Covic (Hertha) or indeed a Florian Kohfeldt for whom it doesn't quite work out.

Nevertheless, Kohfeldt still has the backing of the club. "Florian works very well with the team, the problem isn't tactics or organization," said sporting director Baumann after the loss to Hoffenheim. "Florian is a top coach, that won't change."

In Kohfeldt's defense, he has had to compensate for the loss of key players. Serge Gnabry made his Bundesliga breakthrough in Bremen and has since developed into one of Germany's best attacking talents at Bayern Munich, while Thomas Delaney's performances in central midfield were good enough to attract the attention of Borussia Dortmund.

Ishak Belfodil may only have scored six goals in his Bremen career but his 17 for Hoffenheim showed what potential he has, while striker Max Kruse, who has since joined Fenerbahce, has been noticeable in his absence.

Injuries haven't helped either, particularly at the back, while attacking options such as Davy Klaassen, Yuya Osaka and Josh Sargent haven't performed with enough consistency to relieve the outstanding Milot Rashica. The reliance on 41-year-old Claudio Pizarro is romantic but desperate. 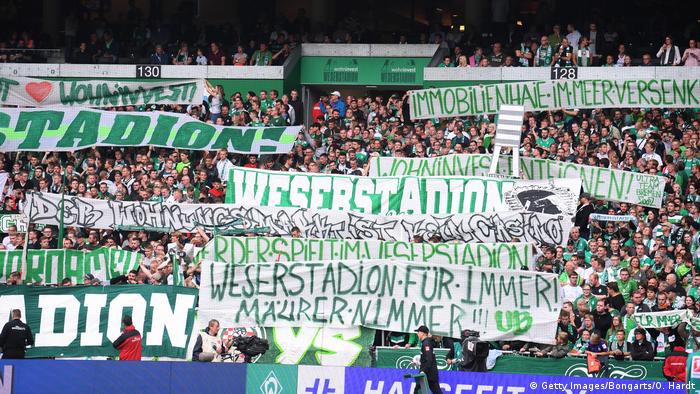 "Forever Weserstadion!" Bremen fans are unhappy at the sale of stadium naming rights

Werder Bremen's fans, led by one of Germany's more vibrant ultra scenes, have largely remained supportive of their team, but the Weserstadion has also been the scene of several protests against the controversial decision to sell stadium naming rights to real estate company Wohninvest.

Banners with messages such as "Forever Weserstadion" and "Weserstadion untouchable" have been a common sight at home games, while flags labeling the company "property sharks" have been hung over the VIP box from where the sponsors watch games. Ten minutes into the home game against Paderborn, fans even draped a black sheet over the VIP box, blocking the occupants' view.

The stadium on the banks of the River Weser is one of the most atmospheric in Germany, but it's not been a happy hunting ground this season.