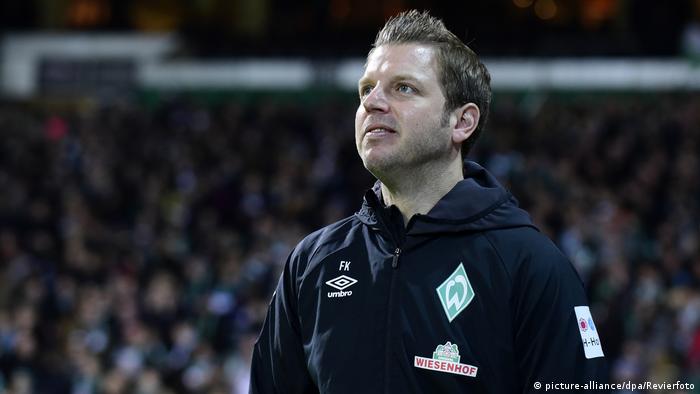 At the moment, Werder Bremen is the definition of a mid-table Bundesliga team.

Their 4-2 victory over Schalke at Bremen's Weserstadion on Friday lifted them into ninth place — smack dab in the middle of Germany's 18-team top flight. They rank seventh in both goals scored (43) and goals allowed (37) in the division. Their nine draws this term is tied with Freiburg for the second most behind Hoffenheim.

Yet for a team that has flirted with the relegation zone the previous four seasons, this league campaign has been a resounding success, and head coach Florian Kohfeldt deserves a lot of credit for making that happen.

Bremen fans have seen a number of coaches emerge from the tunnel at the Weserstadion. Kohfeldt, who was promoted from the reserve team in November 2017, is the fifth coach to take the helm since Thomas Schaaf's 14-year run came to an end in May 2013.

Kohfeldt's two predecessors, Alexander Nouri and Viktor Skripnik, were sacked by Bremen with the team in the relegation zone. Meanwhile, Kohfeldt, in his second season in charge, has managed to avoid the drop zone completely — his Bremen team this season has not fallen below 11th place in the table. 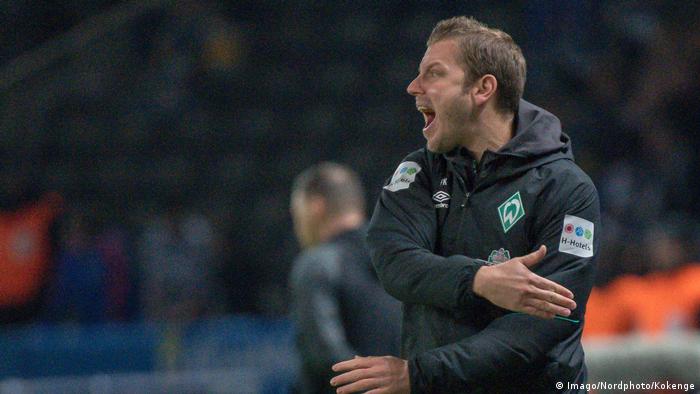 What is even more impressive is that the 36-year-old has made Bremen into an attractive attacking team. His side has scored in all 25 of its league games this season, the first time that has ever happened in the German top flight.

His squad is also putting up numbers Bremen fans haven't seen in nearly a decade. Werder have held an average possession of 52.9 percent, have fired 14.9 shots per game and have passed with a success rate of 80.2 percent, according to football statistics website WhoScored.com.

Those are the best marks the team has put up since the 2009-10 season, when Bremen finished second in third place. That team had household names such as Mesut Özil, Tim Borowski, Torsten Frings and Marko Marin, not to mention much younger versions of Claudio Pizarro and Martin Harnik.

As a result, Bremen have collected an average of 1.44 points per game this season under Kohfeldt, the best average for a Bremen coach since Schaaf.

A spot in Europe?

With 36 points on the season, Werder Bremen remain in contention to qualify for a European competition, a feat which would end their eight-year absence.

However, they still face an uphill battle towards the international stage. Unlike all the teams above them in the table, Bremen still have to face both Bayern Munich and Borussia Dortmund a second time. They also have difficult away fixtures against Leverkusen, Hoffenheim and a surprisingly difficult Düsseldorf team.

But Bremen seem to be rounding into form at just the right time. They are unbeaten in the eight games they have played in 2019 and have scored 15 goals in the new year, tied for the fifth most. Harnik, a crucial squad player who has dealt with a nagging hip injury all season, scored on Friday in his return from a four-game absence.

Kohfeldt's side also never seems to be out of a game. They have faced a 1-0 deficit in each of their last four games, and they have gone on to either draw or win each of them.

Qualification for Europe may yet be beyond their reach at this point in their development, but with Kohfeldt at the helm, the club is certainly headed in the right direction.

Borussia Dortmund's season is coming off the rails. Their Bundesliga lead is gone and they are out of the Champions League. Lucien Favre needs to solve these problems in order to keep Dortmund's title hopes alive. (08.03.2019)

Bayern Munich's coach Niko Kovac is facing a tough week in the Bundesliga and the Champions League. How well his team performs against Wolfsburg and Liverpool could go a long way to deciding his future. (07.03.2019)

Will Bayern Munich take the top spot in the Bundesliga?