Max Meyer has been suspended for the final two games of the Bundesliga season after a Bild interview in which he claimed Schalke executives were "bullying" him. The club has denied Meyer's allegations. 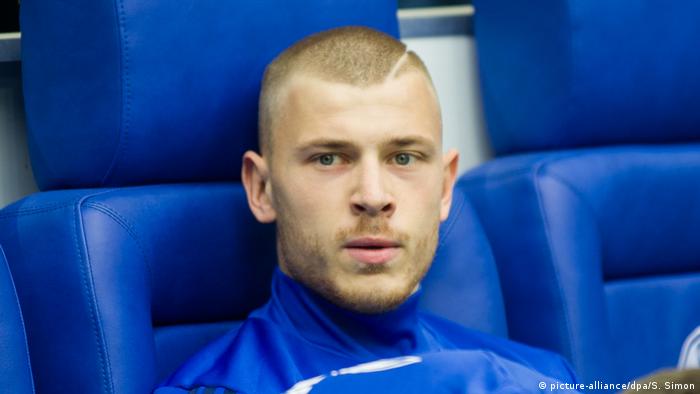 Schalke on Monday suspended impending free agent Max Meyer until the end of the season for comments he made to Bild attacking the club's front office.

"Max Meyer will no longer participate in first team training or feature for the club this season," Schalke said in a statement posted on their website Monday.

Meyer has played 28 games for Schalke this season in the Bundesliga and the German Cup. The 22-year-old, whose contract expires in June, will miss the club's final two Bundesliga games against Augsburg and Frankfurt as a result.

In an interview published by the German daily on Sunday, Meyer claimed he was told by Schalke sporting director Christian Heidel that he "was not welcome anymore" after he rejected multiple attempts by the club to extend his contract. He also went after the club's executive chairman, Clemens Tönnies, for insinuating on television that the reason why the German midfielder didn't sign a contract extension was for monetary reasons, which he insisted wasn't the case.

"I just didn't want to be at Schalke anymore and work under Mr. Heidel. That's why [I didn't extend my contract]. Lately it just feels like bullying to me." Meyer, who is in his sixth season with Schalke's first team after coming through the club's academy, told Bild.

He also asserted that, after picking up a knock in practice last Wednesday, head coach Domenico Tedesco excluded him from training despite the midfielder's insistence that he would be fit the next day.

"I said to the doctor [on Wednesday evening] that I could train. I was not injured," Meyer said. "I told the coach (Tedesco) that on Thursday. He said before training that I should stay inside and wait until Monday to train. I was available since Thursday."

When asked why he decided to go public with his complaints, Meyer said: "I didn't want to leave and then talk. I've had enough of only reading things about myself. But neither Heidel nor Tönnies have talked with me. Now they can read about how the last two years at Schalke was for me."

In their Monday statement, Schalke vehemently rejected Meyer's claims and said his statements were out of line.

"We can't tolerate such statements and such behavior," Heidel said as part of the statement. "We're upset more by his accusations of bullying, which we strongly deny, than his untrue allegations. Schalke have always behaved correctly to Max Meyer."

"My impression for a long time was that Max felt at home here," added Tedesco. "That's what he expressed to the coaching staff. I'm disappointed in his personal attacks and can't fully understand them as they simply don't add up."

Meyer had not played five of Schalke's previous six games in the Bundesliga and German Cup before the suspension. He was substituted off at halftime in the one game he did play — the Royal Blues' 3-2 loss to Hamburg. He was left out of the squad completely in the Royal Blues' 1-1 draw with Borussia Mönchengladbach on Saturday.

The club said Heidel invited Meyer into his office to "discuss his future" after the midfielder's halftime substitution in Hamburg, but "Meyer rejected the invitation."