The German international is set to join BVB in the summer to help fix a leaky defense. While it's certainly a coup for Dortmund, the move also reveals that the gap between them and Bayern is more than just nine points. 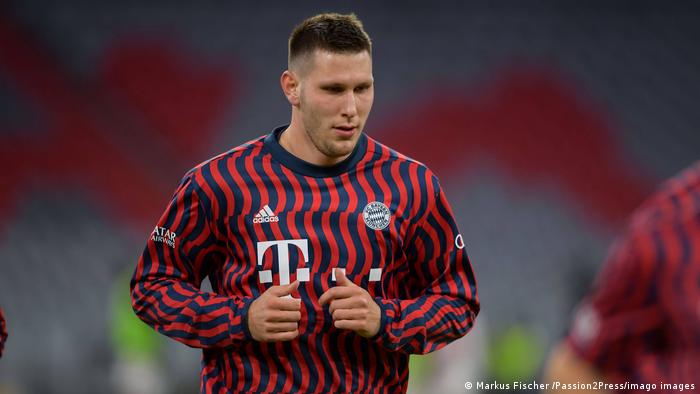 Borussia Dortmund's players were booed by some of their supporters on the Südtribüne on Sunday after a 5-2 defeat to Bayer Leverkusenleft them out of the title race and with the fifth worst defense in the Bundesliga.

On Monday, the Black and Yellows responded by announcing the signing of central defender Niklas Süle from Bayern Munich on a free transfer at the end of the season, confirming earlier reports by the Frankfurter Rundschau and Sport1.

A coup for Dortmund

For the Black and Yellows, so used to seeing players go the other way, the deal is something of a coup. Departing sporting director Michael Zorc and successor Sebastian Kehl deserve plaudits for convincing Süle, a German international who could easily have earned more money abroad, to remain in the Bundesliga and bolster Bayern's closest rivals.

"[Niklas] has great experience, he's calm in possession, and he brings the necessary physicality to help us take the next step in summer," Kehl said in a club statement confirming the move on Monday.

Süle will become the fourth German player to swap Bayern for Borussia since 2016 but, with respect to Sebastian Rode, Mario Götze (both 2016) and Mats Hummels (2019), the 26-year-old can claim to be an elite player at the top of his game.

"We're all annoyed that Niklas is going because he's a good player and we'll miss him. I think we can say today that he has established himself, that he's produced top performances this season and last. That's why he's such an important cornerstone."

Bayern's unwillingness — or inability — to meet Süle's demands may indeed be linked to his injury history or extra financial prudence due to the COVID pandemic. But by allowing him to join Borussia Dortmund, they've also highlighted just how harmless they consider their closest rivals to be.

Meanwhile, RB Leipzig's impressive ability to withstand and play through Bayern's press on Saturday evening and go toe-to-toe with Julian Nagelsmann's team stood in marked contrast to how Dortmund were pressured into conceding a slapstick opening goal against Bayer Leverkusen on Sunday.

Indeed, were it not for a poor managerial appointment at the start of the season, RB Leipzig under Domenico Tedesco would probably be the team most capableof matching Bayern and challenging for the title.

As for Dortmund, their season is as good as over. With only the Europa League to play for, thoughts are already turning to the future. And in that regard, Niklas Süle is a solid starting point.