Public prosecutors found no evidence of third party involvement in Eigendorf's curious car crash, denying allegations that the East German Stasi secret police was behind the death of the former East German refugee. 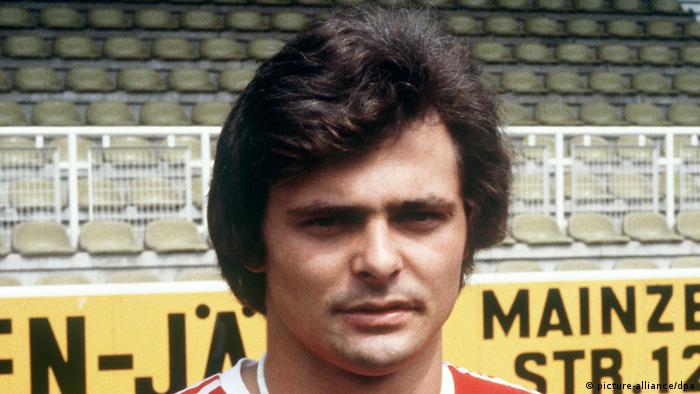 Lutz Eigendorf was last seen around 10 p.m. in the bar "Cockpit" on March 5, 1983, where he was having a drink with his flight instructor Manfred Müller. His team, Braunschweig, had lost 2-0 to Bochum that day - and Eigendorf was forced to watch the defeat from the bench.

At 11 p.m. Eigendorf wrapped his sports car around a tree on his way home. He had been driving at high speed, his Blood Alcohol Content (BAC) was at 0.22 percent, well above the drink-drive limit. Eigendorf died in hospital two days later.

The events of March 5, 1983 in Braunschweig remain the subject of heavy debate. It even remains a mystery how Eigendorf's BAC was so high.

"There were several witnesses who testified to having seen him drink one or at most two small beers and was completely sober when he left the bar just before the accident," historian Andreas Holy told DW in an interview. 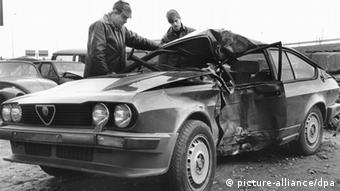 And the journalist Heribert Schwan found out that there was no full-fledged autopsy or intensive examination of the damaged vehicle.

Holy has come to the conclusion that the mysterious accident was in reality murder.

Eigendorf was born in Brandenburg in 1956 and turned out to be a promising footballer early on. At the age of only 22 he was capped for the GDR's national squad.

When his team BFC Dynamo travelled to Kaiserslautern in West Germany, he absconded and stayed in the West, where he continued his sporting career: He made 61 appearances in the Bundesliga, first with Kaiserslautern, then with Braunschweig.

He tended to flaunt his new life in capitalist West Germany. He drove right up to the Berlin wall in his fancy sports car to give critical interviews in front of a backdrop of barbed wire.

"One of the reasons for me to leave the GDR was the possibility to play in the Bundesliga, which is greatly superior in class to the East German ‘Oberliga'," he told reporters just days before his death.

His widow, Josi Eigendorf, went on record saying the Eigendorf had been aware of the risk involved in speaking his mind: "He always thought they could abduct him and take him back," she said.

But following reunification in 1990 it was found that the Stasi, East Germany's notorious secret police service, had already contemplated an assassination: His personal file contained a memo reading: "Poison, gas, narcotics. Eigendorf." 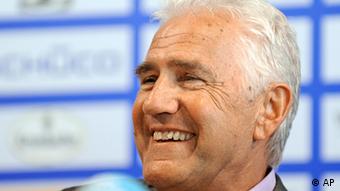 Bielefeld's head Jörg Berger was afraid of the Stasi

"That was no accident," Jörg Berger, a Bundesliga coach told DW back in 2000. Berger fled the GDR in 1979. He recalled having warned Eigendorf to be careful.

"I noticed that I was being observed by the Stasi. I was put under pressure and there were moments I feared for my life," he said, admitting that this had effectively stopped him from making critical comments on the GDR in public.

"But Lutz wanted to call a spade a spade and maybe even get his own back at them. I warned him that they wouldn't just put up with such behavior," Berger recalled.

In 2000, journalist Heribert Schwan produced a documentary for German public broadcaster ARD called "Death to the Traitor." In the course of his research he found a remark in Eigendorf's Stasi file which read "Verblitzen, Eigendorf." "Blitz" is the German word for "lightning," and the term "verblitzen" was created by the Stasi to refer to blinding a driver in the dark by flashing a very bright light at him, often causing him to lose control of his vehicle. 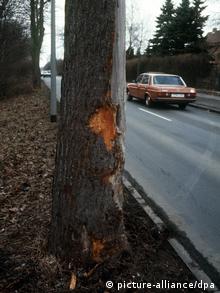 That would explain why the footballer crashed into the tree, and would suggest a political assassination rather than an accident.

"The reason is that the public prosecutor never really cared, even though I pointed out discrepancies in the evidence. Sadly it was the judiciary who managed to mess up things here," Heribert Schwan complained.

And Braunschweig's former public prosecutor Hans-Jürgen Grasemann admitted that this may have been the case. "We always had the suspicion that the Stasi may have had their hands in this after all," he said.

In 2011 Berlin's public prosecutor wanted to revisit the case - but by then a lot of relevant Stasi files were found to have disappeared.