According to a report by the marketing firm Mailman Group, the German Bundesliga is more popular online than its European counterparts in the most populous in the world. 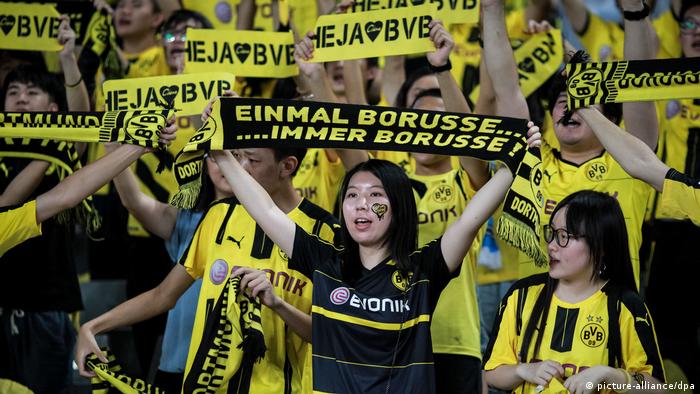 The German Bundesliga is more popular on China's digital media than the Italian Serie A, Spanish La Liga and even the English Premier League for the second year running, according to a report conducted by the Mailman Group.

The Chinese technology and social media agency publishes "The Red Card" study each year, which monitors the respective reputation and attention paid to each league on social media, e-commerce, apps and the open web. And among China's 500 million soccer fans, the German top division has come out top.

The report itself suggests a number of reasons for the Bundesliga's good fortune in the Asian country, including the "comprehensive content strategy" of presenting all 18 clubs online in China, as well as genuine efforts to reach fans with viral marketing campaigns.

Yet the real hard work seems to come off the back of a TV deal with broadcaster CCTV5, which has shown matches in China over the past 20 years. The report states that the channel gets the highest average viewing figures and the highest total number of viewers. The Bundesliga also couples this exposure well with a Chinese-language website - a tactic its European counterparts have yet to catch on to. 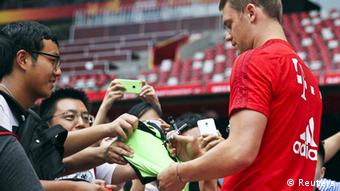 "China and its 500 million football fans offer outstanding opportunities for the Bundesliga and its clubs," says Christian Seifert, Chief Executive of the DFL Deutsche Fussball Liga. "Since we became active in the Chinese market, we have been striving to achieve the best possible digital offering for our fans. We are pleased to see that our digital multichannel strategy is producing the desired success stories. Further measures are already in preparation for the future."

"In 2016, as before, the Bundesliga is in the lead with regard to its reach and the commitment shown by the fans. With Bundesliga.cn we are also the only European league to have our own website for China. Product offerings, tailored to suit the Chinese market for our licensees in China, enable us to successfully cultivate one of the most important markets for the Bundesliga - thanks to this commitment, we have the leading position in the regional marketing of our content," says Susanne Timosci, Director of Interactive Media at the DFL.