Borussia Dortmund's title challenge is all but over after being defeated by Bayer Leverkusen. The Werkself celebrated an impressive return to form with a style of football that Dortmund would like to call their own. 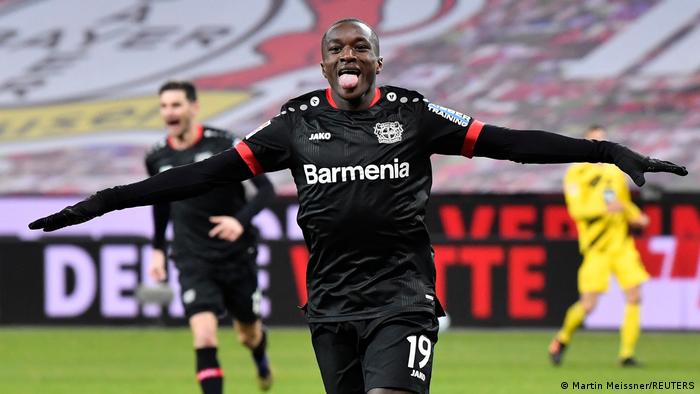 They expect a certain style of football at Borussia Dortmund: fearless, free flowing, attacking, entertaining. And that's precisely what they got in Leverkusen on Tuesday night.

Unfortunately, for those of a yellow persuasion, it largely came from the home team, as Bayer Leverkusen returned to their winning ways in spectacular fashion.

After recording just one point in four games since coming within seconds of holding Bayern Munich to a draw in December, the Werkself were back to their best, led by the unstoppable Moussa Diaby.

The Frenchman latched onto a laser-guided Leon Bailey long ball midway through the first half before slotting past Roman Bürki, and continued to be involved in the best of Leverkusen's play. 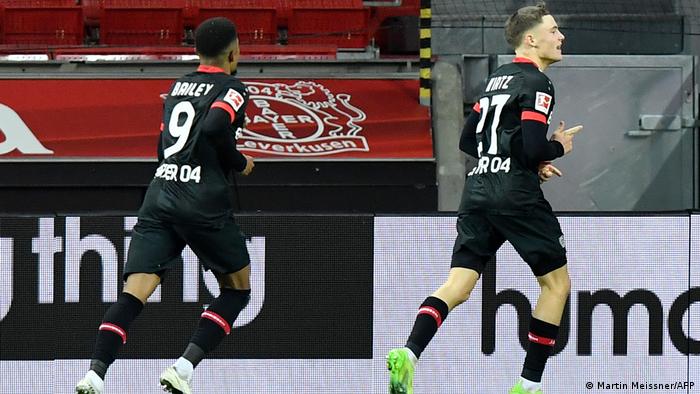 Leon Bailey and Florian Wirtz, the scorer of Leverkusen's second, were on song

He recorded three more shots on goal before half-time, caused Mats Hummels problems with his dribbles all night, and attempted a world record one-two as he exchanged 40-yard passes with Bailey.

And so it came as little surprise that it was Diaby who burst forward on the break in the second half to set up 17-year-old Florian Wirtz for Leverkusen's winner.

Julian Brandt had temporarily drawn Dortmund level with his first goal in 366 days, a fine strike and a reward for an improved second half from the visitors, but Leverkusen more than deserved their victory. "In the end, we could have won by more," opined goalkeeper Lukas Hradecky. He wasn't wrong.

Leverkusen were assertive and clinical in possession, and they were swift to move the ball forward and bypass Dortmund's midfield. In short, just as they did in their 4-3 win in this fixture last season, Leverkusen beat Dortmund playing the sort of football that Dortmund would like to consider their own.

There is, of course, added irony in the fact that they've done this under the guidance of Peter Bosz, the flying Dutchman whose ultra-offensive style of play was ultimately too much, too soon when he was in charge of Borussia Dortmund for 24 roller-coaster games in 2017.

The 57-year-old has been the first to admit that he was perhaps a little bit too gung-ho back then. He has adapted his style slightly, his football is more balanced, but in no way has he abandoned his attacking principles. Leverkusen are reaping the rewards — although the damage to their short-lived title challenge has already been done.

'Relied too much on talent alone'

As for Borussia Dortmund, they might not have a Bailey, a Diaby, an Amiri or a Wirtz — but a squad overflowing with the undoubted talent of Brandt, Marco Reus, Erling Haaland, Jadon Sancho, Jude Bellingham and Raphael Guerreiro should be capable of more.

"Quality is a product of talent and mentality," said interim coach Eden Terzic. "Today, we relied too much on talent alone."

That word "mentality" is as indefinable as it is unignorable when it comes to Borussia Dortmund. Jürgen Klopp had it. The club's industrial, working class traditions demand it. Both still dictate expectations at the Westfalenstadion, but both Thomas Tuchel and Lucien Favre failed to instill it. 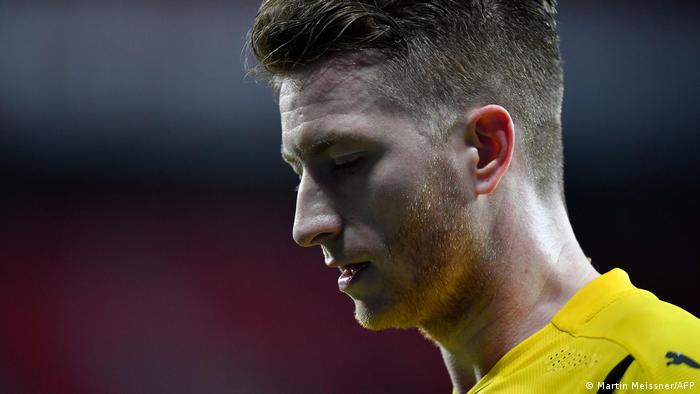 Whether Terzic is the man for the long-term remains unclear. Victory away at RB Leipzig was evidence of what Dortmund are capable of — but so were the generally aimless attempts at breaking down Mainz and Leverkusen.

Terzic has now had the worst start of any Dortmund coach since Thomas Doll and, come Wednesday night, Dortmund are likely to find themselves 10 points behind Bayern Munich again.

"The league title isn't relevant, either before or after the game," said captain Reus. "I'd rather not answer [questions about the title]," said Brandt, nevertheless adding: "We're a long way off at the moment."

It won't get any easier away at Borussia Mönchengladbach on Friday, whose coach Marco Rose is already being linked with the Dortmund job.

But one wonders if Hans-Joachim Watzke and the Dortmund hierarchy were casting rueful glances at the Leverkusen bench on Tuesday night, at their old Bosz, playing Dortmund football in Leverkusen.