Hertha Berlin have turned to former Germany, Bayern Munich and USA coach Jürgen Klinsmann after sacking Ante Covic. The World Cup winner had been set for a seat on the board but Hertha's form has changed their plans. 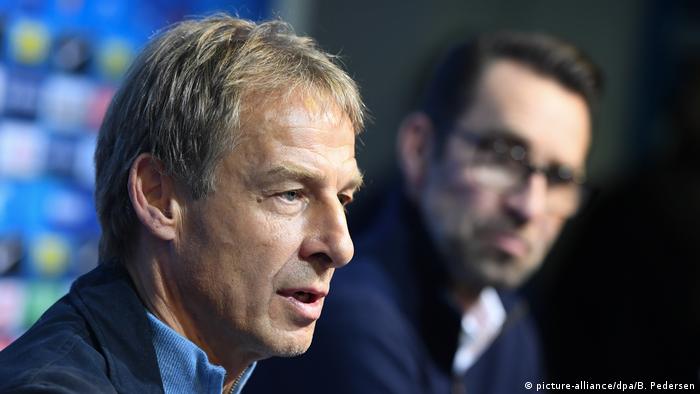 The capital city club, who sit 15th in the table after a shambolic 4-0 loss to Augsburg on Sunday, announced Jürgen Klinsmann's appointment until the end of the season on Wednesday, following much media speculation.

He replaces Ante Covic, a former youth coach who only took charge of Hertha at the start of this season following Pal Dardai's four years at the helm. Former Werder Bremen and Ingolstadt coach Alexander Nouri will join as Klinsmann's assistant, while former Germany fullback Arne Friedrich will be 'performance manager' and Klinsmann's ex-international teammate Andreas Köpke will leave his job with the DFB to become Hertha's goalkeeper coach.

Klinsmann, who won the World Cup and European Championship as a player, led Germany to third place at the 2006 World Cup before a stint as Bayern Munich coach was cut short before the end of his debut season. He then took over the United States national team, taking them to the World Cup in 2014 before a dreadful qualifying campaign for the 2018 tournament saw his contract terminated.

"Coaching international football is different from coaching a club, but both require commitment. My job is to get this club back up the table. If I can do that, the fans won't mind at all," he said at his unveiling on Wednesday, in response to a question from DW.

The 55-year-old, whose goalkeeping son Jonathan was previously on Hertha's books, was set for a role on the club's supervisory board with the club making changes following significant recent investment from Tennor Holding B.V, who now own slightly less than half of the club.

Klinsmann's first game in charge will be the visit of Borussia Dortmund, whose own coach, Lucien Favre, is under significant pressure, on Saturday.

Eight of Klinsmann's first 10 games will be against clubs currently in the Bundesliga's top 10 and with Hertha precariously close to the relegation playoff spot, he'll need to get to work quickly.

Under Dardai, Hertha had become a club renowned for stability and solidity, though those qualities sometimes came at the expense of excitement, with the Hungarian coach happy to grind out points through organization and discipline. Covic's attempts to tweak that formula and find more a more expansive style have fallen flat after a promising start that included an opening day draw away at Bayern Munich. Hertha haven't won in their last five league games and lost their first top-flight derby against Union Berlin.

In Germany international Niklas Stark and Marvin Plattenhardt, burly Dutch center back Karim Rekik, and promising young defenders Jordan Torunarigha and Maximilian Mittelstädt, Klinsmann has the tools to build a solid unit once again. However, tactics and organization have rarely been seen as his strongest coaching attributes, with youth development and man management more up Klinsmann's alley. The detail may be left to Nouri.

At the other end, there's plenty resting on the shoulders of record signing Dodi Lukebakio, who was benched for Covic's last game after a dip in form. The 21-year-old forward's €20-million ($22 million) preseason arrival from Watford after a strong loan season at Fortuna Düsseldorf was a sign of the changing financial times at the club, with his fee almost double that of their previous record signing. 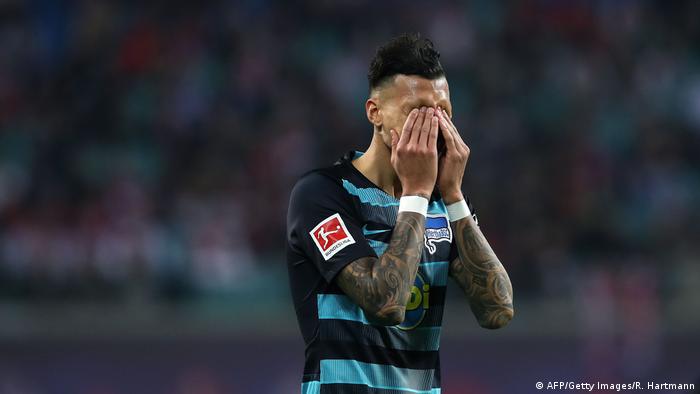 Hertha have looked blunt in attack in recent games

Veteran forwards Saloman Kalou and Vedad Ibisevic defined the Dardai era in an attacking sense but Klismann must move on. In Lukebakio, Davie Selke, 24, and Dortmund loanee Marius Wolf, 24, the incoming coach has talent up top but must find a way to get the best from them. As a man with well over 300 career goals in his playing days, he should be well qualified.

The initial investment of €125 million, which has since been increased, is a record amount for the Bundesliga and, as such, brings increased expectations.

"We see it as a long-term and promising agreement," said Lars Windhorst, Tennor's chairman and face of the deal, upon its announcement.

Windhorst's plans are believed to include finally moving Hertha to a new purpose-built stadium and giving Germany the kind of significant capital city club that cities like London or Madrid have long enjoyed.

Even as Klinsmann takes over, there are rumors that another former Bayern Munich coach, Niko Kovac, could be set for the job in the summer, with Klinsmann taking his seat on the board after all. Kovac made 138 Bundesliga appearances for Hertha and was born in Berlin's Wedding district. For now, it seems a big step down the Bundesliga ladder. But will that be the case come the end of the season?

Hertha face local rivals Union for the first time in the Bundesliga as the German capital takes center stage. With new financial backing and Berlin booming, it’s the perfect time for the 'Old Lady' to make a fresh start. (31.10.2019)

The largest single equity transaction in Bundesliga history has seen Lars Windhorst claim a minority stake at Hertha Berlin. The controversial businessman's investment has altered expectations in the capital. (29.06.2019)