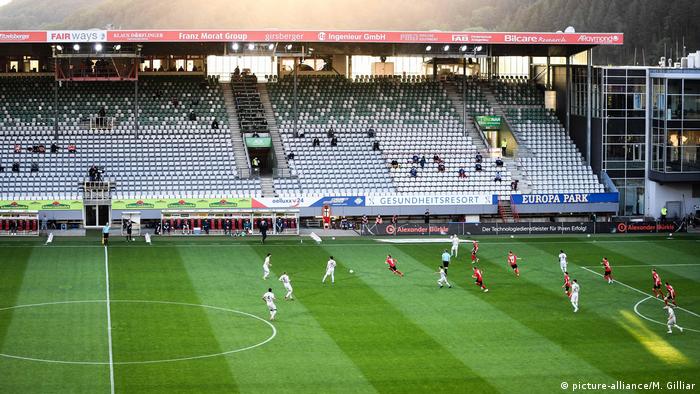 Could Schalke have played differently on Saturday with 60,000 fans behind them as they chased an equalizer that never came against Werder Bremen? Freiburg, Mainz and Wolfsburg also suffered home defeats this weekend and, who knows, maybe the Yellow Wall may have been the difference between Borussia Dortmund, the Bundesliga's strongest home team until this weekend, staying in the title race and dropping out of it.

The curse of the home team is a recent phenomenon and a symptom of the "Geisterspiele" (ghost games) era that the Bundesliga has opted for. Put aside for a moment the fan culture that makes German football so special or the important role clubs play in their communities, the presence of fans in the stadium can help turn defeats into ties, and ties into wins.

There are some away wins that have been inevitable, of course, and one could make the case that none of the away victories seen on matchday 29 were that unexpected. But this is a trend that shows no signs of abating, as long as fans are not allowed in, and begs the fundamental question: Are ghost games fair?

Freiburg head coach Christian Streich recently said: "For us [smaller teams] the absence of fans hurts us more than it does the top teams."

And teams at the bottom of the table hosting teams at the top — see RB Leipzig's thrashing of Mainz for example — could be seen as unfair on Mainz, whose relegation rivals have already had the chance to play Leipzig at home with fans present and, in Eintracht Frankfurt's case, beaten them.

Werder Bremen, who are battling against relegation, still have to host Bayern, with their chances of victory seemingly further reduced by the absence of fans. While we will never know what the outcome of these games would have been with home teams pushing them on, the statistics suggest a disadvantage.

Ghost games have been sold as a necessary evil in order to bring the game back to the people, but with home teams feeling like guests in their own stadiums, this phenomenon is another reminder that this isn't football as we know it.