This weekend, the Bundesliga is set to resume behind closed doors with "Geisterspiele," as the Germans call them. DW explains that word — and other handy German football terms that could enrich the English language. 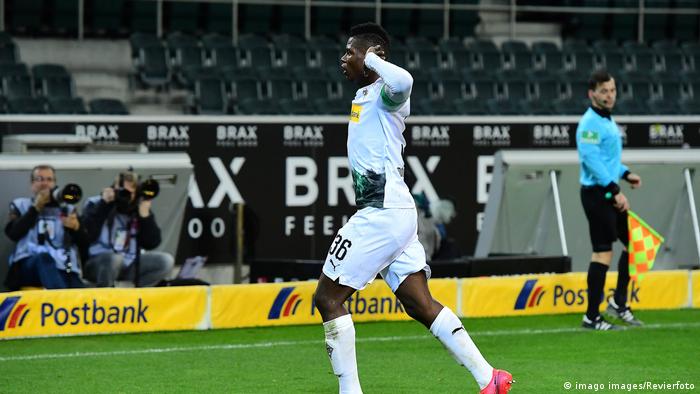 When German politicians gave the Bundesliga the green light to become the first major European football league to return to action, there was one unavoidable stipulation: matches must take place in empty stadiums, without supporters.

Fortunately, the wonderful German language already had a word for that: Geisterspiele, literally "ghost games." Much more concise and effective than "behind closed doors" in English, we can surely all agree.

So, in addition to "ghost games," what other useful German football expressions could we import into English to make everybody's lives that little bit more efficient? And what unique concepts and confusing Anglicisms do you need to look out for when the Bundesliga returns? 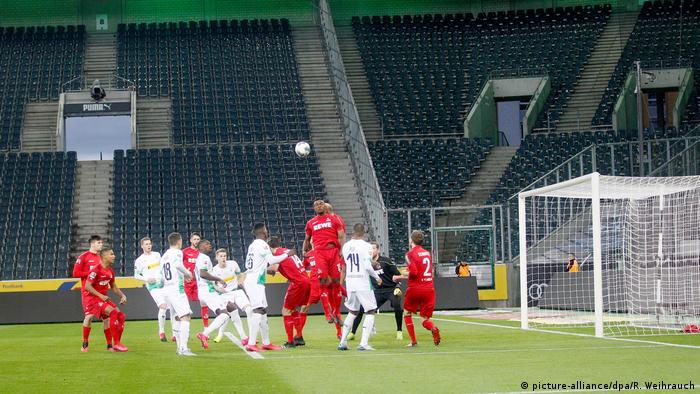 Literally meaning a ghost game, a "Geisterspiel" (plural: "Geisterspiele") is an informal term for a football match played without supporters in the stadium.

The official German equivalent of "behind closed doors" would be the equally haunting "Unter Ausschluss der Öffentlichkeit," which literally means "under exclusion of the public."

But the average German much prefers the simple "Geisterspiel." At DW, we're suggesting that the English-speaking world follows suit, so we're officially launching a campaign for the introduction of "ghost game" into English football parlance. 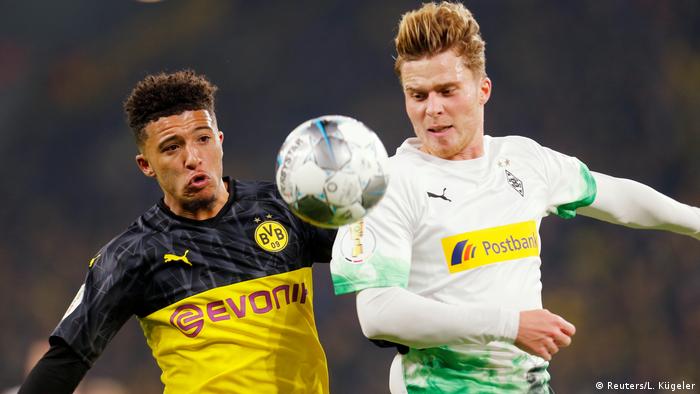 First preached by German football luminary Ralf Rangnick in the 1990s, "pressing" is the art of putting the opponent under pressure when they have the ball in an aggressive but carefully calculated manner, with the aim of winning possession and quickly launching a counterattack before the opposition can regroup.

"Gegenpressing," made popular by Jürgen Klopp at Borussia Dortmund, involves immediately pressuring the opponent the moment a team has lost possession, hence the literal meaning of "anti-pressing."

Once the preserve of tactics nerds and laptop coaches, the concepts of "pressing" and "Gegenpressing" are now well-established features of the football fan's vocabulary.

Sometimes referred to in English as a "high press," an "aggressive press" or even a "counter press," we still much prefer the original German: Gegenpressing. 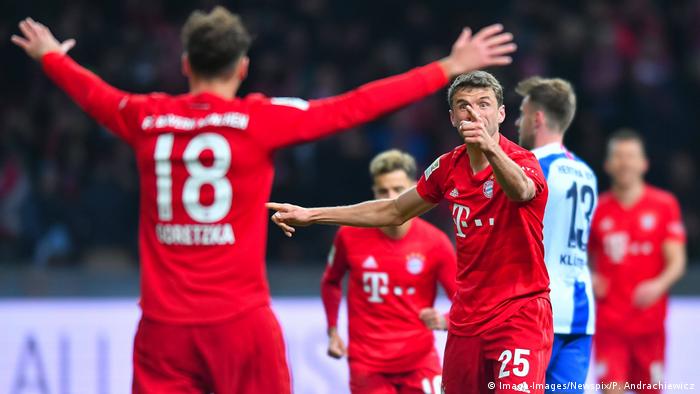 After splitting the points with Hertha Berlin in the 'Hinrunde,' Bayern Munich triumphed 4-0 in German capital to kick off the 'Rückrunde'

Like most leagues, the Bundesliga season involves all 18 teams playing each other twice — home and away. In Germany however, the season is very neatly split into two halves consisting of 17 matchdays each where the fixtures mirror each other.

The two halves are known as the "Hinrunde," the "going out round," and the "Rückrunde," the "coming back round." Think of the front nine and the back nine on a golf course.

The neat division of the Bundesliga into two halves is useful for the compilation of all sorts of statistics, not to mention long-term planning for travelling fans. Not only that, it also allows for a uniquely German award … 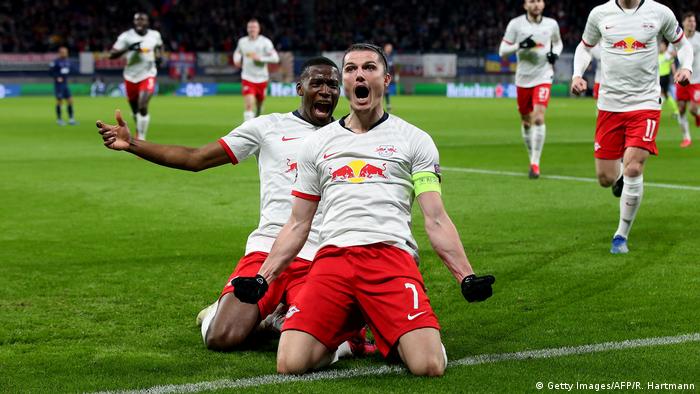 … the "Herbstmeister," or "autumn champions!"

Although often translated into English as the "winter champions," because December (or sometimes January) is generally considered winter rather than autumn, the "Herbstmeister" is the team which is top of the league at the end of the "Hinrunde" — in other words, at the halfway stage.

The identity of the Herbstmeister can sometimes give an indication as to who could win the league in May, such as Bayern Munich between 2012-13 and 2017-18. Although it can also give false hope, just ask Borussia Dortmund last season.

In the 2008-09 season, newly promoted Hoffenheim caused a stir when they were crowned "Herbstmeister" in their debut Bundesliga season, although they ultimately finished seventh as Wolfsburg won the league. 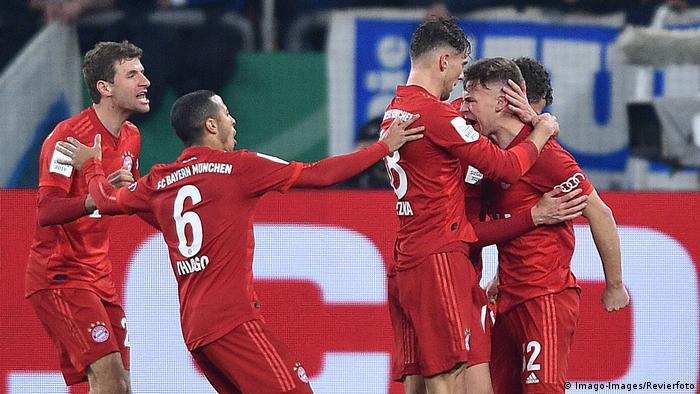 Bayern Munich's football division is 'ausgegliedert' from the rest of the club so it can attract investment.

Which brings us nicely onto another unique concept in German football — and pay attention because this one's complicated: "Ausgliederung."

In 1998, it was decided that clubs could break off their professional football divisions into a separate operation, usually in the form of a private, limited company. The process is known as Ausgliederung, perhaps best translated as "out-sourcing" or generally "separating away from something."

The idea was that these "outsourced" (or "ausgegliedert") football companies would be more attractive to investors who could pump money in and boost performance and competitiveness. The only stipulation was that the original parent club had to retain 50 percent of the shares in the out-sourced football division, plus one share. This is known as the 50+1 rule.

For example, Bayern Munich separated their professional football division into a limited company (the Bayern Munich AG) in 2001, but the original parent club holds 75% of the shares. Major shareholders Audi, Allianz and Adidas hold 8.33% each.

Currently, there are only five Bundesliga clubs who have not gone through the process of outsourcing: Schalke, Freiburg, Düsseldorf, Mainz and Union Berlin. They are proud of their status as entirely original "registered associations" — "eingetragene Vereine," or "e. V." for short.

Much of the antagonism towards the recent "Herbstmeister Hoffenheim" and RB Leipzig stems from exemption from, or circumvention of, the 50+1 rule and the process of "Ausgliederung." 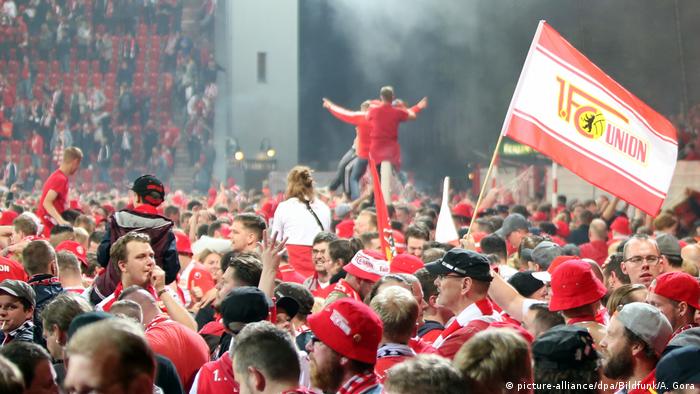 In German, the Relegation refers to the inter-division playoffs between the third-bottom team in the Bundesliga and the third-placed team in Bundesliga 2.

A "Relegation" also takes place between divisions two and three, and also between the champions of the five regional leagues which make up the fourth tier, in order to determine the three clubs promoted to the third division.

The German word for relegation, on the other hand, is "Abstieg." A team which gets relegated is called an "Absteiger," a word which rival fans often chant at them in mockery of their failure. 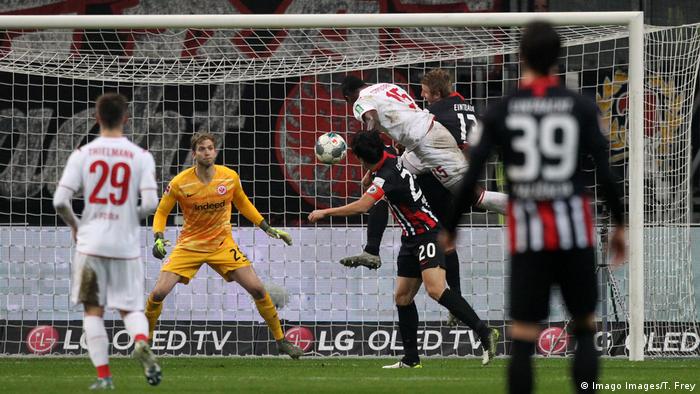 Cologne beat Eintracht Frankfurt during an 'Englische Woche' in December 2019

An "Englische Woche" (or "English week") is a week in which clubs play three matches in the space of seven days, typically weekend, midweek and the next weekend.

This is usually because of domestic cup or European matches but can also occur when a normal round of league fixtures is scheduled in midweek.

The term is based on the fact that English league divisions typically have more teams (20 in the Premier League and 24 in the Championship) while there are also two cup competitions (the FA Cup and the League Cup), meaning that more matches have to take place in midweek.

In fact, German football has often looked to England for its phraseology throughout history … 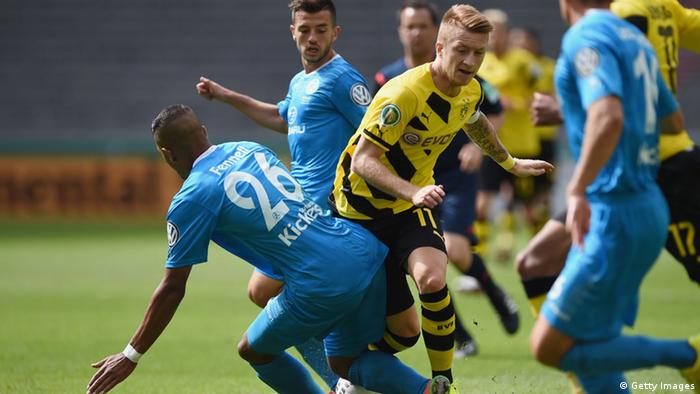 In German, a "Kick" is not only what Eric Cantona did to an abusive fan in 1995, it's also an informal word for a game of football itself.

Similarly, a footballer could be referred to as a "Kicker," which is also the name of Germany's most important football magazine.

In the early days, clubs often named themselves "Kickers," the most well-known of which remain Stuttgarter Kickers, Würzburger Kickers and Kickers Offenbach. 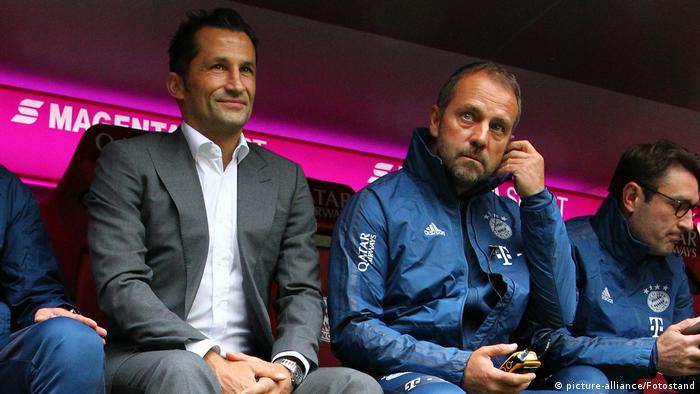 And Anglicisms are still very much in vogue today, particularly among the coaching staff, but they don't necessarily mean the same thing, which is partly to do with how German clubs are structured.

It's common in Germany for a football club to have a "Sportdirektor" or "Manager" responsible for squad building, transfers and other bureaucracy.

Meanwhile, down on the touchline or out on the training pitch, it's the "Trainer" who picks the team, decides on tactics and gets sacked first when it all goes wrong. 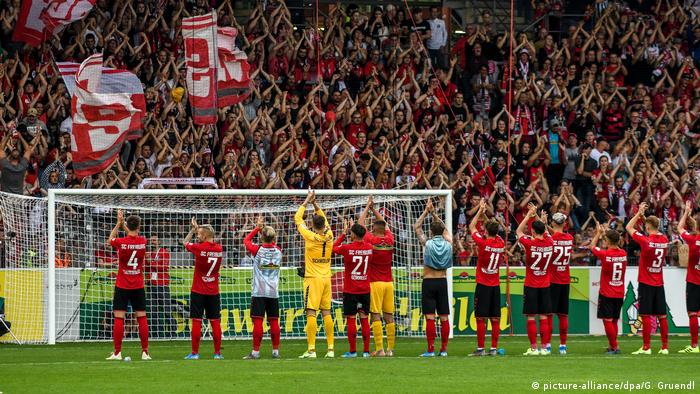 Last but not least, the fans.

The "Aktive Fanszene" — directly translated as "active fan scene" — consists of those hardcore supporters who are organized in fan groups and fan clubs, and whose engagement with their club goes beyond just 90 minutes on a Saturday.

Often including, but by no means limited to, the vocal ultras, the "Aktive Fanszene" are not only responsible for the raucous atmospheres at Bundesliga games, they're also the ones who hold their clubs to account and keep the game in check, especially when it comes to issues such as ticket prices, Monday night football, takeovers, or even "Geisterspiele!"

At many clubs, the "Aktive Fanszene" will have a direct line of communication to the club and may even be represented on certain boards. They also maintain links to fans of other clubs, including rivals, in order to coordinate nationwide campaigns, and are engaged in their communities.

When the Bundesliga's "Rückrunde" resumes with "Geisterspiele" this weekend and you can hear the "Trainer" calling for more aggressive "Gegenpressing" in order to avoid slipping into the "Relegation," the absence of the "Aktive Fanszene" will be clear to see.

Bundesliga clubs, players, wonderkids and coaches: A guide to the restart

Though it's controversial, the Bundesliga’s return this weekend makes it the first European league to restart. With all eyes on Germany, DW runs through the teams, players, coaches and culture of the Bundesliga. (12.05.2020)

Miroslav Klose will join Hansi Flick's first-team coaching staff at Bayern Munich. Klose's progression as a coach may appear a given after such a stellar playing career, but the 41-year-old hasn't taken any shortcuts. (09.05.2020)