The Norwegian striker's goal from the bench against Wolfsburg was a positive sign for Borussia Dortmund after a tough week. He will be crucial for the club going forward, especially against Bayern Munich next week. 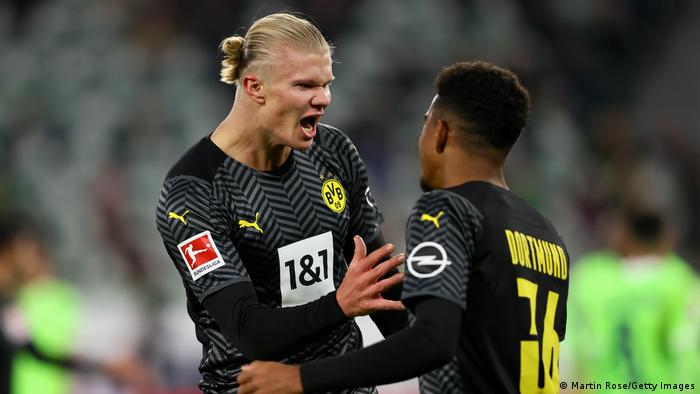 Not many players in football can change the atmosphere of a game like Erling Haaland can.

But when he stood on the touchline, preparing to come on for Donyell Malen in the second half of Dortmund's game Saturday against Wolfsburg, the noise resonating from the Dortmund away end at Volkswagen Arena trumped anything happening on the field.

The anticipation surrounding the Norwegian striker's return from a hip flexor injury was well justified. With his first touch, he forced a save from Wolfsburg goalkeeper Pavao Pervan. Shortly after, he marked his return by tapping in a Julian Brandt cross with an outstretched leg.

"He's very important to the team," Emre Can told Sky Sport after the game. "Having a striker like that gives the whole team confidence."

At least for a moment, Dortmund's Champions League elimination earlier in the week was forgotten and the Black and Yellows can look foward to next week's visit of Bayern Munich with renewed confidence that Haaland can keep them in the Bundesliga title race.

There was little doubt entering the season that Haaland was paramount to Dortmund's plans. After all, the club made clear that he would not be allowed to leave the club despite efforts from agent Mino Raiola to force the club's hand. 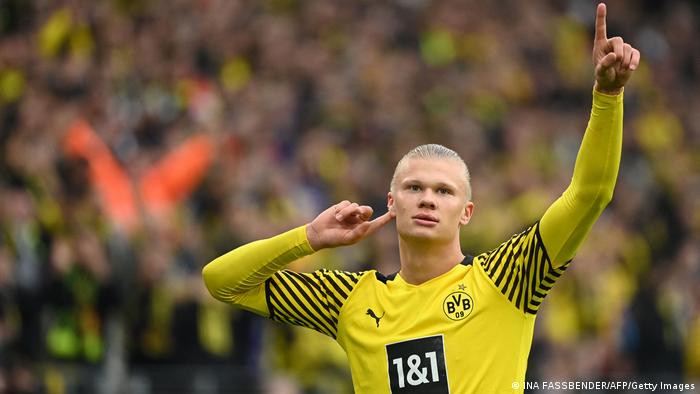 Erling Haaland was the Bundesliga's joint top scorer before his injury

So the hip injury he suffered in October put the club in a tough spot. At the time, Dortmund were a point behind perennial league Champions Bayern and Haaland was tied with Robert Lewandowski for most goals in the division.

Without him in the fold, head coach Marco Rose had to turn to Malen, the club's top summer transfer, to lead the line - but the Dutchman has struggled.

Head coach Marco Rose twice voiced his displeasure with Malen's workrate against the ball, including aftera crucial 2-1 loss to RB Leipzig, and the 22-year-old's form has picked up since.

But Haaland's absence also further exposed Dortmund's defensive issues. Rose's side has just kept one clean sheet in the Bundesliga this year and embarrassing defensive blunders were on display in losses to Ajax and Sporting in the Champions League. Against Wolfsburg, they fell behind early for the third game in four.

Nonetheless, Dortmund have held their own in the Bundesliga. Their comeback in Wolfsburg put them temporarily top of the Bundesliga ahead of Bayern Munich's game against Bielefeld — an endorsement of the club's league form without Haaland.

"We played a few tidy games without Erling," Rose said. "But take a decisive player out of any team in the world and see what that does to that team." 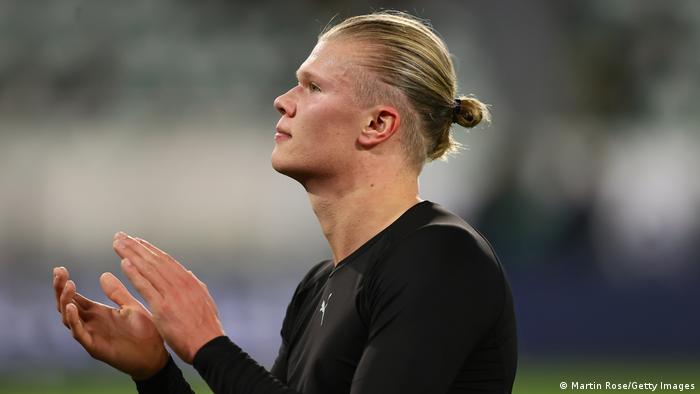 How much of a difference can Haaland make?

Haaland's return could not come at a better time, with Dortmund's game against Bayern next week set to be vital in determining whether the Bundesliga will have a genuine title race in the new year.

But having the striker back in the fold will not be a simple cure to the club's issues. Rose's side is still missing several key pieces like Raphael Guerreiro and Thorgan Hazard and whether Malen, who scored in his third consecutive game on Saturday, can continue to thrive next to Haaland is also an open question.

The two have limited time playing with each other due to Haaland's injury and Malen's steep learning curve. Still, having Haaland in your team is better than not, which is enough for Rose.

"It's important, no question," Rose said of Haaland's return. "He brings energy. The prospect of having him in the squad over the next weeks is good."

Sports Life - Who are the best football-strikers?