The president of Hannover has failed in his attempt to assume majority control of the Bundesliga club. Martin Kind had sought to be granted an exemption from a rule designed to avoid takeovers from individual investors. 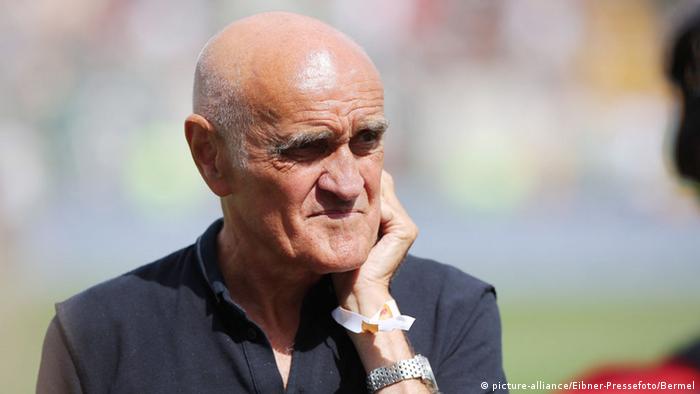 The German Football League (DFL), which operates the Bundesliga, announced in a statement issued on Wednesday that its executive committee had voted unanimously to reject Martin Kind's application for an exemption from the 50+1 rule relating to Hannover 96.

In the statement it said that the committee had found that Kind had not met the requirement for being granted a rare exemption from the rule, which requires the controlling stake of a Bundesliga club to be held by its membership. This is meant to prevent wealthy outside investors from sweeping in and seizing control of clubs overnight — something that distinguishes the Bundesliga from other major football leagues such as England's Premier League or Spain's La Liga.

The DFL said that the executive committee had examined the case carefully over the past few months, with Kind having been given an opportunity to present his case personally on more than one occasion. It found that Kind had not met the key requirement of "considerable investment" in the club over an uninterrupted period of 20 years or more.

The DFL defines considerable investment as being an annual sum equal or above that paid to a club by its main sponsor – averaged out over two decades.

Kind's fight not over

A few hours after the DFL's announcement, Kind derided the decision, saying it amounted to  a "confession of failure." He also stated his intention to take the DFL to court over the issue, announcing that he would soon instruct his people to "initate the necessary and legal steps."

Not all of the 36 Bundesliga and second division clubs support the 50+1 rule, with some arguing that it makes it more difficult for the league to compete with the Premier League or La Liga. However, in March, a majority of the clubs voted in favor of retaining the rule.