The president of Hannover 96 has launched another attempt to assume majority control of the Bundesliga club. Martin Kind had put a previous attempt to do so on hold earlier this year. 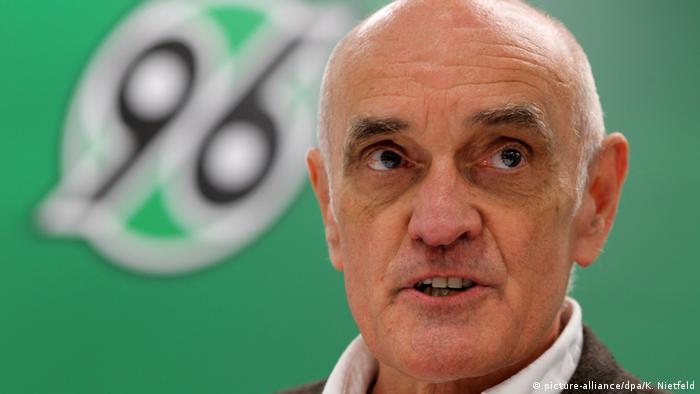 The German Football League (DFL), which operates the Bundesliga, said on Tuesday that it had received a letter from Hannover 96 president Martin Kind, in which he announced that he was reactivating his earlier takeover bid.

"The DFL presidency will thus deal with the motion for an exemption and take a decision in due course," the DFL said.

Kind is seeking an excemption from the "50+1" rule, which requires the controlling stake of a Bundesliga club's to be held by the club's membership. This is meant to prevent wealthy outside investors from sweeping in and seizing control of clubs overnight — something that distinguishes the Bundesliga from other major football leagues such as England's Premier League or Spain's La Liga.

Exemptions to the rule are rare but possible if a company or an investor has spent considerable sums of money on any given club over a period of at least two decades. To date, three clubs have been granted exemptions from the rule:  Wolfsburg (Volkswagen), Bayer Leverkusen (Bayer AG) and Hoffenheim (SAP co-founder Dietmar Hopp).

Kind, 74, has said that he has invested in Hannover for more than 20 years but put his application on hold back in February after the DFL indicated that it wouldn't allow him to seize control of the club at that time.

In March, a majority of the 36 Bundesliga and second division clubs voted in favor of retaining the 50+1 rule.