It was a weekend of high drama at the top of the table as leaders Gladbach came unstuck, Dortmund fell apart and Bayern got back to their best. The same can't be said of Hertha Berlin, who are in big trouble. 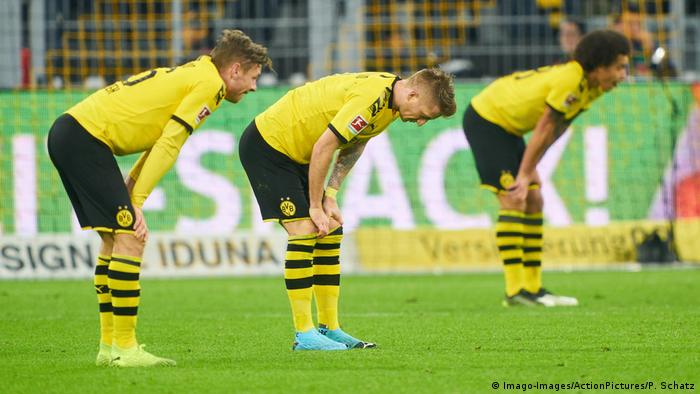 Where else to start but right back at the beginning? The first match of the weekend saw a classic game of two halves as Borussia Dortmund fought back from a 3-0 half-time defecit to rescue a 3-3 draw at home to Paderborn. They probably eschewed the champagne celebrations, however, with Paderborn rock bottom in the table. The visitors would actually have doubled their win tally for the season had they held on. The pressure is piling up on Dortmund coach Lucien Favre, who has reportedly been given one more game to save his job. Good thing their next opponent is Lionel Messi's Barcelona in the Champions League then.

The Borussia Mönchengladbach party bus hit a large bump in the road in the form of Union Berlin. The Bundesliga leaders fell to a 2-0 defeat in the capital on Saturday, reducing their advantage at the top of the league to just one point. Gladbach didn't look themselves at all - and not only due to the inexplicable decision to wear blue kits - as chance after chance went begging. Union, meanwhile, move up to 11th and are gradually beginning to look as if they belong at this level.

The Bundesliga's other captial city club turned in an absolutely calamitous display on Sunday, losing 4-0 to Augsburg. First Hertha Berlin's defense watched Philipp Max's wide free kick bounce in then goalkeeper Rune Jarstein took the heaviest of touches on a regulation backpass, hacked down his opponent and saw Sergio Cordova's rebound fly in. The keeper's misery was then compounded when he was sent off for the tackle. Increased investment, a change of coach and the boardroom appointment of Jürgen Klinsmann don't appear to be doing the trick. Hertha haven't won in five, trail Union by five points and are only two points clear of the relegation playoff spot. Their next eight fixtures are all against sides currently in the top 10. Time to panic?

Bayern Munich once again reminded the watching world they're the daddy when it comes to German football. The serial Bundesliga champions had been going through a bit of soul-searching, what with all the recent coaching and boardroom upheaval. But the days of Niko Kovac staring blankly into space as Bayern struggle to break down lesser opposition are over, as evidenced in their 4-0 thumping of Fortuna Düsseldorf on Matchday 12. Bayern seem to be enjoying themselves again and the win moves them to within just one point of the top spot.

Not one of those four goals arrived via the boot or head of Robert Lewandowski, however. The Bayern Munich goal machine failed to score in the league for the first time this season. He'd managed 16 goals in 11 appearances up until matchday 12 but was unable to find the back of Zack Steffen's net in Düsseldorf. He's past it!

RB Leipzig: Deutschemeister? Maybe! The team fans love to hate went second after a dominant 4-1 victory over Cologne at the Red Bull Arena, level on points with Bayern but ahead on goal difference. Who knows if that 8-0 thumping of Mainz on matchday 10 will still be the difference between the teams come the end of the season. Either way, this was another excellent display capped off by a stunning freekick from Emil Forsberg. Cologne remain in the relegation zone with a measly seven points from a possible 36. 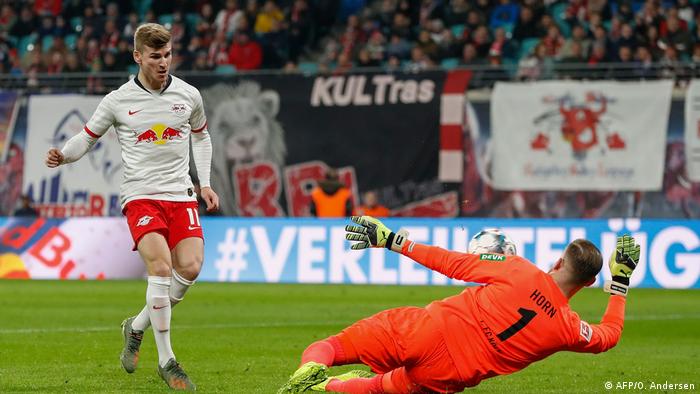 To rub salt in the wound, Achim Beierlorzer, the coach Cologne sacked after their last defeat, pulled off a stunning 5-1 away victory over Hoffenheim with his new club Mainz despite playing the majority of the match with 10 men. That gives the Zerofivers a five point cushion over Cologne. Is there such a thing as being sacked upwards?

— "We have to apologize to everyone in the stadium for the performance. I have no explanation for the first half...We must never perform like that again. That was shameful."
Not for the first time this season, Marco Reus is the man put up to face the music at Borussia Dortmund.

— "Lucien who still have our faith but one thing is clear: football is defined by results in the end,"
Dortmund CEO Hans-Joachim Watzke delivers the dreaded vote of confidence to Favre.

— "The home atmosphere is important. This support is great not just for players but for the coach. They stand behind us. They give us confidence. In tight games, they maybe give us more energy."
Union Berlin coach Urs Fischer on his side's fortress in the forest.

— "We have to take responsibility for the fact that we didn’t show up for 60 minutes of the game."
Werder Bremen's Florian Kohfeldt doesn't let his struggling players off the hook.

— "It is definitely fun. We have more control than before. We are higher up on the pitch which helps us."
Manuel Neuer is enjoying life under Hansi Flick

— Timo Werner became the youngest person to reach 200 Bundesliga appearances. The RB Leipzig striker has packed a lot into his 23 years and 262 days, scoring 75 times in Germany's top flight.

— The 2-0 loss to Union Berlin was the 400th time Borussia Mönchengladbach have failed to score in a Bundesliga match. 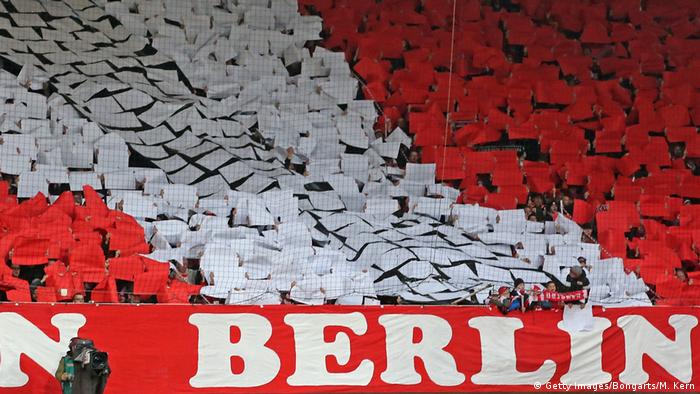 Plenty happening off the pitch this weekend. As Urs Fischer alluded to, the atmosphere at Union Berlin's Stadion An der Altern Försterei was electric, with some impressive choreos, while many Cologne's fans once again boycotted their side's trip to face RB Leipzig. But there were ugly scenes in Bremen, where a group of 20 to 30 people, some wearing Bremen scarves, stormed a restaurant and attacked a 20-year-old man and his father, who required hospital treatment. Police arrested 23 people.

Bundesliga: The big questions on the run-in to the winter break

The Bundesliga returns from the international break this Friday, kicking off a run of six matchdays in a month before the winter break. What are the key issues at Borussia Dortmund, Bayern Munich and elsewhere? (21.11.2019)