On a weekend that saw the blue side of Berlin happier than the red and Dortmund without Erling Haaland in Frankfurt, the best action was found in Munich. All that and more in DW's Bundesliga roundup. 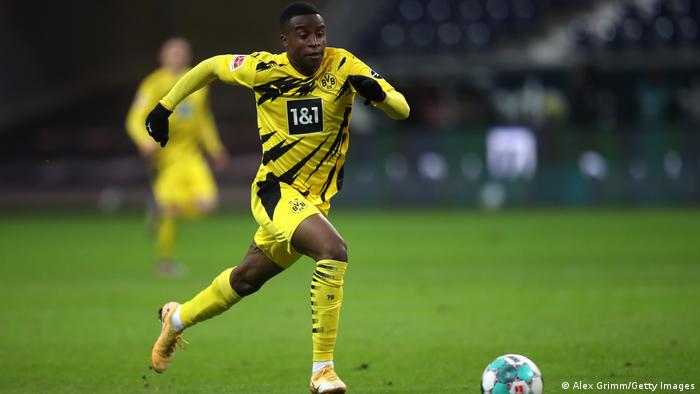 — Bayern in game of the season contender

— Shake up in race against relegation

In Frankfurt, Borussia Dortmund struggled without their two most in-form players — Erling Haaland and Raphael Guerreiro. Daichi Kamada took advantage of a slow and lacklustre Dortmund opening, but the longer the game went on, the more Dortmund started to look more dangerous. Youssoufa Moukoko came on at halftime, Gio Reyna equalized but in the end Lucien Favre's men couldn't find a winner and nearly conceded a second in a somewhat frantic finish.

Bayern in game of the season contender

In Saturday's late game, Bayern and RB Leipzig delivered a six-goal thriller that saw the sides share the points. It was the perfect game at the perfect time for the Bundesliga, as the title race remains close going into the final stretch of the first half of the season. Just four points separate Bayern in first from Dortmund in fourth.

Shake up in race against relegation

Cologne and Freiburg both picked up a point but it was Arminia Bielefeld's win over Mainz that really shook up the Bundesliga's relegation battle. With Mainz in form, Bielefeld's win came against the run of play but in the end it was what the home side deserved. Ritsu Doan scored and was the key man again.

Cologne twice had the lead but a point against the still undefeated Wolfsburg is no bad return. Freiburg and Gladbach played out a thrilling draw that meant both sides missed the chance to win. That all means Bielefeld move into the relegation playoff spot, Mainz into an automatic relegtion spot and Schalke look even more adrift after a 3-0 loss to Bayer Leverkusen on Sunday made it 26 games without a win.

It hasn't been easy for strikers at RB Leipzig since Timo Werner left, but for Emil Forsberg it might have been the best thing. Leading the line against Bayern, the Swede looked excellent. His assist for the opener was perfectly weighted, and he scored his first Bundesliga header in the second half. The signs were there at the start of the season, but now it is clear: No Werner, no problem for RB Leipzig. 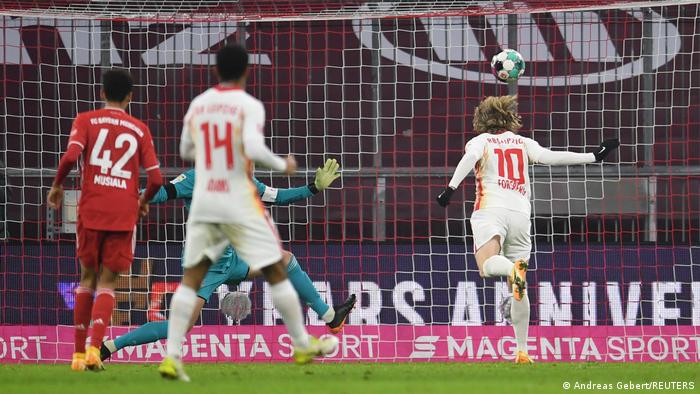 Emil Forsberg was instrumental in RB Leipzig's performance in Munich

The Bundesliga might be used to teenagers stealing the show, but from the moment Jamal Musiala came on for Bayern Munich he changed the game. The 17-year-old Englishman was praised afterwards by Hansi Flick for wanting the ball and it was that desire that led to his goal. He looked right at home in Bayern's toughest game of the season. 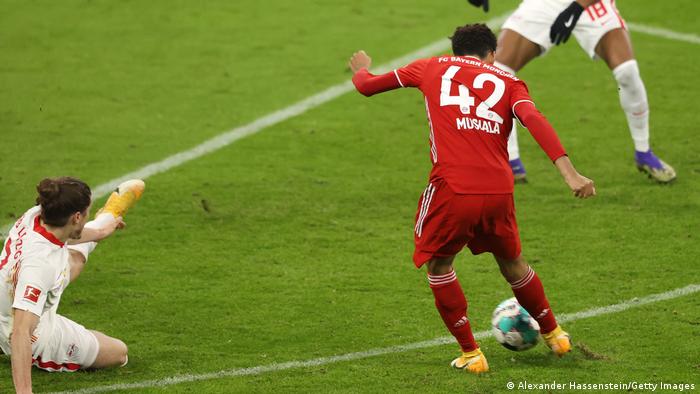 Jamal Musiala was once again an outstanding performer

Admittedly, his squad is deeper than most but Julian Nagelsmann's game plan against Bayern was close to perfect. His side put Bayern under pressure early, exposed the slower players in the opposition and, despite the hectic schedule, managed to push themselves all over again. While already famous beyond Germany's borders, this game will have done his reputation no harm at all. 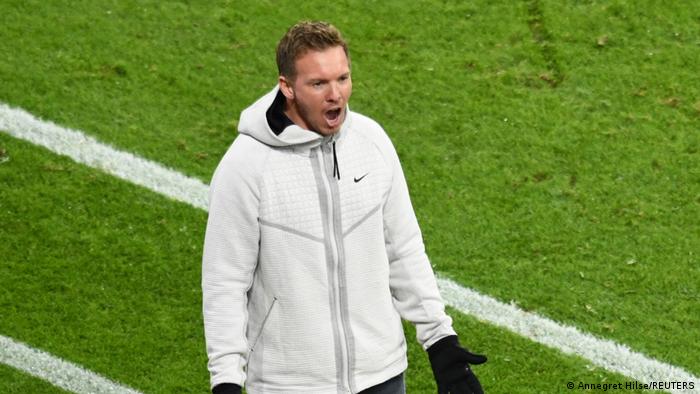 Julian Nagelsmann got it right against Bayern Munich